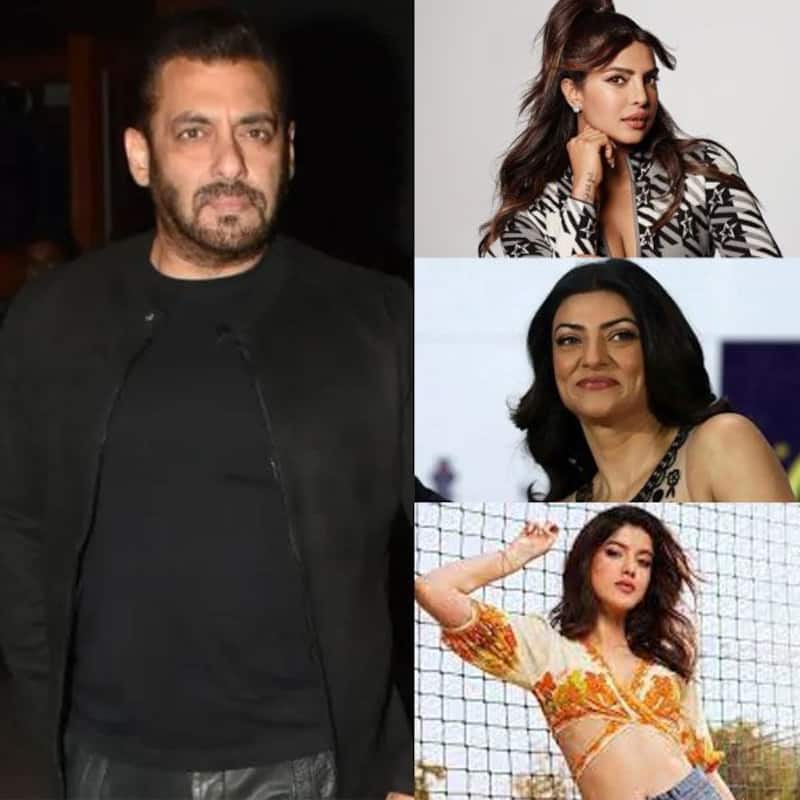 The world of entertainment has been very exciting today and we bring you a wrap of all the trending Bollywood news of the day. From Salman Khan in remake of an 80s superhit; Priyanka Chopra reacts to Sushmita Sen's trolling; Shanaya Kapoor's Bedhadak update and more; here's a look at the top trending entertainment news today. Also Read - Kaun Banega Crorepati 14: Besides Aamir Khan, Ranbir Kapoor, Alia Bhatt and more Bollywood stars set to appear as guests on Amitabh Bachchan's show

Bedhadak: Is Shanaya Kapoor’s debut film shelved? The truth is finally OUT

Sanjay Kapoor and Maheep Kapoor’s daughter, Shanaya Kapoor’s debut film Bedhadak was announced a few months ago. There were reports that Bedhadak has either been shelved or indefinitely postponed. But, now finally the truth is out. The movie’s team has shared the official statement and cleared that the film is on track and it will go on the floors early next year. Currently, the actors are doing script reading sessions and undergoing workshops. Read Also Read - Laal Singh Chaddha vs Raksha Bandhan box office collection: Aamir Khan's film takes lead over Akshay Kumar starrer with advance bookings

Salman Khan and Shah Rukh Khan are going to reunite again in the movies. Aamir Khan seems to have played a pivotal role in bringing together Salman Khan and Shah Rukh Khan in a film helmed by AR Murugadoss. Reportedly, SRK and Salman liked the script idea and there was a hush-hush meeting between the actors that took place. AR Murugadoss had approached Aamir with the thought of bringing two superstars together. Read. Also Read - Friendship Day 2022: Charu Asopa pens a note for daughter Zianna; says, 'will always be there for you'

Salman Khan is about to star in yet another remake multi-starrer Bollywood film. A well-placed source within the industry has exclusively apprised BollywoodLife that Salman is in talks to cast the actor in a remain which was a 3-hero project. The film had released in the same year as Salman Khan's Maine Pyar Kiya. Read

Shah Rukh Khan's picture from the sets of Dunki gets leaked on social media and fans are going gaga over his latest appearance. Shah Rukh Khan is currently shooting in London for his upcoming film Dunki. The actor donned a plaid shirt and paired it with black trousers. He was also seen wearing a bracelet and looked handsome in a rugged look. Read.

Priyanka Chopra who is an ardent fan of Sushmita Sen is hailing the actress for clapping back at the trolls for calling a gold digger. She dropped a comment that read, "Tell em Queen', with a fire emoji. Sushmita penned a long note while hitting back at the troll and wrote," Perfectly centred in my being & my conscience…I love how nature merges all it’s creation to experience oneness…and just how divided we are, when we break that balance. It’s heartbreaking to see just how miserable & unhappy the world around us is becoming". She further wrote, " The so called intellectuals with their idiosyncrasies….the ignorant with their cheap & at times funny gossip .The friends I never had & the acquaintances I’ve never met….all sharing their grand opinions & deep knowledge of my life & character…monetising the ‘Gold Digger’ all the way!!! Ah these geniuses!!!" Read.