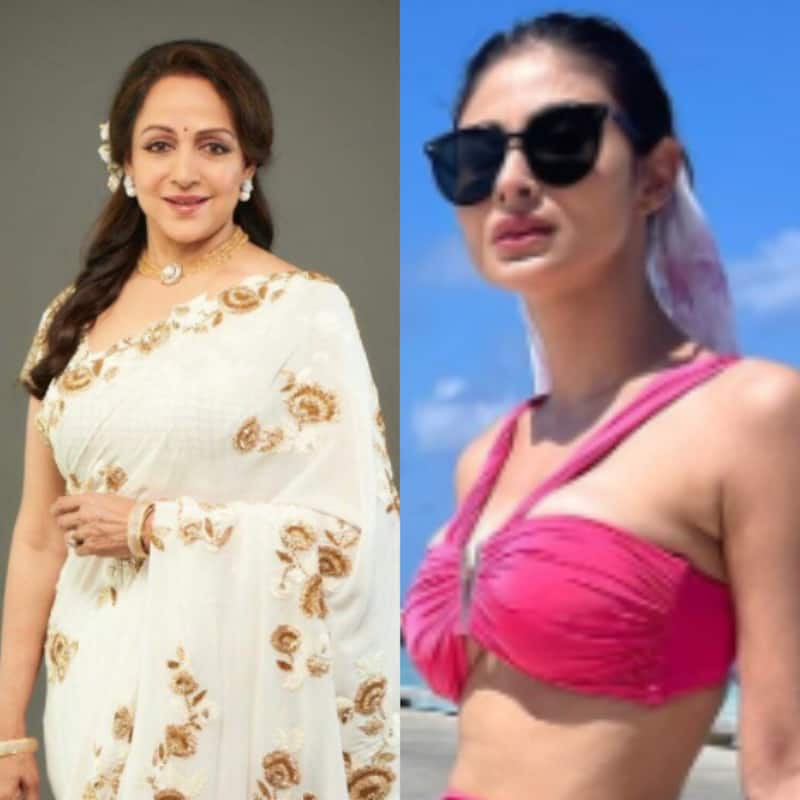 Brahmastra actress Mouni Roy has broken her silence on whether Junoon would be a part of the second and third movies. She has said it depends on Ayan Mukerji. Hema Malini took a sarcastic jibe at Kangana Ranaut in Mathura. Here is a lowdown... Also Read - New dad Ranbir Kapoor takes his fancy E-bike worth Rs 1,46 lakh for a ride; observes full precautions in post-Covid times [VIEW PICS]

Brahmastra 2: Mouni Roy all set to make a comeback as Junoon
Mouni Roy has been loved by one and all as Junoon in Brahmastra 2. The actress' character ended in Brahmastra. Mouni Roy was asked by India Today if she would make a comeback on the second and third film of the trilogy. She said that she hoped that she did be a part of the same but said it rested in the hands of filmmaker Ayan Mukerji. Mouni Roy said she was manifesting that she did be part of the upcoming movies too. Also Read - Mouni Roy flaunts her curves in bodycon dress; fans say she has become even more beautiful after marriage [View Pics]

Richa Chadha and Ali Fazal's marriage deets
As we know, Ali Fazal and Richa Chadha are going to marry on October 6, 2022. The couple plan to have a couple of functions in Delhi and Mumbai. The couple want their friends to enjoy without restrictions. There is nothing like a no-phones policy or something of that sort.