Trending Entertainment News Today: Shah Rukh Khan posted a picture on social media in his Pathaan shirtless look which made fans crazy, Shweta Bachchan has said that she is not financially independent and does not wish that for her kids, Navya Nanda and Agastya. The first look video of Heart Of Stone starring Alia Bhatt is out 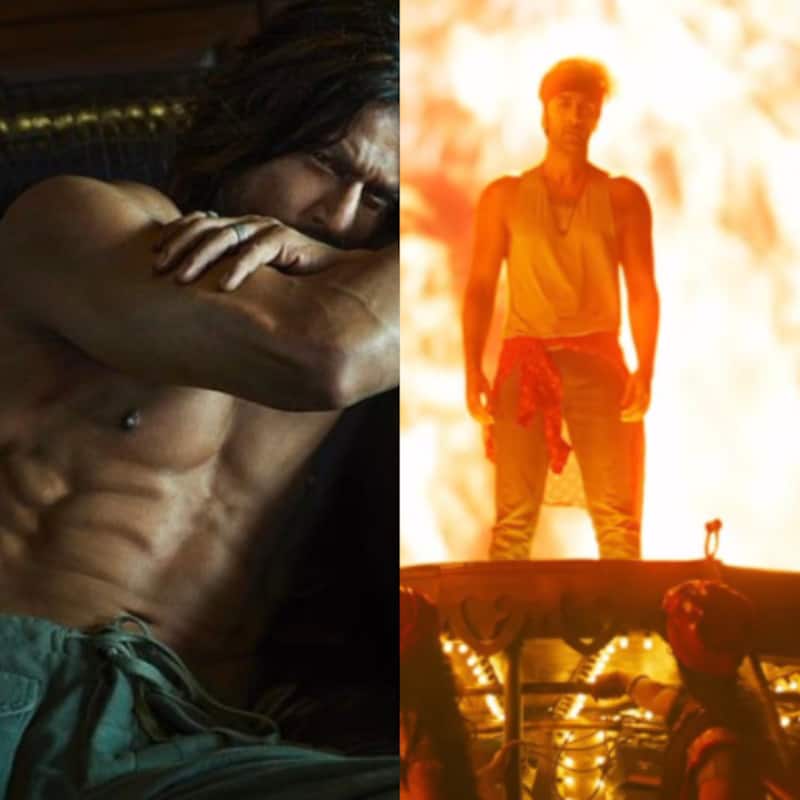 Shah Rukh Khan upped the excitement for Pathaan as he shared a deadly shirtless pic on social media. Heart of Stone first look is out via a video and we can see Alia Bhatt as Keya Dhawan. Shweta Bachchan said that she is not financially independent and would not wish the same for her kids. Here is a lowdown... Also Read - Shah Rukh Khan movies that failed at the box office; all eyes on Dunki, Pathaan, Jawan now

Shah Rukh Khan's Pathaan looks wins over social media
Pathaan and Shah Rukh Khan trended like crazy as the superstar dropped a shirtless pic. Fans could see his toned abs for the movie in their full glory. With his long hair, beads and grunge pants he exuded the powerful and rockstar vibe that is making Pathaan such a rage. Social media heaped praise on the actor who has worked very hard to get this look. Also Read - Neha Bhasin is a pro at flaunting her curves in swimwear; singer's bold stance will make you cheer for her

Brahmastra makers to benefit from smart pricing
The makers of Brahmastra saw the terrific results of National Cinema Day and have decided to pull off a masterstroke. The movie will be priced at Rs 100 per ticket from September 26 to 29. The footfall of the film was above Rs 10 crore on day 15. This means that there is still immense potential.

Read More: Brahmastra: Makers of Ranbir Kapoor-Alia Bhatt starrer pull a masterstroke; movie to be screened at THIS price in its third week [Read Deets]

The makers of Heart Of Stone have shared the first look video. The movie stars Gal Gadot, Jamie Dornan and Alia Bhatt. It is a high-octane spy thriller. The film will come on Netflix. Gal Gadot and Netflix had a bumper hit with Red Notice. It is being readied for a sequel now. Alia Bhatt plays Keya Dhawan.

These were the headlines that dominated the world of entertainment.