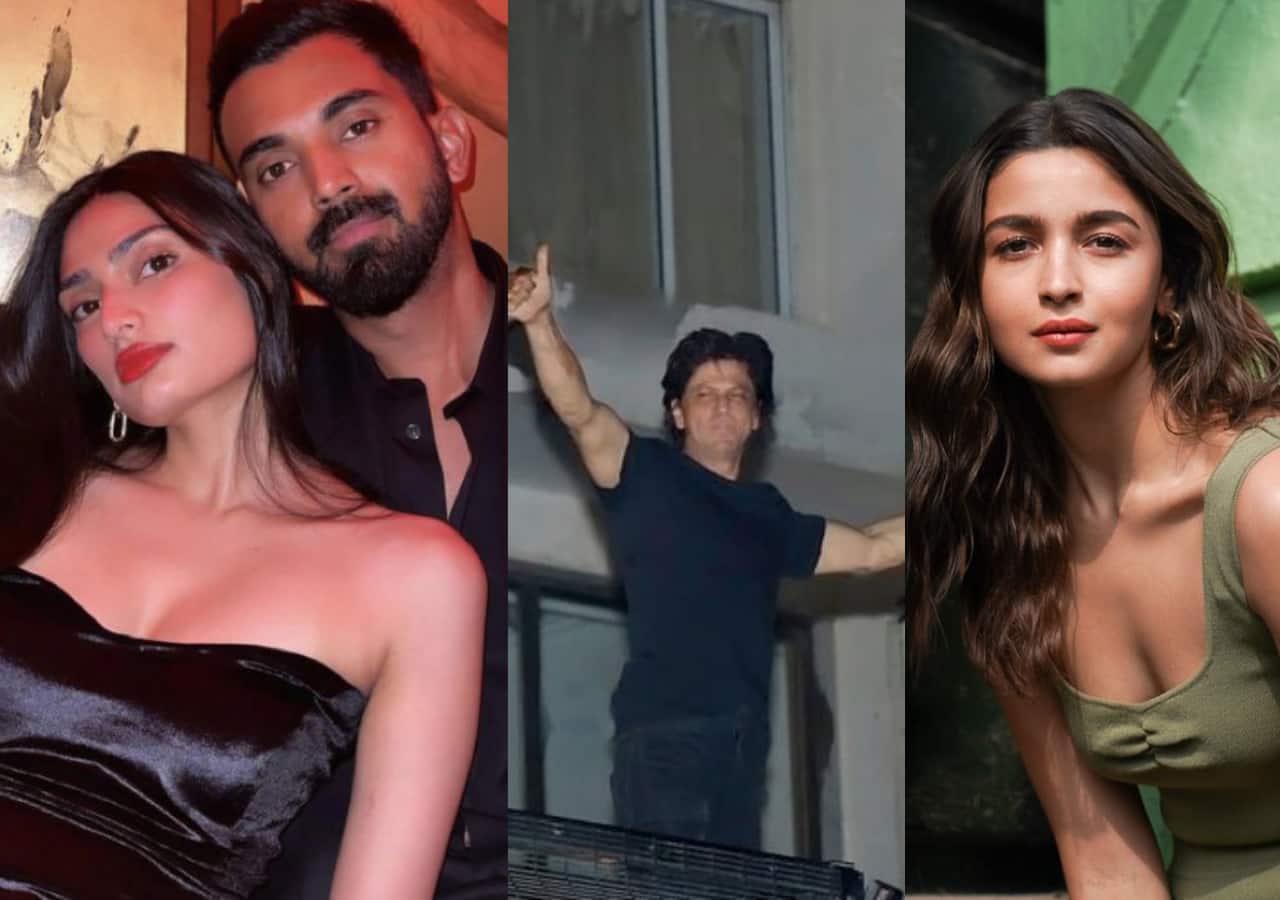 It's time to give a wrap on who and what made the news in the Entertainment News section today. We have top stars Shah Rukh Khan, Alia Bhatt, Kartik Aaryan on the list. Since KL Rahul and Athiya Shetty are tying the knot soon, they have grabbed headlines for their pre-wedding functions. Ranbir Kapoor, Sonali Bendre and more have made the news today. Let's meet the Entertainment Newsmakers of the day: Also Read - Pathaan advance booking: Shah Rukh Khan-Deepika Padukone starrer to have a kickas* opening weekend; eyeing triple century

Shah Rukh Khan, Deepika Padukone and John Abraham starrer movie Pathaan is releasing on 25th January 2023. And it's just a couple of days away. Advance Bookings for Pathaan till Sunday evening were revealed and it has sold a lot of tickets just for day one. It's gonna be a five-day weekend for Pathaan and its buzz is super high. Check out the latest advance booking reports here. Also Read - Did Rohit Shetty hint at making Chennai Express 2 with Shah Rukh Khan and Deepika Padukone? Fans feel so

Is Alia Bhatt pregnant for the second time? Here's truth

Alia Bhatt is not just a phenomenal actress, producer and entrepreneur but now a wife and a mother too. Alia Bhatt and Ranbir Kapoor welcomed a baby girl in November last year. The two are busy being parents to little Raha. And in the middle of it all, rumours surface that Alia is pregnant for the second time. But, that's not true. Here's the truth. Also Read - Trending Entertainment News Today: Suhana Khan-Shanaya Kapoor party with Kendall Jenner, Pathaan star Shah Rukh Khan to skip The Kapil Sharma Show and more

Kartik Aaryan clears the air on fall out with Karan Johar

Kartik Aaryan and Karan Johar were going to work on a film together called Dostana 2. However, the two had an alleged fallout. It was one of the biggest news in the Entertainment News back then. It was said that Kartik refused the film because of money. Well, let KArtik Aaryan tell you the truth himself. Here's what he has to say.

Suniel Shetty's daughter Athiya Shetty and KL Rahul's Sangeet Sandhya happened a couple of hours ago in Khandala. It was attended by a lot of celebs and cricketers. The DJ was playing music, there was an assorted team of chefs serving delicacies and more. Check out the pictures from the visuals of Athiya-Rahul's pre-wedding functions here.

Shah Rukh Khan came out at his home to greet fans who had come to see him outside Mannat. Shah Rukh himself and his manager Poja Dadlani shared the video of the same online. The mass mania before Pathaan's release is a proof that SRK is going to have a blockbuster comeback.

Suniel Shetty and Mana Shetty are soon going to get their daughter married to KL Rahul. The actor was seen having a little chat with the media gathered to cover Athiya Shetty and KL Rahul's sangeet ceremony. He made sure the paps had food, water and also washroom service available. His kind-hearted gesture won a lot of hearts.

Rashmika Mandanna on no role in Varisu

Rashmika Mandanna was recently seen in Varisu starring Thalapathy Vijay. Rashmika had very little role in the movie. In a recent interaction, the Mission Majnu actress addressed the same. And Rashmika said that she has no problem with having nothing to do in the movie. Check out what she has to say here.

Ranbir Kapoor pens a note for a fan; watch the video below:

Tu Jhoothi Main Makkaar actor Ranbir Kapoor was spotted at the airport today. The actor met a fan while at the airport. A video of Ranbir writing a note for a fan while signing an autograph is going viral online.

Sonali Bendre took to her social media handle to share a fan-made video of her 90s clips of modelling and acting jobs. The actress grabbed a lot of headlines. Sonali hasn't changed a bit and is as pretty as ever. Tabu, Jay Bhanushali, Ayushmann Khurrana, Pashmina Roshan and more couldn't stop gushing over the actress.

In a recent interview, Mission Majnu actor Sidharth Malhotra opened up about working with Shah Rukh Khan. He had not entered the industry as an actor back then. Sidharth worked as an AD on My Name Is Khan. Sidharth revealed he was very nervous while using the clapper board before the shot. He recalled rehearsing the same. Sidharth also revealed that once he and Shah Rukh were on a location and they had reached earlier than others. Shah Rukh gave him advice on checking out how locations can help the shot or a scene. Sidharth's respect for him increased evermore.