From Kangana Ranaut slamming Bollywood saying that no one is worthy of inviting to her home to Shehnaaz Gill missing Sidharth Shukla as she gears up for Salman Khan's Kabhi Eid Kabhi Diwali, here's a look at the top trending entertainment news today. 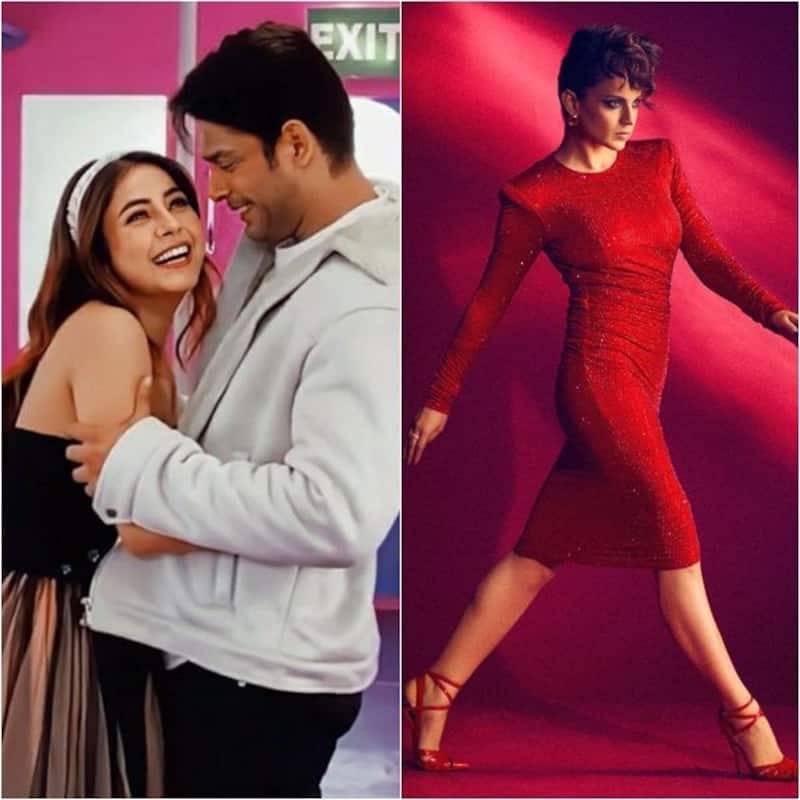 The world of entertainment has been very exciting today and we bring you a wrap of all the trending Bollywood news of the day. From Kangana Ranaut slamming Bollywood saying that no one is worthy of inviting to her home to Shehnaaz Gill missing Sidharth Shukla as she gears up for Salman Khan's Kabhi Eid Kabhi Diwali, here's a look at the top trending entertainment news today. Also Read - Akshay Kumar, Kangana Ranaut, Shahid Kapoor and more stars' biggest money losers at the 2022 box office

On the first day of the Cannes Film Festival 2022, Deepika Padukone stunned everyone when she spread the timeless charm of six yards in a retro Sabyasachi all-sequinned saree at the red carpet. She shared a couple of pictures of her stunning look on her Instagram stories. Also Read - Deepika Padukone to Shah Rukh Khan: These 8 Bollywood actors were ACCUSED of hurting religious sentiments; here's why!

In her recent chat with Curly Tales, Kangana was reportedly asked to name three people from the industry who she would like to invite to her home. To which very bluntly she said, "Bollywood se to is Seva ke layak koi bhi nahi hai. Ghar to bulao hi nahi bilkul bhi. Bahar kahin millo to thik hai ghar mat bulao (No one from Bollywood is worthy enough of this service. It's fine if you meet them outside but don't invite them home)." When asked if she doesn't have a single friend in Bollywood, Kangana said, "Nahi nahi, bilkul nahi, mere dost banne layak hain hi nahi ye log. Qualification chahiye hoti hai uske liye (Not at all, these people are not worthy of becoming my friend. That requires qualification)." Also Read - After Palak Tiwari, will Shehnaaz Gill too ditch Salman Khan? Read Details

Nick Jonas talks about daughter Malti for the first time

Priyanka and Nick don't talk much about their little one. However, this is the first time when Nik Jonas has finally opened up about life after their daughter. In an interaction, he was asked about the little princess of the house. To which he said, "Life is beautiful. She's a gift and we're just so blessed that she is back. It's a huge family now, my brothers got kids, and Jonas' family keeps growing."

Vicky Kaushal celebrated his birthday yesterday, his first birthday after marrying Katrina Kaif last year. Vicky turned 34 yesterday in presence of his loved ones and dear friends. The actor took to his social media handle and shared a photo dump from his birthday celebrations last night. Katrina and Vicky are in New York and their friends too. It was a merry celebration. Katrina couldn’t keep her eyes off Vicky Kaushal. And it was the most adorable sight ever.

The big day for Shehnaaz Gill has arrived. The girl is finally stepping into the big world of Bollywood which was her dream. Shehnaaz Gill is all set to start shooting for her Bollywood debut Kabhi Eid Kabhi Diwali. The movie stars Salman Khan in the lead role, and reportedly, the actress will be seen opposite Aayush Sharma in the film. A very well placed source close to BollywoodLife reveals, "Shehnaaz Gill cannot contain her excitement and she is having all the jitters possible as she is all set to live her dreams. However, on this big day, she is immensely missing her dear friend Sidharth Shukla who too waited for this big day. Sana is damn emotional right now and she cannot hold her emotions. She is being strong but she cannot control her emotions and breaks down while missing the actor."