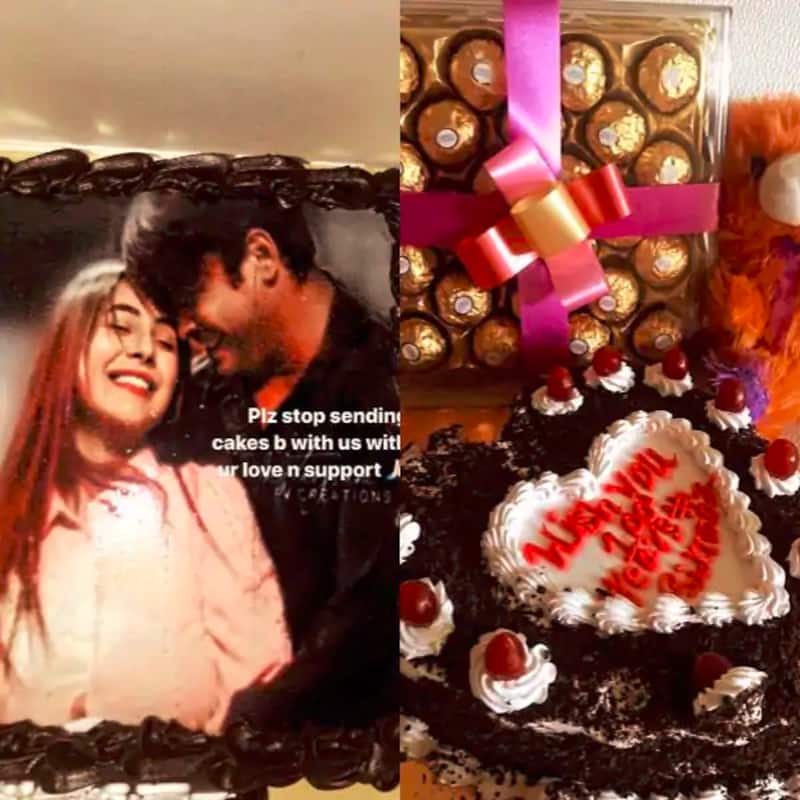 It’s that time of the day when we bring to you the trending entertainment news. Kangana Ranaut, Sona Mohapatra, Nia Sharma, Krystle D'Souza, Harish Kalyan, Priya Bhavani Shankar, Shehnaaz Gill, Sidharth Shukla and others are a part of our top entertainment news today. So read on to know more about today’s newsmakers

Fans will remember that on September 29, 2020 the grand premiere of Bigg Boss 13 happened. Sidharth Shukla and Shehnaaz Gill had first set eyes on each other on the stage. While Sidharth Shukla looked very handsome in that leather jacket, Punjab Ki Shehnaaz Gill made her entry in a white salwar kameez. Designer Ken Ferns had spoken about how he was mighty impressed with her within five minutes. He had said she was his favourite. Well, Shehnaaz Gill went on to become one of the most loved contestants ever. One of the most endearing things was the 'emotionally attached' friendship of SidNaaz.

Did Harish Kalyan and Priya Bhavani Shankar make their relationship official? Here's what we know

The Kollywood heartthrob Harish Kalyan shocked his fans when he posted a loved-up picture with actress Priya Bhavani Shankar on Twitter. Using two hashtags like '#HarishHeartsPriya' and '#LoveIsInTheAir', the actor tweeted, "Finally, Happy for US." Priya took replied to Harish complaining to him that she should have been the one to make it official and not him. "Lockdown mudiyara varaikum unnala wait panna mudila la @iamharishkalyan I wanted to make it public first.. I earned it," she tweeted. To which, Harish replied, "Cant wait! Wont wait! I’m making it official! 5pm tomorrow!!!"

Read the full news here: Did Harish Kalyan and Priya Bhavani Shankar make their relationship official? Here's what we know

After Kangana Ranaut's sister Rangoli calls Sona Mohapatra 'Below Average Junk', she hits back saying, 'Kangana might be impressing the mediocre with her messiah avatar'

Read the full news here: After Kangana Ranaut's sister Rangoli calls Sona Mohapatra 'Below Average Junk', she hits back saying, 'Kangana might be impressing the mediocre with her messiah avatar'

Bigg Boss 14 is on the anvil, and everyone is super excited for Salman Khan's show. While names of 14 contestants are doing the rounds, we are not aware of some of the names. In the middle of all this, we saw this video on social media. And it looks like Radhe Maa is actually coming on Salman Khan's show. The lady is a self-styled Godwoman and has a number of followers. Several of her followers are from showbiz. We have seen photos of Divyanka Tripathi Dahiya and Subhash Ghai with the lady. There is a new promo where a woman in red is seen blessing the house of Bigg Boss. She is seen with a small trishul that we see with her. Check out the promo below...

It's been more than a decade since Nia Sharma and Krystle D'Souza became friends with each other on the sets of Ek Hazaaron Mein Meri Behna Hai. We have often heard stories about actresses involved in catfights or giving cold shoulder to each other and less of their tales of friendship. But when we see Nia Sharma and Krystle D'Souza together, it brings a different kind of joy on our face. Over the years, their friendship has grown stronger than ever and their 10-year-old picture is the proof of their special bond.