Tubelight: Salman Khan is seen with Zhu Zhu and Matin Ray Tangu in this behind-the-scenes still

Salman Khan will be next seen in Tubelight.

Salman Khan will be next seen in Tubelight. The trailer and songs of the movie are garnering good response on social media. The trailer has over 16 million views on YouTube already. The buzz around the movie is very strong, and it is expected to do great at the box office. Along with Salman, the movie also stars the cute Matin Ray Tangu, in a key role. Not much has been divulged about his role in the film. But we can expect his character to make the movie even more emotional. We had EXCLUSIVELY revealed to you that Salman is very fond of this kid. So much so, that he had even hosted the little one when he was in Mumbai. He even took him along to a function that he was attending. We have been loving the pictures that have the two of them in the same frame. Well, adding to that list, here is another one. Also Read - Bigg Boss 15: 5 contestants who fought with Salman Khan in the controversial reality show

The makers have released two behind-the-scenes pictures from the sets of Tubelight. In one of the scenes, we see Salman and Matin sitting and chilling on a bench, as director Kabir is talking to them, probably filling them in on the next scene. Tubelight also stars popular Chinese actress, Zhu Zhu, in a key role. Well, don't miss the fact that she is there in this image as well. Look at the woman standing right behind the two actors. Also Read - TV News Weekly Rewind: Khatron Ke Khiladi 11 winner, Bigg Boss 15 launch and confirmed participants, Shaheer Sheikh's daughter's name and more 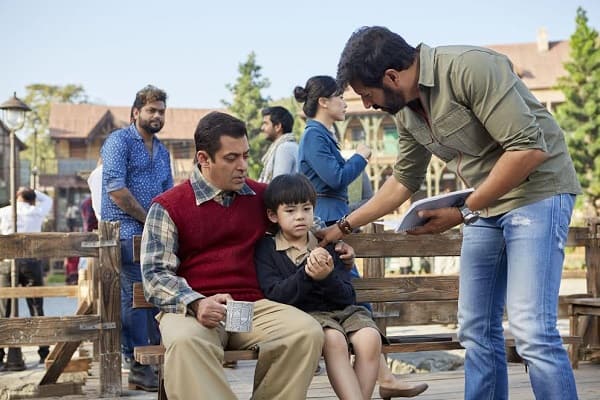 Also Read - Bigg Boss 15: The mysterious female voice has a special message for Salman Khan; says, 'Waited 15 years for you, now get ready for a blast' – watch EXCLUSIVE video

In another still we see Salman standing in a lush green valley, with the crew of the film busy with the set up and Salman-Kabir lost in their thoughts. We don't know if they are purposely posing! 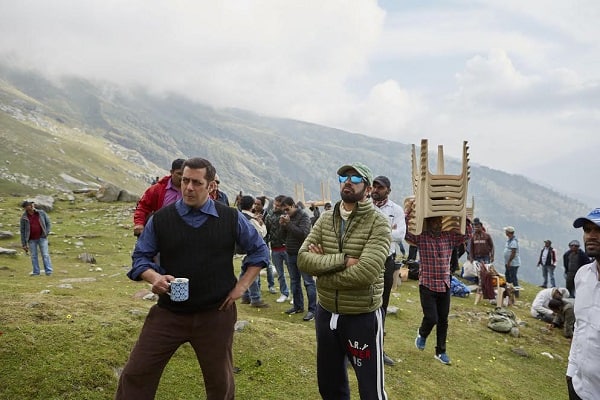 Salman is all set to make us all bawl with Tubelight. From the trailer and songs of the film, it is evident that the movie will be a roller coaster of emotions. It has been directed by Kabir Khan, who has earlier made us cry in movies like New York and Bajrangi Bhaijaan. Seriously, the interview scene between Katrina Kaif and Nawazuddin Siddiqui in New York, still remains one of the most emotional scenes of Bollywood ever. Expect the same cinematic experience with Tubelight, as it tells the story of a man looking for his brother who has gone missing in a war-torn zone.