Tuesday Trivia: Did you know Salman Khan was offered a key role in Feroze Khan and Sanjay Dutt-starrer Yalgaar? 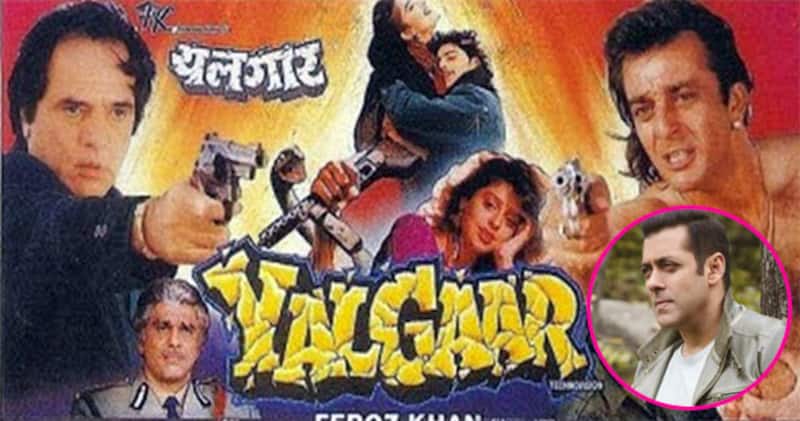 Salman Khan, known for his huge fanbase and box office milestones, is one of the biggest superstars, not only in India but across the globe. But during early and mid-90s, the actor featured in many multi-starrer and two-hero films, some of which worked while others turned out to be a forgettable affair. Interestingly, the actor was offered a role in 1992's multi-starrer film, Yalgaar, which had a huge ensemble star cast of Feroz Khan Sanjay Dutt, Nagma, Kabir Bedi, Manisha Koirala, Mukesh Khanna, Deepti Naval, Neena Gupta. The actor was considered to play Sanjay Dutt's younger brother and Kabir Bedi's son, Vicky, in the action film. Also Read - Bigg Boss 16: Sumbul Touqeer's father wins hearts with his reply to a netizen objecting the Imlie actress' participation in the show with Sajid Khan

Salman Khan politely rejected the role and if you've watched the film, you'll know that he took the right decision as there was nothing in the character that could have justified Salman Khan's presence, apart from romancing Manisha Koirala. The film was produced and directed by Feroz Khan and was below average fare at the box office. Interestingly, Salman and Sanjay Dutt have played siblings in films like Chal Mere Bhai and Saajan.

Also Read - Bigg Boss 16: Are Sajid Khan and Gori Nagori having the highest risk of being eliminated from Salman Khan's show?

On the work front, Salman Khan is currently shooting for Race 3 which is directed by Remo D’Souza. The action-thriller also features Daisy Shah, Bobby Deol, Saqib Saleem, Anil Kapoor, Freddy Daruwala and Jacqueline Fernandez in key roles and is set to hit the screens on June 15 during Eid. After wrapping up Race 3, Salman will start shooting for Dabangg 3, which will be directed by Prabhudeva. The cop film is expected to release during the Christmas or New Year weekend of 2018. Also Read - Bigg Boss 16: Are Shalin Bhanot and Sumbul Touqueer set to strike the first CLOSE BOND on Salman Khan's show? Here's what we know