Tuesday Trivia: Did you know THIS film and not Footpath was supposed to be birthday boy Emraan Hashmi’s debut?

Emraan Hashmi started his career as an assistant director in the Dino Morea and Bipasha Basu starrer, Raaz. Later, he made his debut with Footpath, but it was Murder, which had garnered him overnight fame.

Bollywood actor, Emraan Hashmi is celebrating his 41st birthday today. The Shanghai actor, who had earned the tag of 'Serial Kisser', due to his onscreen kisses in films like Murder, Murder 2 and other flicks, started his career as an assistant director in the Dino Morea and Bipasha Basu starrer, Raaz. Later, he made his debut with Footpath, but it was Murder, which had garnered him overnight fame. It will amaze you though to know that before Footpath, the actor was supposed to star in Yeh Zindagi Ka Safar, which later featured Jimmy Sheirgill. Also Read - With biggies like Sooryavanshi and '83 again delayed due to COVID-19; here's how the industry's business will be impacted 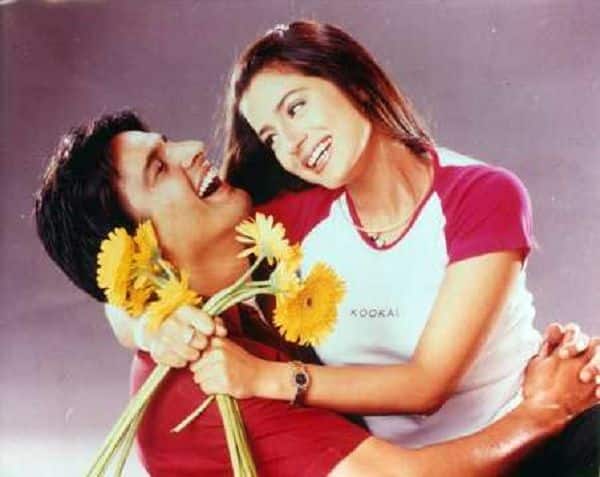 Also Read - Salman Khan to stick to his commitment; has no plans to postpone the release of Radhe

In an interview, Emraan had revealed this news, saying, "Bhatt Sahaab learnt that the well-known actor, Govinda, was pulling out of a film opposite Ameesha Patel (then a rising actress) due to issues with dates. [Mahesh] Bhatt Sahaab leapt at the opportunity and simply said to the producer, Mukesh Bhatt, ‘Emmi will do the film.’ I was scared out of my wits. I wasn’t mentally prepared to star in the film—Yeh Zindagi Ka Safar. When I voiced my concerns, they decided to conduct a photoshoot with Ameesha and me. The results of that photoshoot were appalling. I looked worried, out of place and downright awkward. Ameesha, too, told Bhatt Sahaab that I wasn’t cut out for it yet. Understandably, she didn’t want to work with someone who would drag down a movie, after coming fresh from a superhit like Kaho Na Pyaar Hai with Hrithik Roshan. ‘Do you want to do the film, Emmi?’ Bhatt Sahaab asked me solemnly. ‘We could find another actress who’d be willing to work with you." Also Read - After Haathi Mere Saathi, Bunty Aur Babli 2, makers of Emraan Hashmi-Amitabh Bachchan's Chehre postpone the release in the wake of coronavirus

He added, "Even though I refused to act in the film, I would frequent the sets of Yeh Zindagi Ka Safar once it had gone on floors. I was replaced by Jimmy Sheirgill. At that point, Bhatt Sahaab had just started writing a thriller called Footpath. It had drugs and cops and he was assembling all his research material together. He was already done with writing a few scenes and was planning to go with Vikram to Ooty for a schedule of his horror-thriller, Raaz, and finish writing the script. I was hopeful to star in Footpath." Well, after this we can only say that all's well that ends well.

Here's wishing Emraan Hashmi a very happy birthday. Stay tuned to BollywoodLife for all the latest scoops and updates.