Today, July 9 marks the 81st birth anniversary of Bollywood’s legendary actor Sanjeev Kumar. Known as one of the most versatile actors of Indian cinema, Sanjeev Kumar has to his credit several memorable performances like Anamika, Manchali, Shikar, Dastak, Koshish and many more. In fact, he was one of those few actors who never hesitated from playing an older character and proved his worth with blockbusters like Sholay, Aandhi, Trishul, and Arjun Pandit. Also Read - How did Gulzar react after receiving the Dadasaheb Phalke Award from President Pranab Mukherjee?

Talking of awards and accolades, Sanjeev Kumar garnered two Best Actor National Awards for his work in Dastak and Koshish. He had essayed nine roles in Naya Din Nai Raat and shared the record of playing maximum characters in a single film along with Sivaji Ganesan and Akkineni Nageswara Rao. The record was broken by Priyanka Chopra, who played 12 characters in What's Your Raashee? (2009). Also, Sanjeev Kumar’s double role performance in Gulzar's Angoor was listed among the 25 best performances of Indian cinema by Forbes India, celebrating the occasion of 100 years of Indian Cinema. Also Read - Goa to host Suchitra Sen film festival

Interestingly, before the actor became famous as Sanjeev Kumar, he had a different identity altogether. Sanjeev Kumar was born in a Gujarati family as Harihar Jethalal Jariwala and later changed to screen name Sanjeev Kumar. But, who gave Sanjeev Kumar this name? It was none other than filmmaker Saawan Kumar Tak, who is known for making films like Gomti Ke Kinare, Souten, Souten Ki Beti, Sanam Bewafa and Bewaffa Se Waffa. Saawan spotted Sanjeev in a play and went on to produce Naunhilal with him. Also Read - Narendra Modi mourns Suchitra Sen's death on Twitter 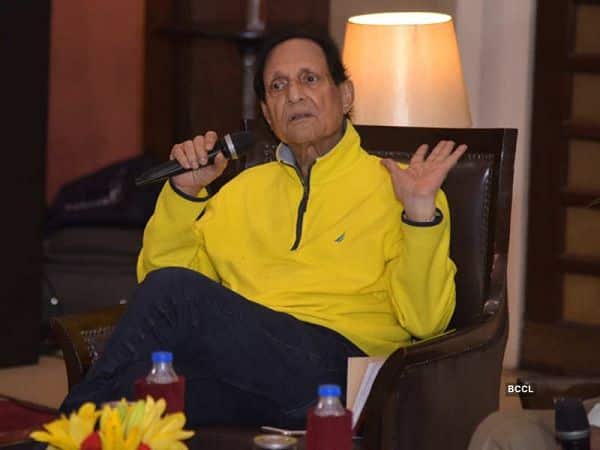 Sanjeev Kumar, who passed away at the age of 47 due to a massive heart attack, made his last silver screen appearance in Professor Ki Padosan, which was released eight years after his death. Professor Ki Padosan hit the screens in 1993 and featured Asha Parekh, Padmini Kolhapure, Shekhar Suman, Aruna Irani and Dalip Tahil in key roles. Amitabh Bachchan paid a tribute to Sanjeev Kumar as he turned narrator for the film and found a mention in the end credits.