Alia Bhatt and Ranbir Kapoor are expecting their first bundle of joy. The couple met on the sets of Brahmastra in 2018 and fell in love and got married in April 14 this year. 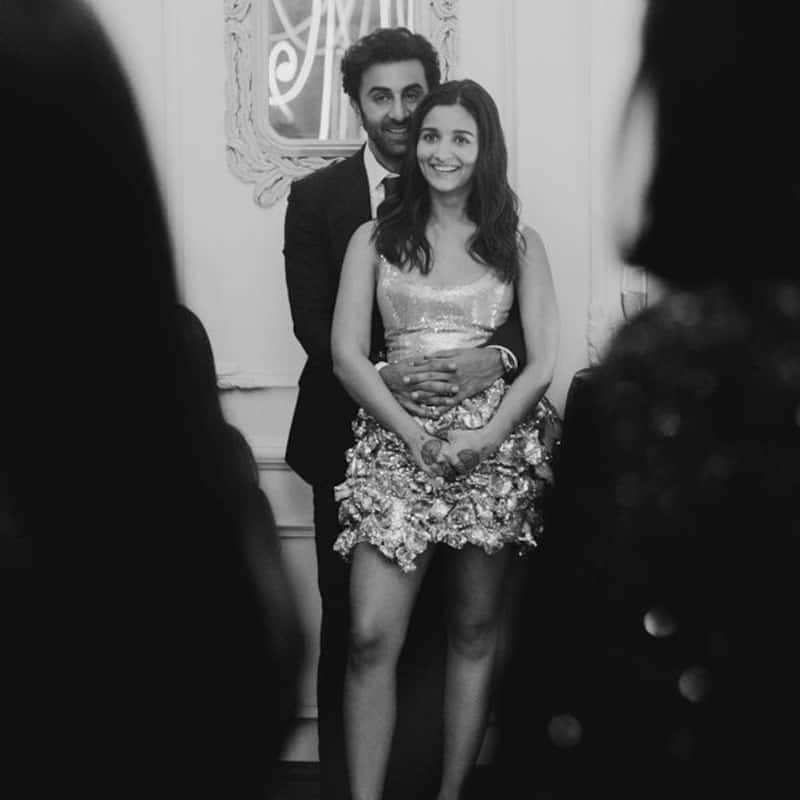 Alia Bhatt and Ranbir Kapoor are expecting their first bundle of joy. The couple met on the sets of Brahmastra in 2018 and fell in love and got married in April 14 this year. On Monday morning, Alia shared a picture, in which she is seen getting her sonography done while her husband Ranbir is seen looking at the baby on the screen. "Our baby .Coming soon," she captioned the image. Also Read - Brahmastra star Alia Bhatt flaunts her radiant glow as she steps out in yellow with Ranbir Kapoor after returning from babymoon [View Pics]

While her mother-in-law Neetu Kapoor, father Mahesh Bhatt, Karan Johar and other industry friends are over the moon with the pregnancy news, Alia had started thinking about baby names right after she made her relationship with Ranbir official. It was in 2018, when Alia and Ranbir appeared together at Sonam Kapoor's wedding reception. During this time, Alia had spoken about having babies with Ranbir. Also Read - Brahmastra: Alia Bhatt, Karan Johar, Mouni Roy wish filmmaker Ayan Mukerji in the sweetest manner [View Posts]

"I’ve not had the life of an average 20-year-old. By average, I mean any other 20-year-old. Maybe, another 20-year-old would have had a life way tougher than mine. So, I will not understand their point of you and they may not understand mine. Everyone’s story is different based on the life they’ve lived. Also, I don’t know if it’s just because I’ve turned 25, but of late, I’ve started thinking of baby names. I’m a baby myself but for some reason baby names seem attractive to me,” Alia had told Filmfare in an interview. Also Read - Prabhas, Akshay Kumar and more stars who after back-to-back flops now desperately need a hit

In 2019, Alia had shared a video with her best friend Akansha Ranjan and revealed how many children she wants to have. As Alia and Akansha played 'How well do you know your best friend', Alia said that she wants two boys.

As their pregnancy news took the internet by storm, Alia and Ranbir's friends from the industry such as Karan Johar, Parineeti Chopra, Rakul Preet Singh, Priyanka Chopra Jonas, Tiger Shroff and Mouni Roy among many others took to the comment section to congratulate the couple.