Tuesday Trivia: When Kangana Ranaut claimed Aditya Chopra told her, 'You are finished' after she rejected Salman Khan starrer Sultan

In 2017, Kangana Ranaut had revealed she turned down Salman Khan starrer Sultan because the Ali Abbas Zafar directorial 'wasn't offering much' to her, also she didn't want to demote herself after Tanu Weds Manu Returns success. 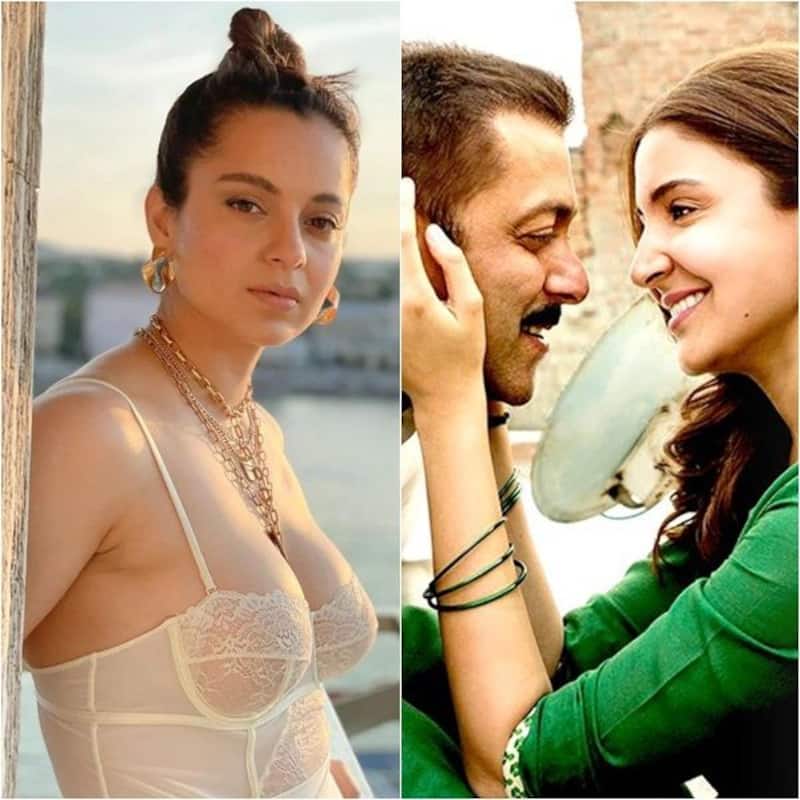 In 2017, Kangana Ranaut was hitting headlines for her explosive statements against Hrithik Roshan and Aditya Pancholi in her back-to-back interviews. She had also taken a dig at Karan Johar, Shah Rukh Khan and other Bollywood celebs. At the Jagran Cinema Summit, Kangana had revealed she turned down Salman Khan starrer Sultan because the Ali Abbas Zafar directorial 'wasn't offering much' to her, also she didn't want to demote herself after Tanu Weds Manu Returns success. Also Read - Prabhas, Akshay Kumar, Salman Khan pocketing over Rs 125 crores per film? Check out the jaw-dropping fees of these Indian film superstars

After the tragic death of Sushant Singh Rajput in June 2020, Kangana Ranaut had made some explosive allegation Bollywood filmmakers such as Karan Johar, Aditya Chopra and Mahesh Bhatt, blaming them for killing Sushant by bullying, exploiting and harassing the late actor. It was this time when Kangana had claimed that Aditya Chopra allegedly threatened her after she refused his offer to star in Sultan. The role was eventually played by Anushka Sharma. Also Read - Bigg Boss 16 and Bigg Boss OTT 2: Shivangi Joshi, Divyanka Tripathi, Munmun Dutta and more – 17 contestants approached for TV and web show

"The director came to my house and narrated the script. I had a meeting with Aditya Chopra... just so that I could express my apologies in person and he was fine at the time. But later, a news piece came out saying, 'Kangana said no to Sultan.' And then he messaged me, 'How dare you? You say No to me.' And then he told me, 'You are finished,'" Kangana had told Republic TV in an interview. Also Read - Deepika Padukone to Shah Rukh Khan: These 8 Bollywood actors were ACCUSED of hurting religious sentiments; here's why!

In 2017, Kangana had explained why she rejected Sultan. "Coming from a double role space and doing so much more in my earlier films, I didn't want to demote myself to something which wasn't offering me so much. That's why I didn't do it," she was quoted as saying by PTI.

"Knowing today's times, I'll go for something which will stimulate my mind; otherwise, I'll be just sleep walking through the film. Sultan, at that point of time, though it was a great character for a girl to play, I didn't see anything for me in that," she had added.

Sultan eventually turned out to be one of the highest-grossing and most loved Bollywood movies of all time. It grossed Rs 623 crore worldwide.