Tumhari Sulu trailer: Vidya Balan is all set to seduce you with her sensuous voice and funny antics

Vidya Balan's Tumhari Sulu trailer is out and we are in awe of the actress! 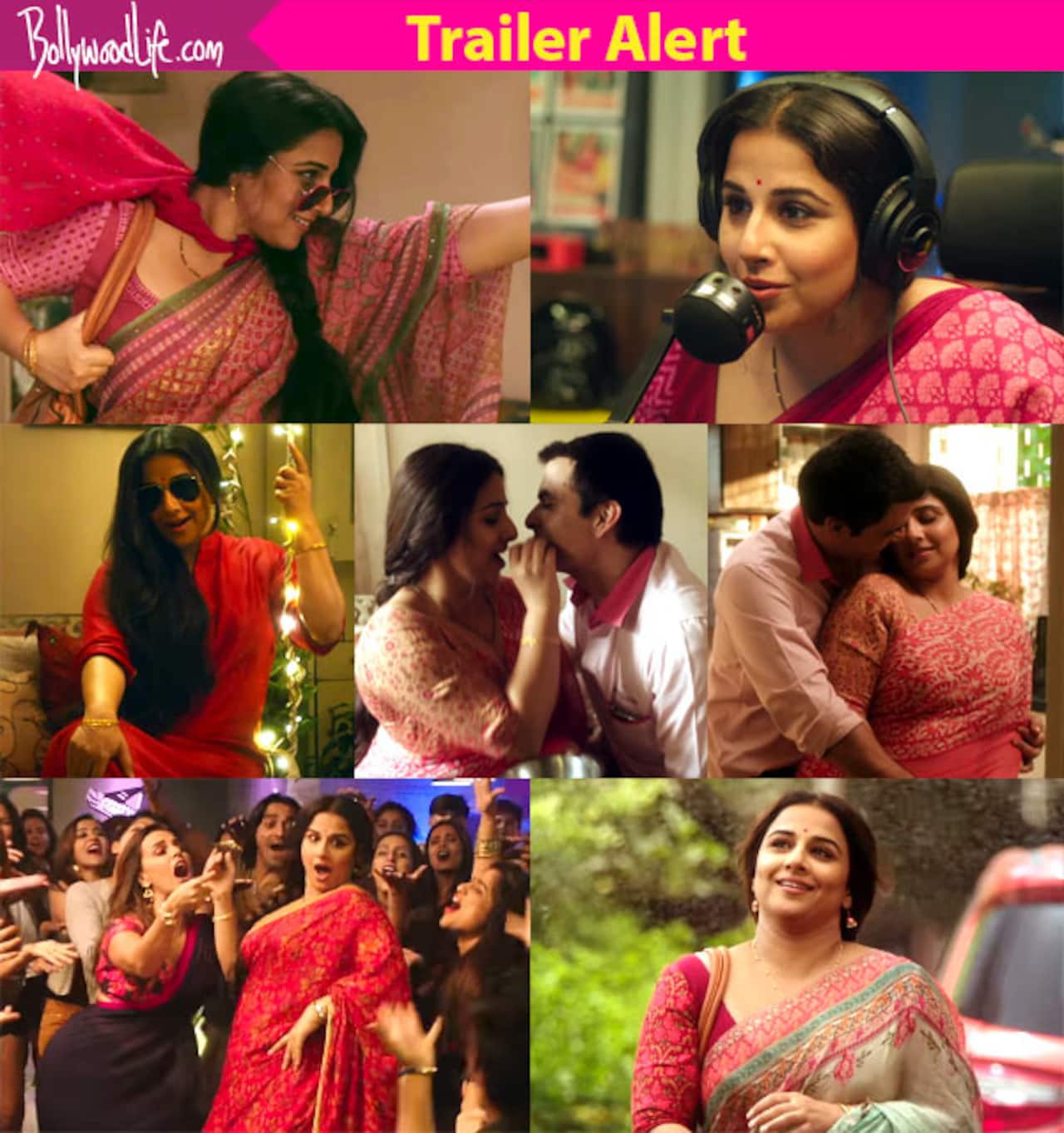 If there is one actress that can give any actor in this world a run for their money then that is Vidya Balan. She is one of the most talent actresses of all time. However, off late she hasn't seen much success at the box office, her last few films be it Begum Jaan, Kahaani 2 - Durga Rani Singh, Teen couldn't resonate well with the movie watching audience. But looks like it's all gonna change and how! Vidya Balan is ready with her new film titled Tumhari Sulu. The film in question is a slice of life, light hearted comical drama about a homemaker called Sulu, who thrives on the fact that she has won various gift prizes on Radio contests. Also Read - Worst dressed celebs of the week: Priyanka Chopra, Malaika Arora, Rakul Preet Singh's curated looks miss the mark

Her life changes for good when she comes across a job opening advertisement as RJ. Neha Dhupia who's playing the owner of Radio station hires her and brands her as "Saree Wali Bhabhi, Late Night Show". Sulu then becomes one of the best RJs in town with her seductive voice in the late night show. Sulu soon becomes the star. Also Read - Kuttey Special Screening: Varun Dhawan, Vidya Balan and more at the star-studded screening of Arjun Kapoor, Tabu new film [VIEW PICS]

But as they say with great powers comes great responsibility and in this story conflict arrives in the form of her responsibilities towards her husband, played by Manav Kaul and her kid. Also read: Tumhari Sulu trailer: Simple, humorous and aspirational - We saw the sneak peek of Vidya Balan's film and here's what we felt Also Read - Trending TV News Today: Sumbul Touqeer team's message for Bigg Boss 16 makers, TV channels issued warning over Rishabh Pant accident coverage and more

Check out the trailer of the Tumhari Sulu below:

Directed by debutante Suresh Triveni, the film is produced under the banners of T-Series and Ellipsis Entertainment, Tumhari Sulu also stars Manav Kaul, Vijay Maurya, Neha Dhupia and Popular RJ Malishka in pivotal roles. The movie is also in news for recreating the chartbuster track of Mr India that featured Sridevi, Hawa Hawai.

Tumhari Sulu is slated for a November 17, 2017 release. This one seems like a winner.

Stay tuned to Bollywoodlife for all the latest updates.