Tunisha Sharma suicide case is still under investigation. It has riled up everyone. Kangana Ranaut has also shared her thoughts about the Ali Baba: Daastan-E-Kabul actress' suicide. 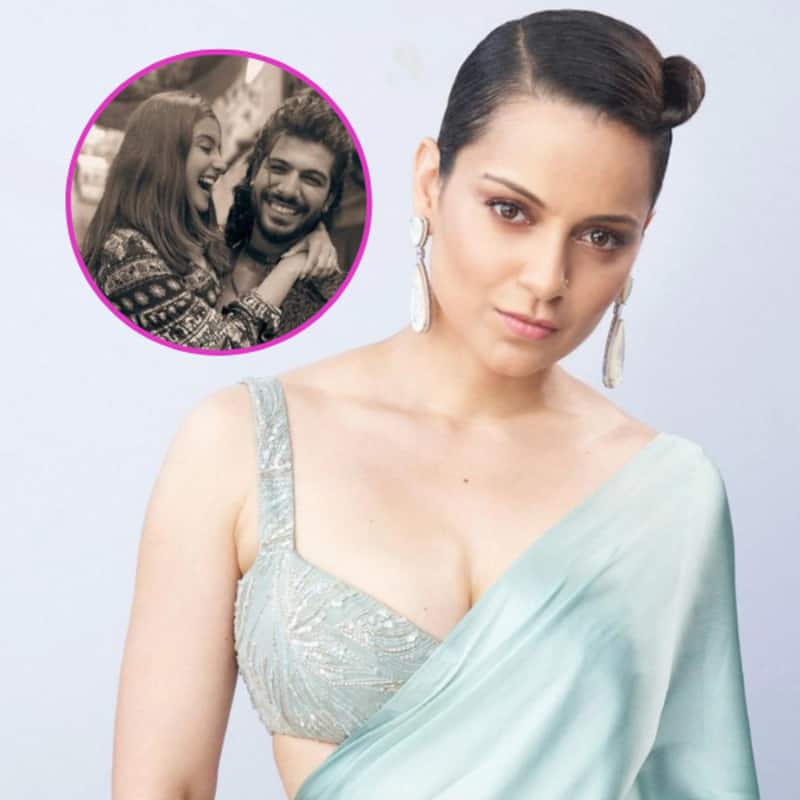 The Tunisha Sharma suicide case has shocked everyone to the core. The 20-year-old actress was found hanging in the make-up room on the sets of her TV show, as per reports. Tunisha Sharma was cremated last evening. Her co-star Sheezan Khan has been taken into custody by the police who have been investigating the case on behalf of the allegations of the mother. Tunisha Sharma's mother accused Sheezan of harassing her and abetment to suicide case under probe. Kangana Ranaut has reacted to the case and has called it murder. She posted a lengthy note on the same and has made a request to PM Modi. Also Read - Entertainment News Wrap: Sheezan Khan's mother exposes truth in Tunisha Sharma case; Tina Datta, Shalin Bhanot's relationship questioned [Watch Video]

For the last couple of days, there have been a lot of updates on Tunisha Sharma's demise and the case filed against her c0-star and former boyfriend Sheezan Khan. The Entertainment News is full of updates on Tunisha Sharma's sudden and tragic demise. Kangana Ranaut has also shared her thoughts on the same. She has penned a heartfelt and lengthy note on how girls and women are often emotionally and physically abused and cheated on by their counterparts. Also Read - Sheezan Khan's mother, sisters counter allegations in Tunisha Sharma case, say the two hadn't broken up, give proof of actress' bond with family [Watch Video]

While talking about cheating, Kangana Ranaut said that when the perception of the girl shatters, it breaks the world of illusion and reality strikes her down hard. And at that moment the girl/women decides to end her life. "If she decides to end her life…please know she didn’t do it alone… it’s a murder," Kangana wrote in her Instagram stories. Kangana went on to urge the Prime Minister of India to take strict actions against polygamy and emotional fraud. Check out Kangana's stories here: Also Read - Tunisha Sharma suicide case: Sheezan Khan's mother calls allegations baseless, rubbishes love jihad; says the late actress was suffering from childhood trauma 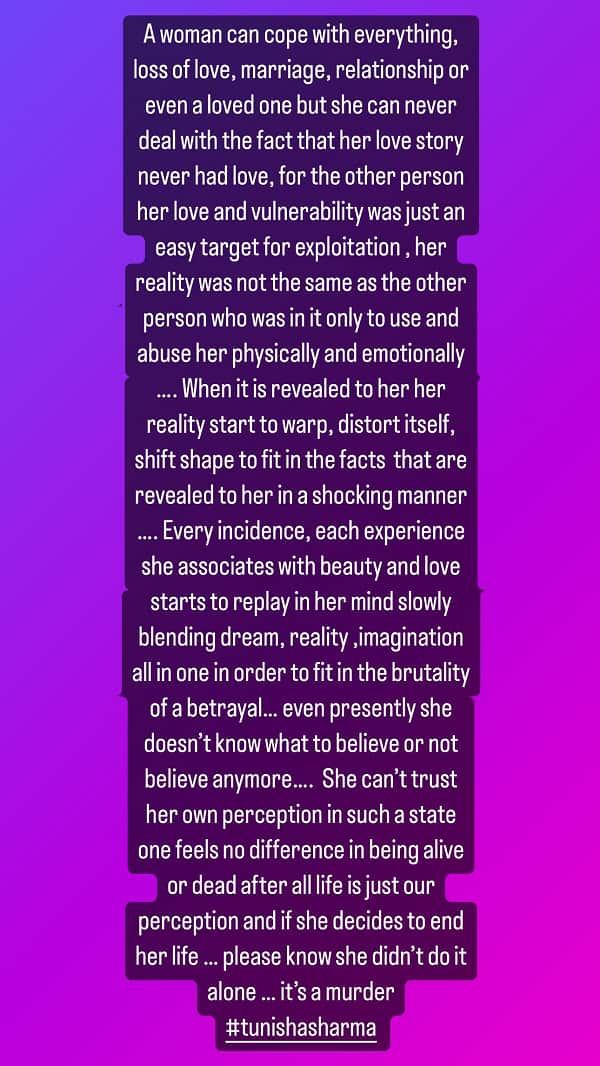 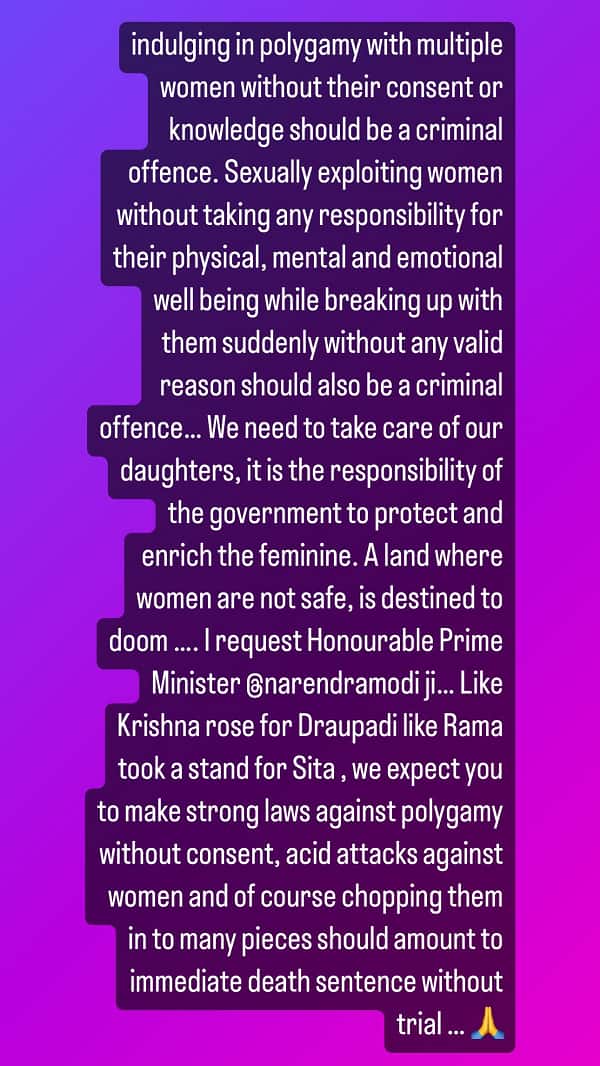 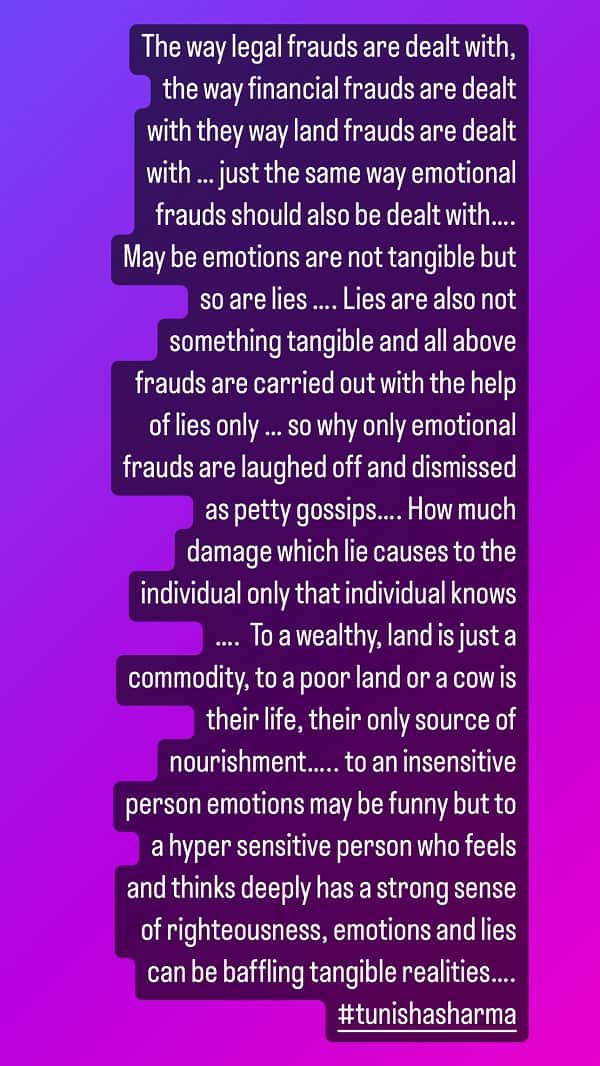 As per the latest reports, Sheezan Khan deleted some of his chats from WhatsApp. Whether he deleted the chats before or after Tunisha died by suicide is not known and is under investigation. The Police asked for Sheezan's custody for two more days to investigate the case further. And Sheezan's lawyer revealed that since both families only want the truth to come out, they have not contested it. Elsewhere, Tunisha Sharma's uncle claimed that her mother revealed that Tunisha had changed after meeting Sheezan.