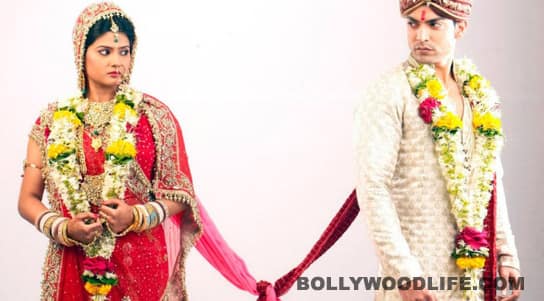 We watched six episodes, hoping to be able to say something positive about the show, but…

Imagine this: A sad tall guy is in his room whose walls are lined with his dead wife’s framed photographs. He talks to one photo, moves across the room, talks to another photo, moves again and talks to a third photo. That’s how our male lead Yash Scindia (Gurmeet Choudhary) expresses his thoughts to us. What he doesn’t express is why he has to keep moving. Something wrong with the photographs? Such inane questions popped in our heads as we watched six whole episodes of Zee TV’s new show, Punar Vivaah. You can tell how‘engrossing’ the storyline was if our thoughts could stray so easily. Also Read - Gurmeet Choudhary and Karishma Sharma’s BTS pics from their new song, Barsaat Ki Dhun, are so HOT to handle that you’ll remain transfixed to your screen

Oh yes, the storyline. Aarti (Kratika Sengar), a mother of a young boy, lives with her in-laws even though her husband has divorced her and moved out of the house. Her mother-in-law Shobha loves her like she was her own daughter and wants to see Aarti happily married again. Yash is the middle son of the wealthy Scindia family. Yash’s wife died three years before the story begins and left him with two toddler girls. Yash doesn’t want to marry anyone, but agrees that his girls need a mother. There are a few clichéd instances where Yash and Aarti almost accidentally meet. We know they were meant to tug at our heartstrings, but instead of going aww, we went yaawwn. Also Read - Ghum Hai Kisikey Pyaar Meiin: Not Neil Bhatt but these 4 other actors were the first choices to play the character of Virat

That’s not the only thing that put us off the show. Shobha repeatedly says that they will never hide the fact that Aarti is a divorcee with a child, as there’s nothing wrong with that. Agreed. But when Yash’s mother talks to them about the alliance and makes it very clear that they don’t mind a widow, but are against divorcees for their son, Shobha listens to her husband and doesn’t reveal the truth. She lets Mrs Scindia get the impression that Aarti is a widow. It is unconvincingly out of character for a woman who till then has been portrayed as a strong, broad-minded person. Also Read - From Shaheer Sheikh-Ruchikaa Kapoor to Divyanka Tripathi-Vivek Dahiya: 5 real life couples we want to see on Bigg Boss 15

Then there’s Aarti, supposedly a beautiful, capable, kind woman, but she comes across as being a stupid and an arrogant one, who can’t even say ‘thank you’ to a guy for helping her. Yash is said to be more internal and reserved, still bearing the pain of his wife’s death, but we are yet to catch even one expression of Gurmeet’s to support this claim. The show asks the question: can a marriage survive when it is founded on a lie. We ask the producers the question: can you build a fan base on the foundation of such unsympathetic characters?