Twinkle Khanna on marriage with Akshay Kumar: Sex is important at every stage

Twinkle Khanna and Akshay Kumar have been married for 16 years, and have two children -- son Aarav and daughter Nitara 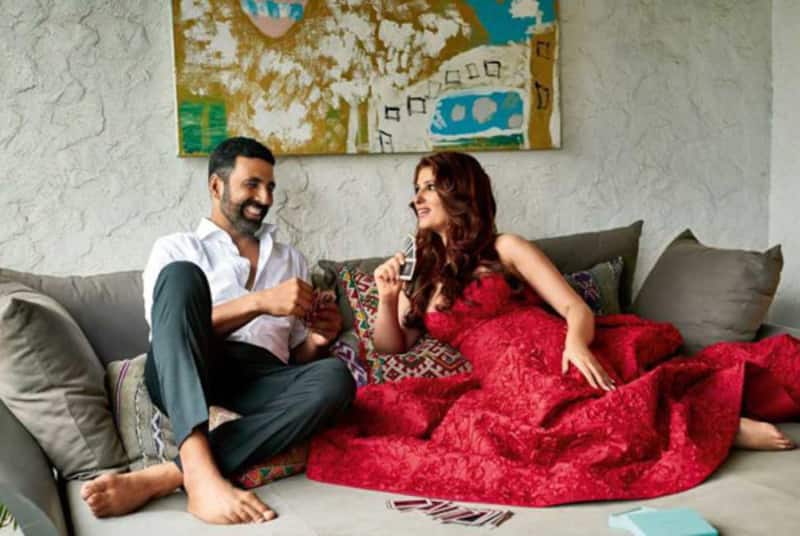 At a time when marriages and relationships are becoming increasingly volatile, "Mrs Funnybones" writer Twinkle Khanna says she is happy being part of a "great team" with husband and Bollywood star Akshay Kumar. Twinkle and Akshay have been married for 16 years, and have two children -- son Aarav and daughter Nitara. Also Read - Trending Entertainment News Today: Priyanka Chopra exposes pay disparity of Bollywood, Prithviraj Sukumaran comes on board Bade Miyan Chote Miyan and more

About their marriage, Twinkle said at an awards event here: "I think it's a great team. We are playing tennis doubles, and I think that's a pretty good foundation for a marriage to last." Also Read - Bade Miyan Chote Miyan: Akshay Kumar-Tiger Shroff welcome Prithviraj Sukumaran as the lead antagonist

On the importance of sex in a marriage, she said: "Sex is important at every stage." Twinkle even said: "The things that I find attractive in Akshay have changed over the years". Also Read - Trending Entertainment News Today: Akshay Kumar gets flak for his look as Chhatrapati Shivaji in Vedat Marathe Veer Daudle Saat, Bipasha Basu shares new pic of Devi and more

The author-columnist, known for her wit and humour, added that she wants to emulate Akshay's "calm and composed mind".She also ensures Akshay -- who she says has more pairs of shoes than her -- goes through her columns before they are published and he rates them.

"He knows what resonates with people. He has a pulse on what people say and feel," said Twinkle, who says she is "comfortable" in her 40s. Motherhood, she says, has been a life changing experience. "You experience love and pain in all its glory."

Twinkle, who has turned producer with Akshay 's upcoming film"Pad Man", says she is proud of being associated with a movie that brings the spotlight on a "shamed" subject like menstruation. It is based on a real life story of Arunachalam Muruganantham, who devised a cheaper way to make sanitary pads for women in his village and also sells the machine which makes low-cost pads to NGOs to work towards women's hygiene.

Twinkle says she chased Muruganantham for eight months, and when they spoke, she found an instant connect with his one-liners and how he doesn't take himself very seriously. He once told her: "You look like the actress...Raveena Tandon."

"I was about to drop his story," Twinkle quipped, adding another joke when she narrated how she was recently handed over a bag at home, and told that it had her "Pampers".