U Turn is the remake of a Kannada film with the same title that starred Shraddha Srinath in the lead role. 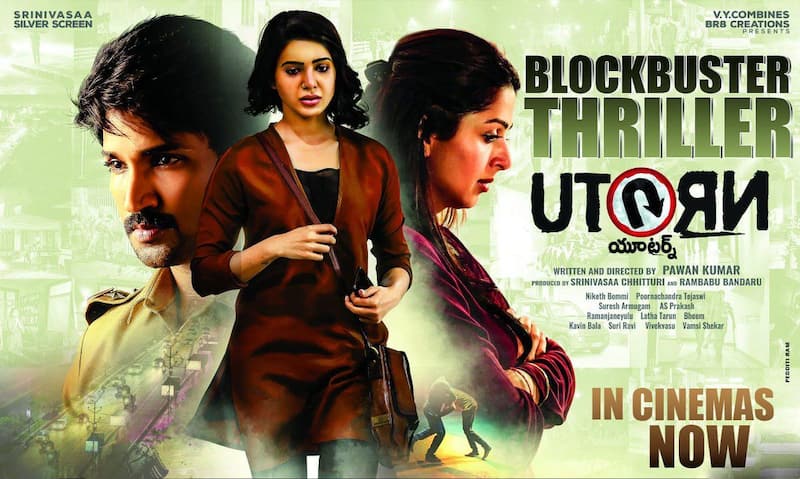 Samantha Akkineni’s U Turn has released worldwide and right from the first show, the thriller has been receiving tremendous appreciation and rave reviews from all around. The film was released in Telugu and Tamil simultaneously and the response to it was similar in both the languages. While the reviews are overwhelming for the film, the box office report too is making the producers happy. The first day of release saw U Turn earn a collection of approximately Rs 1.6 crore in the Telugu states while the film earned a gross share of approximately Rs 0.56 lakh in Tamil Nadu. Releasing on a holiday and during festival, U Turn has struck gold at the box office and is expected to fare better over weekend and Sunday. Also Read - Samantha Ruth Prabhu, Kajal Aggarwal, Nayanthara and more South Indian actresses who are bikini bombshells

U Turn is the remake of a Kannada film with the same title that starred Shraddha Srinath in the lead role. The original drew a lot of appreciation for its gripping screenplay and impressive subject. The remakes in Telugu and Tamil are doing much better than the original for multiple reasons, one of them being the star power of Samantha Akkineni. Also Read - Aamir Khan’s Ghulam, Ajay Devgn’s Deewangee and 9 more Bollywood movies we bet you didn't know were inspired from Hollywood


ALSO READ: Bhumika Chawla on working with Samatha Akkineni: She is a very intense and her expressions are brilliant Also Read - Did you know Samantha Ruth Prabhu was supposed to make her Bollywood debut in 2013 with THIS Aditya Roy Kapur starrer?
Advertisement

The original and the remakes, both, are directed by Pawan Kumar and the young filmmaker is being lauded for his approach towards story telling. The makers of the film and Samantha Akkineni, in particular, had gone all out in promoting the film which seems to have really boosted the collections of the film.