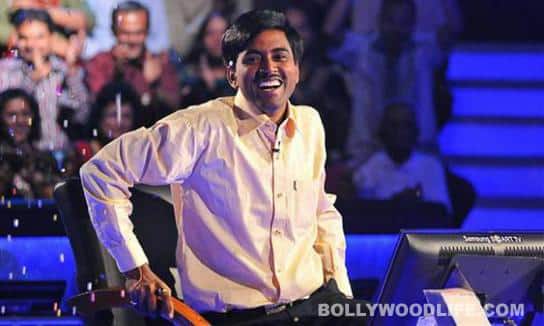 Sushil Kumar, who won Rs 5 crore on Kaun Banega Croreptai 5 hosted by superstar Amitabh Bachchan, has been offered a documentary film to be produced by 2waytraffic International and Sony Television, London and directed by Chris Tarrant and Keith Strachan. The film will be shot in the UK, and - the best part - it will be based on Kumar’s story of winning the quiz show. Kumar’s is a true rags-to-riches story – he belongs to small town Motihari in Bihar, and went on to win the biggest quiz show in India. His struggle and his moment of glory will all be captured in the documentary which will most likely be shot in the UK. Kumar is understandably excited about being a part of the film and getting a chance to travel overseas, something he would not have imagined before winning the show, with his modest earnings of Rs 6,000 per month. A first-time winner of Rs 5 crore in the show’s history, Kumar is right now busy shooting a promotional film for a government scheme, after being made the brand ambassador for the Mahatma Gandhi National Rural Employment Guarantee Act (MGNREGA). We wish him luck with his documentary!

KBC 5: Amitabh Bachchan, who is the ‘common’ man?