Uorfi Javed is one celeb who gets trolled a lot and today was no different. She was seen in a high slit dress. 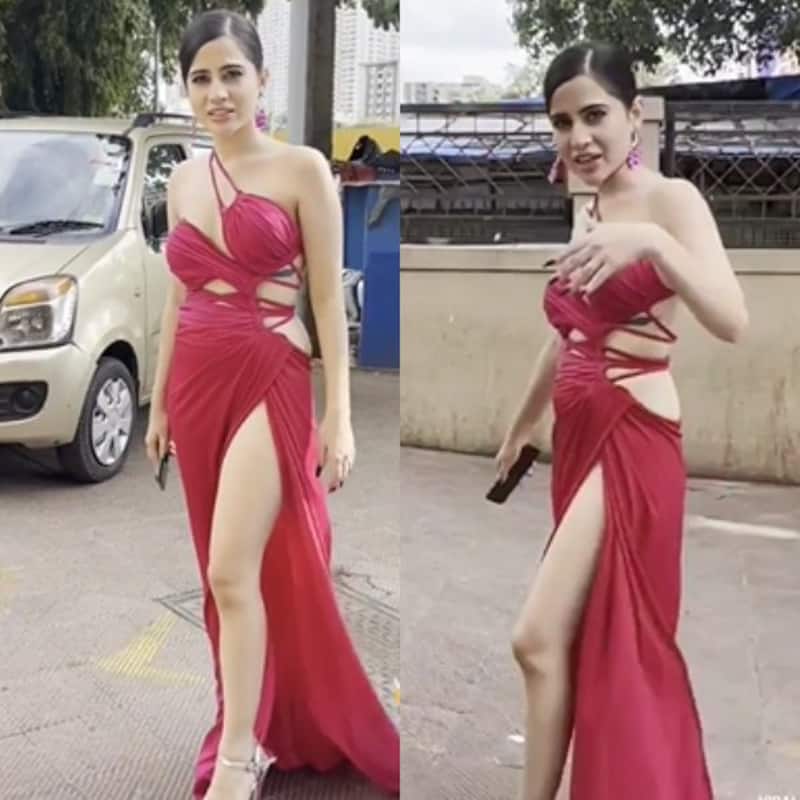 Uorfi Javed (yes, that’s her new spelling) is one celeb who is famous for being famous. She is often trolled for her fashion choices. Today was no different. She was seen flaunting her cleavage in a high slit dress. in the video she can also be seen interacting with a paparazzi. Uorfi is getting trolled for it. Also Read - Trending Entertainment News Today: Shah Rukh Khan faces 'Boycott Pathaan' trend; Urfi Javed exposes man demanding video sex and more

“Nangu pangu,” wrote a user. “Nangi Natu is back,” read another comment. However, there were users who also supported her. a comment read, “I like it no matter what it is What she wears or not, no one should care..His life is as he wants, everyone has freedom.” Also Read - Urfi Javed shares WhatsApp screenshots of a man demanding 'video sex'; files FIR against him, calls it 'cyber rape'

Have a look at the video below: Also Read - Urfi Javed ditches underwear as she steps out in the city in bold cut-out outfit [View Pics]

Uorfi recently took to Instagram to reveal that she has changed her name’s spelling. “Hi guys, so I’ve officially changed my Uorfi. It’ll be pronounced the same as Urfi! Just the spelling change. Just want everyone to be mindful while writing my name now, so that even I’m mindful (keep forgetting at times) Thanku, love Uorfi.”

Uorfi generally doesn’t react on trolling. However, a few days ago, she posted some pics in which she could be seen in a sky blue bralette along with bell-bottom pants. Many felt she had ‘revealed too much’. However, she later clarified that she was wearing a skin-coloured bra which was not transparent. She also informed how she manages to avoid wardrobe malfunctions despite wearing risque outfits and wrote that she always wears n*p covers.

In the past she had said that the constant bullying, trolling sometimes makes me her go ‘crazy’.