Urfi Javed on the radar of an extremist? Bigg Boss OTT contestant tags Mumbai Police after a man threatens to kill her

Urfi Javed on the radar of an extremist? Bigg Boss OTT contestant reaches out to Mumbai Police on Instagram after a man tells her that she will not be spared 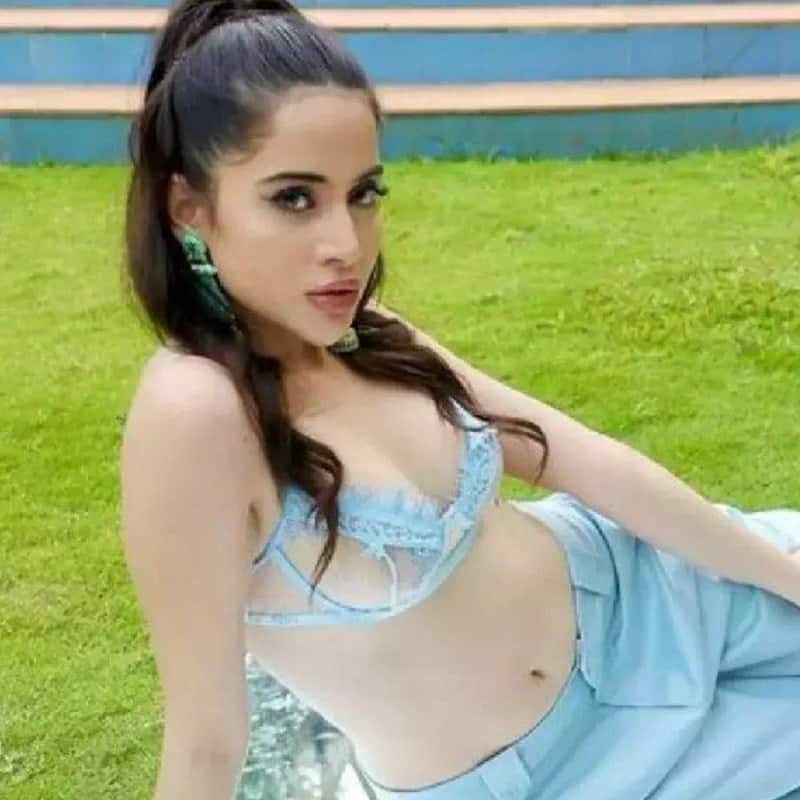 Bigg Boss OTT contestant Urfi Javed is known to be a motormouth. The actress believes in freedom and personal liberty. The brutal beheading of a Hindu tailor, Kanhaiya Lal in Udaipur yesterday sent shockwaves across India. A couple of Muslim men posted a pic brandishing their knives after chopping him to pieces. It was allegedly done as he had shown support to Nupur Sharma on social media. A man even took a video of the killing and circulated it on Twitter much to the shock and dismay of Indian citizens. Condemning the killing, Urfi Javed said that the purpose of religion is to have ethical morality in society. She said that extremism threatened that very belief and was harmful for generations. Urfi Javed said that God would never have approved of such brutality in the name of religion. Also Read - Koffee With Karan 7: Vicky Kaushal-Sidharth Malhotra, Aamir Khan-Kareena Kapoor and more – which was the least entertaining episode so far? VOTE NOW

It seems like she has been getting nasty messages after her Insta stories. She has shared a screenshot where a man refers to her as a chudail (witch). The man says that she is a disgrace on the community and they would not spare her. It sounds very threatening. Urfi Javed did not waste any time and reported him to Mumbai Police. Given how dangerous extremism can be, we can say it looks like a cautionary step. Also Read - Karan Mehra-Nisha Rawal marital saga: After BFF Rohit Verma's interview, fans comment that their divorce should be televised like Johnny Depp-Amber Heard 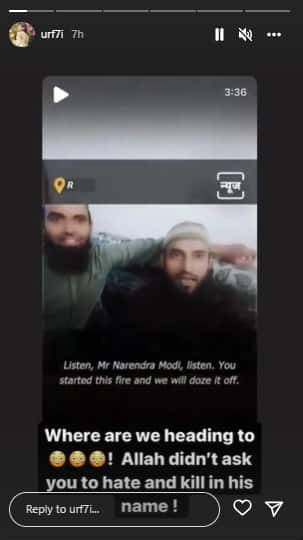 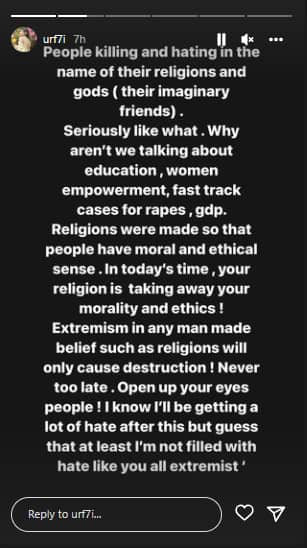 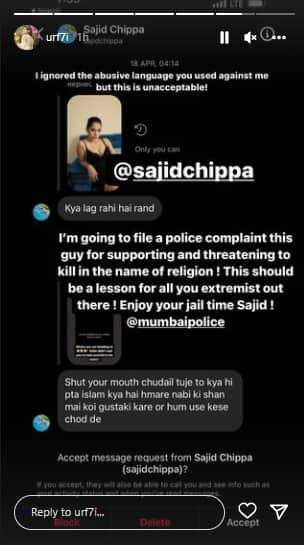 Yesterday, celebs like Gauahar Khan, Ranvir Shorey and Kangana Ranaut slammed the incident. Political and minority group leaders have also called out the perpetrators. The two men have been arrested by the cops. It seems the Government is checking if the two have alleged terror links or not.

Urfi Javed also took the 57th spot on the Most Searched Asians Worldwide List beating the likes of Janhvi Kapoor, Kangana Ranaut, Kiara Advani and others. She said that she was called undeserving only by those who were below her, or did not find a place on that list.