Varun Dhawan, as Badrinath, and Alia Bhatt, as his pretty dulhania, are busy painting the town red. But it seems that for once they decided to paint the town blue. What we meant was that the actors colour coordinated their outfits for the promotions of the film and made blue officially our favourite colour. We didn't know it could look so awesome! Varun's blue shirt which has paisley motifs makes it look like a dapper kurta with all the trimmings of a shirt and Alia's dress makes her look like the princess that she is!

You have got to watch this video of Varun Dhawan and Alia Bhatt singing Tamma tamma again LIVE!

Also Read - From Alia Bhatt to Kareena Kapoor Khan: 8 Bollywood celebs who share a great bond with their in-laws

Now, when it comes to Varun and Alia you can expect crazy antics and some quirky poses for the shutterbugs. They didn't disappoint us at all. So you have Alia sitting on Varun's lap in one picture, Varun kissing the back of Alia's hand while on his knees, lifting her up and much more. Their chemistry is crackling because of the obvious level of comfort that the two share. If you think we are exaggerating, just check out these pictures and you will know... Also Read - Trending Entertainment News Today – BTS fever grips Mouni Roy; Salman Khan to star in his first-ever biopic? 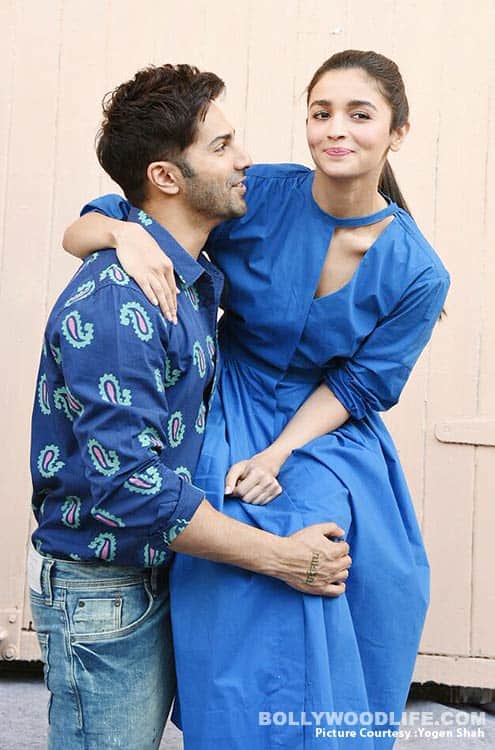 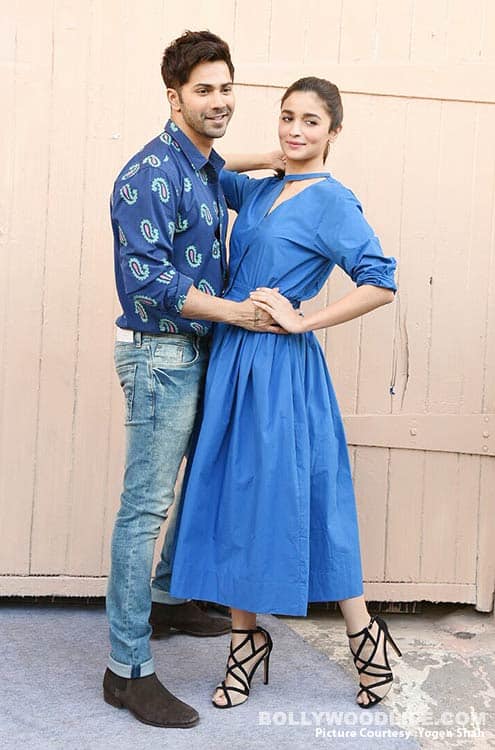 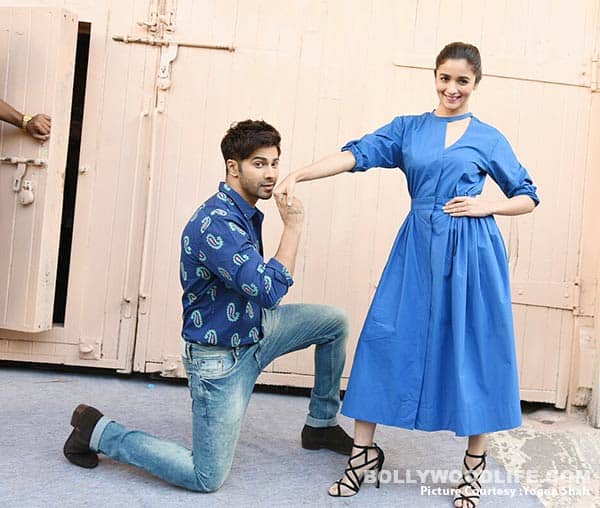 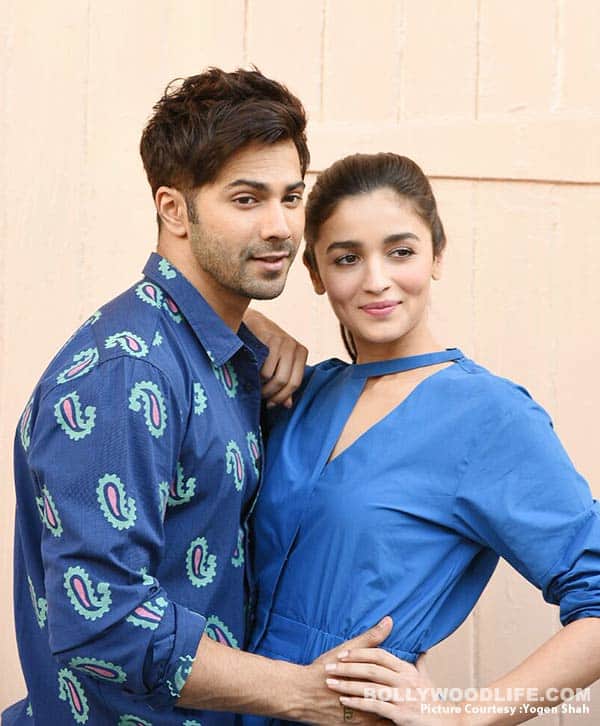 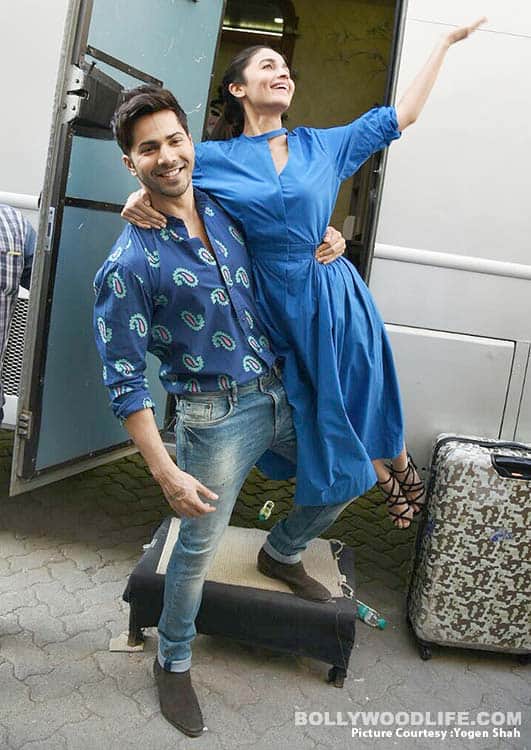 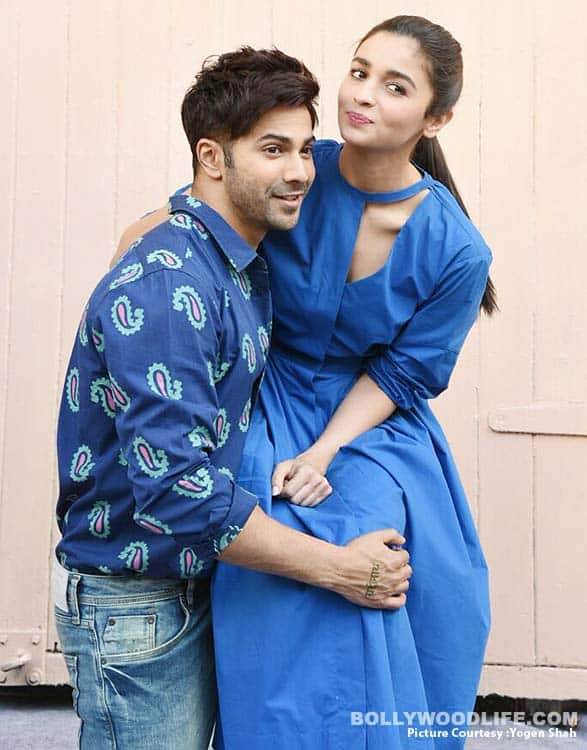 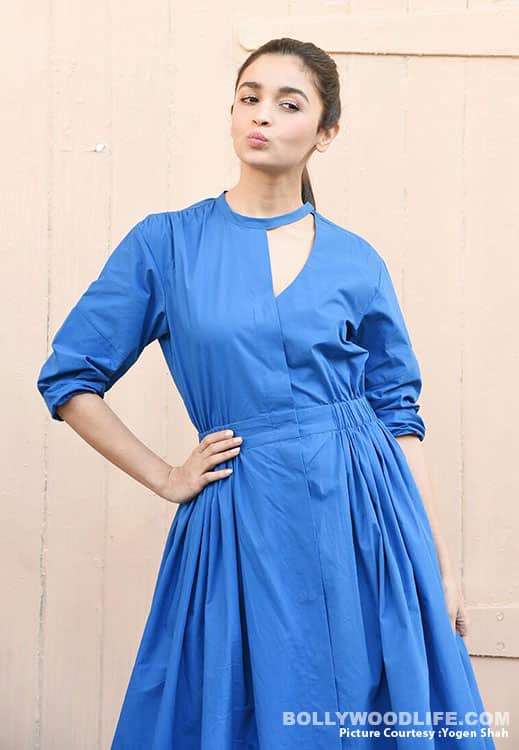 Even Alia found the pic of hers with Varun where she can be seen pretend to fly to be pretty cute. Sharing the picture on Instagram, she wrote:

Some flying during promotions today! ?- - ?Manoj

Varun however had a difficulty with this image

Behind the scenes. #lalaland. It's difficult posing with. @aliaabhatt cause we have so many pictures together but we try to come up fun stuff

All in all, it seems like the two had a really great time while promoting the film. Badrinath Ki Dulhania releases on March 10 and we can't wait to watch it.