Alia and Varun take Delhi to storm with their dance moves..

Varun Dhawan and Alia Bhatt are busy promoting their upcoming Holi release Badrinath Ki Dulhania. Yesterday, they were in Mumbai, painting the town blue with their colour coordinated outfits and today, they were at India Gate, Delhi. These two actors do something hatke every time they come together for their film's promotions and for Badrinath too, Varun and Alia are doing some really cool and crazy stuff. This time they decided to take India Gate to storm with their super cool dance moves. The song Tamma Tamma which is a tribute to the original Tamma Tamma starring Sanjay Dutt and Madhuri Dixit, is already a hit chartbuster. And Varun and Alia danced right in front of India Gate on the song. Isn't that fab? Check out the pic here.. (ALSO READ: This video proves Varun Dhawan and Alia Bhatt in Badrinath Ki Dulhania are the cutest pair ever!) Also Read - Priyanka Chopra, Katrina Kaif, Kareena Kapoor Khan and 4 more Bollywood actresses who raised brows with risqué necklines – view pics 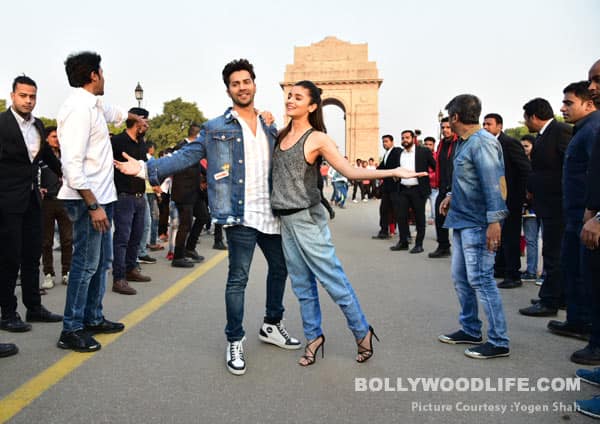 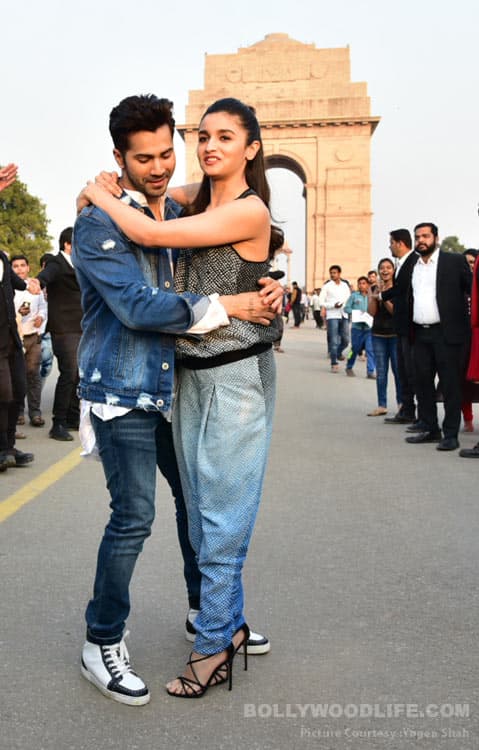 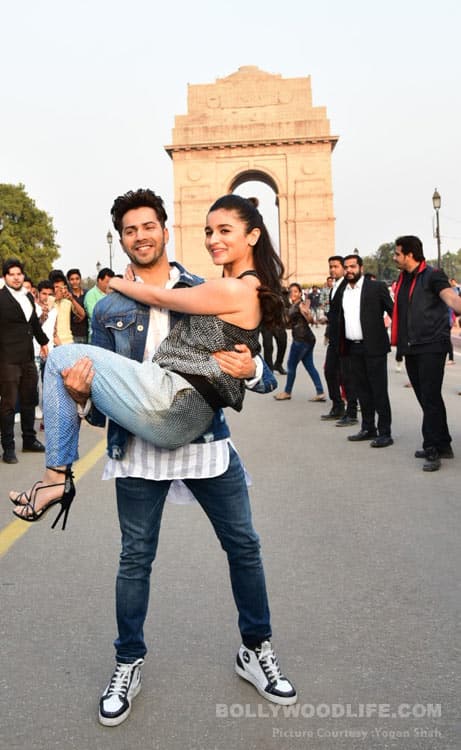 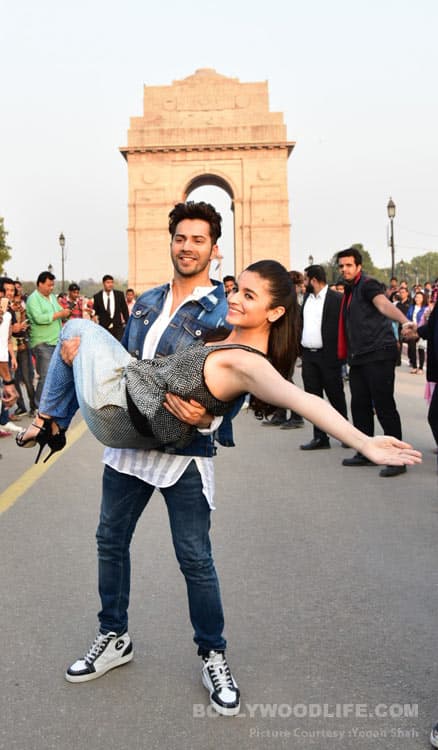 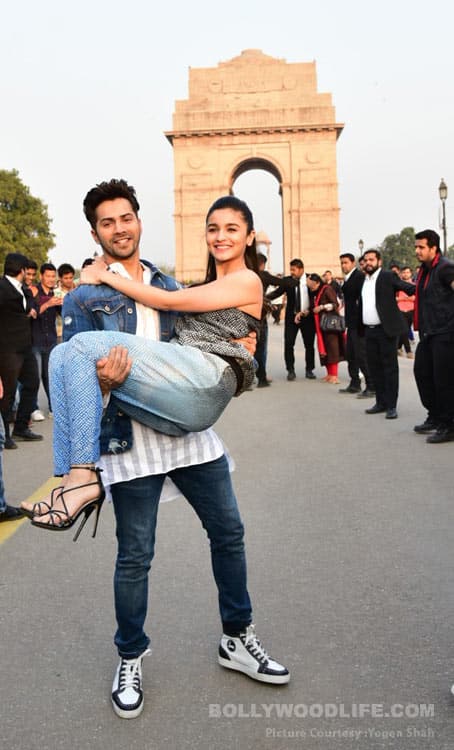 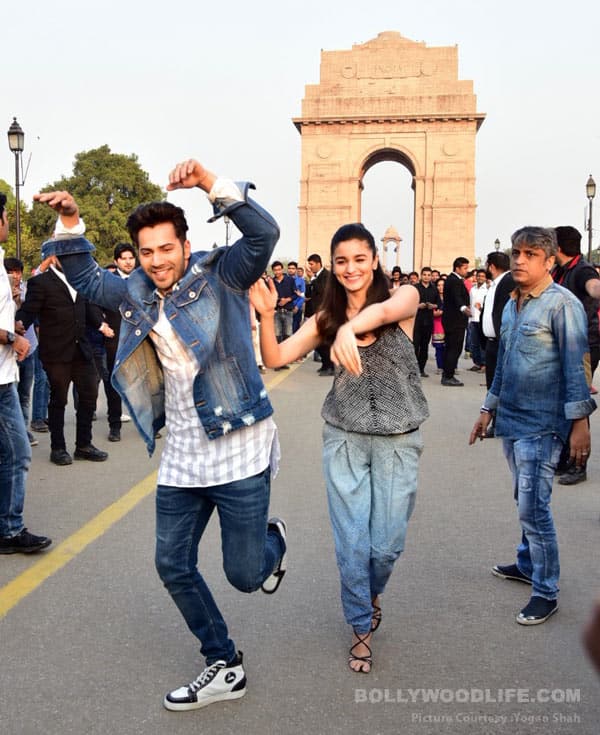 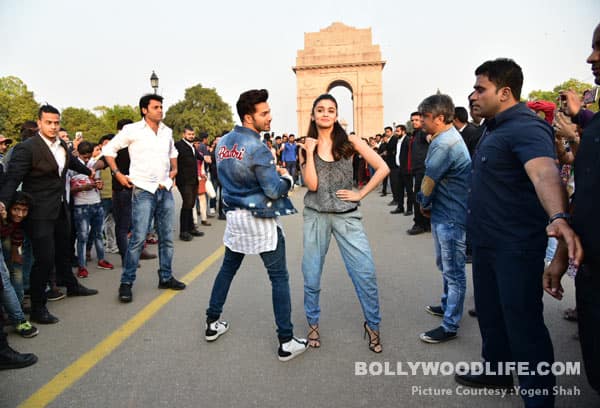 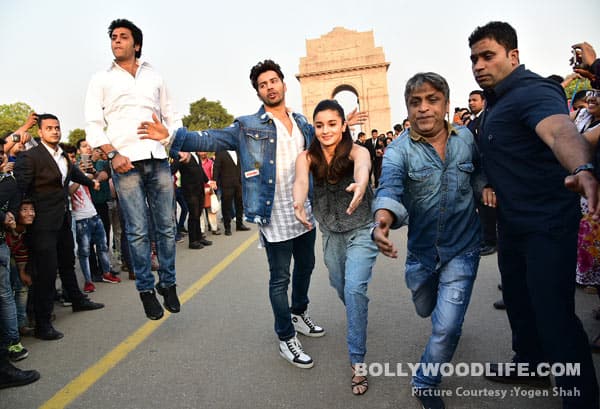 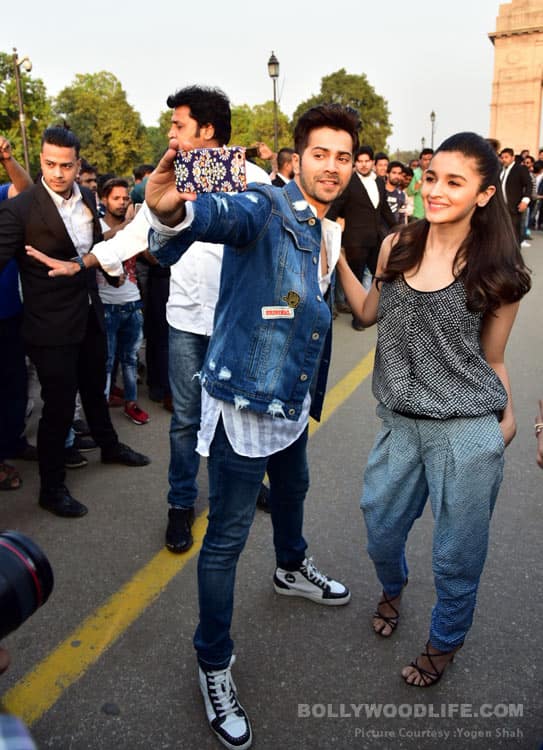 They seemed to have had a wonderful time and the crowd went all crazy seeing Varun and Alia perform on their film's song. Varun was seen sporting a denim jacket which had Badri wirtten on it. It reminded us of SRK who sported a similar- styled jacket while promoting Raees.

Talking about Badrinath Ki Dulhania, the film brings together Alia Bhatt and Varun Dhawan on the big screen for the third time after Student of The Year and Humpty Sharma Ki Dulhania. The audience has always loved the onscreen chemistry between them and with Badrinath too, expectations are quite high.. after all they have never disappointed us! If the trailer is anything to go by, it's gonna be light-hearted romantic comedy. (ALSO READ: Badrinath Ki Dulhania song Humsafar: Varun Dhawan’s romantic ways might just win Alia Bhatt over – watch video)

Badrinath Ki Dulhania has been directed by Shashank Khaitan and is slated to release on March 10.