The actor took some time off to holiday with his girlfriend, Natasha Dalal.

Varun Dhawan is all set to jump into the madness that will be promoting Sui Dhaaga. The movie is slated to release on September 28, with the trailer coming out in August. Then there is Dharma Productions' Kalank which still on the floors. The actor also needs to start the prep work for his dance film with Katrina Kaif. So before the madness begins, the actor took some time off to holiday with his girlfriend, Natasha Dalal. The lovebirds were in London, from where only one sunkissed picture of them surfaced online. The vacation has ended now and the pair is back in town. Also Read - Has Varun Dhawan changed after getting married to Natasha Dalal? Kriti Sanon reveals it all

Varun and Natasha were spotted at the airport today and were clicked by the paparazzi. The trend of 'airport look' seems to have taken a back seat now. As more and more celebs are opting for comfortable clothes - the ones you'd actually wear while travelling. Varun, too, was dressed in a jersey and track pants for maximum comfort. Natasha wore a crop top and very comfy pants. She topped it with a denim jacket. Simple and elegant and the kind of airport look we are on board with. Also Read - Happy Birthday, Varun Dhawan: THESE 10 romantic pics of the Badlapur star with wife Natasha Dalal is all about love, care and cheerful memories 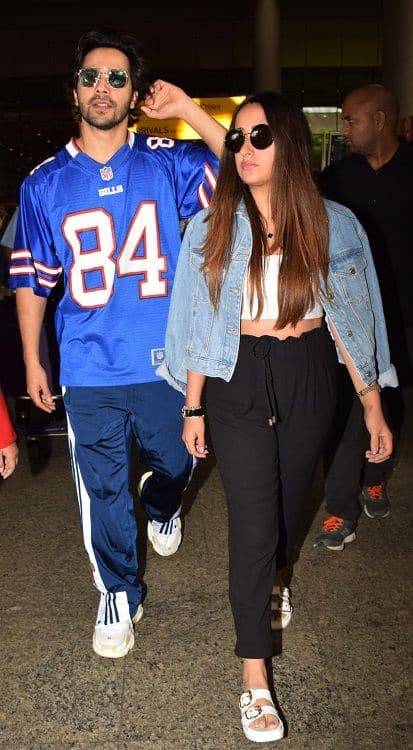 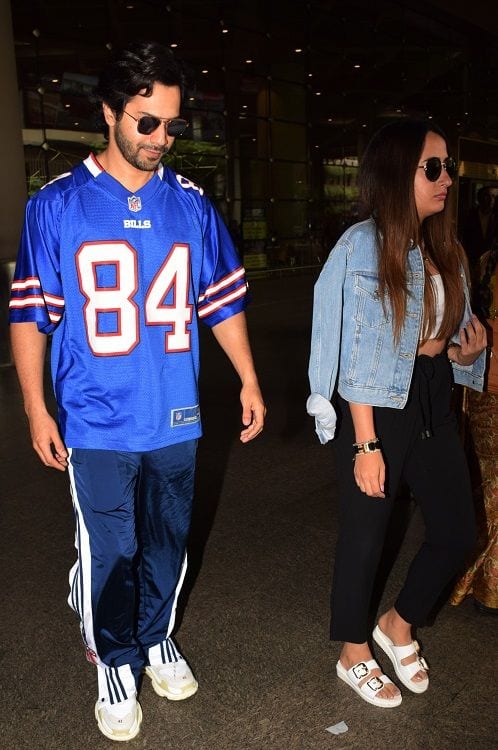 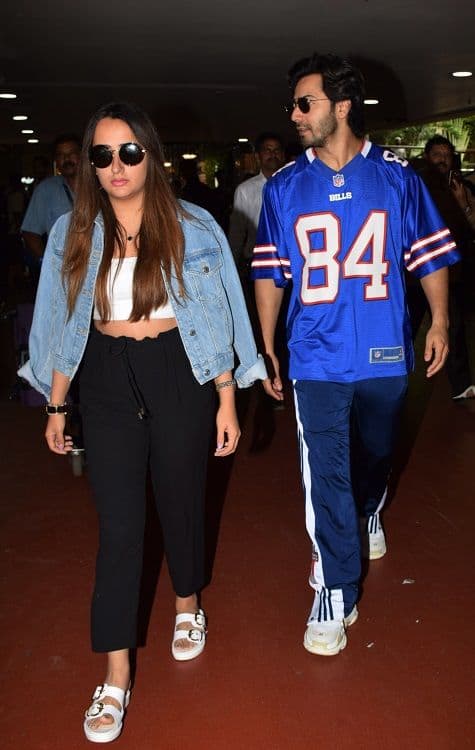 Earlier, in an interview with CNN-IBN, Varun had shared his wedding plans. He had said, “I am not someone who just wants to be not married. I believe in the institution and I don’t think there should be an age and date for this, but there should be a feeling that it is the right time and when you feel it then get married.”

In Sui Dhaaga, Varun has been paired opposite Anushka Sharma for the first time. In Kalank, the actor will be seen alongside Alia Bhatt, Sonakshi Sinha, Madhuri Dixit, Sanjay Dutt, Aditya Roy Kapur.