Varun Dhawan as The Human Torch, Sidharth Malhotra as The Thing - who would play the desi Fantastic Four? 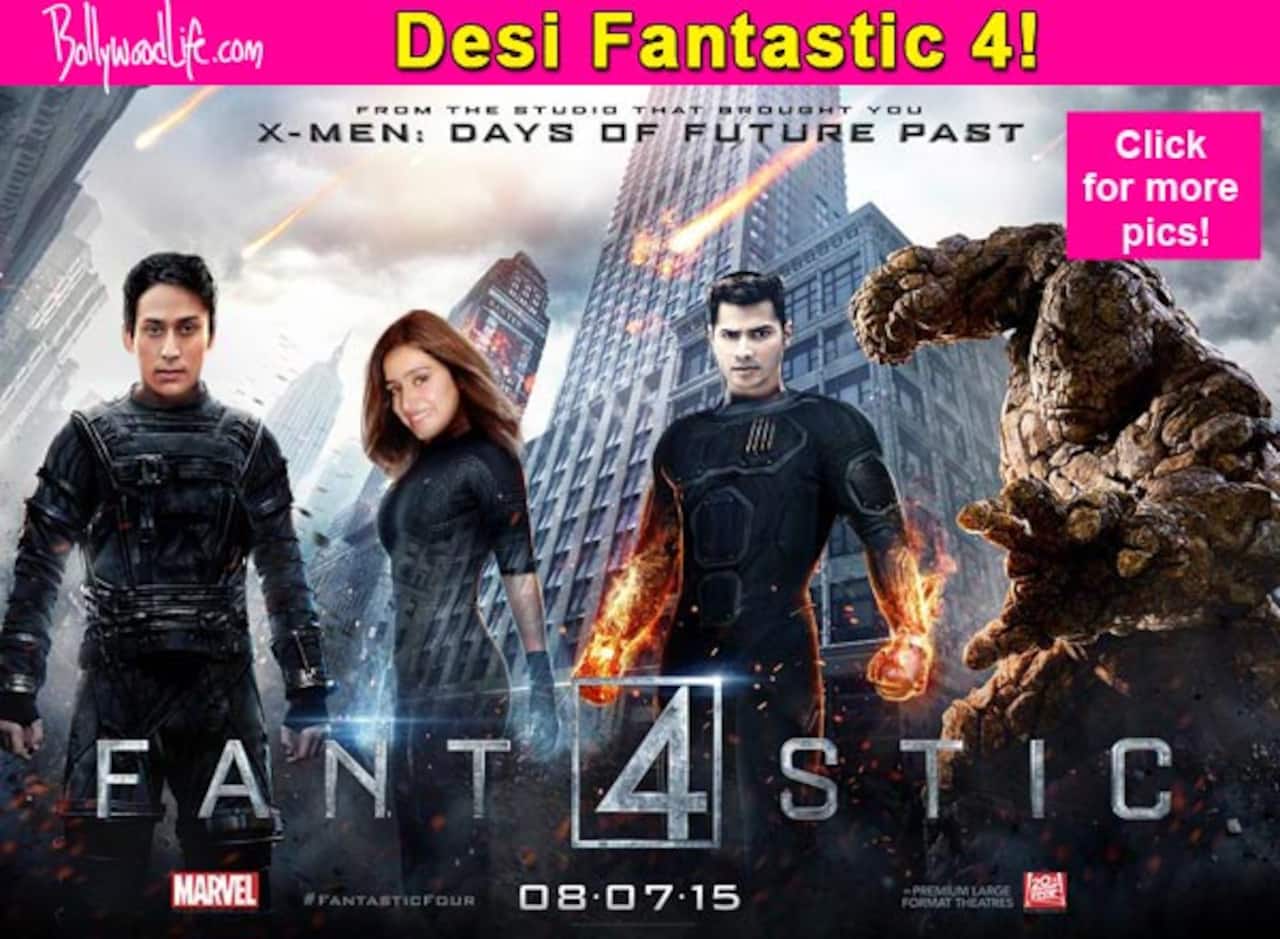 With the latest iteration of Fantastic Four zooming straight out theaters this week, let's look at who can play desi version of Marvel's first superhero family!

Fox's Fantastic Four hit Indian shores two weeks. This was the third stab at the Marvel franchise by Hollywood franchise after the 1994 disaster and the average yet cheesily entertaining 2005 film, with Jessica Alba and Chris Evans and its 2007 sequel. Also Read - Kiara Advani's adorable wish for birthday boy Sidharth Malhotra will make you want to see them get married already

After the last film got not so great reviews, Fox decided to reboot the series again, after the successful reboot of X-Men. Josh Trank of Chronicle fame, was handled the responsibility with Miles Teller, Kate Mara, Michael B. Jordan and Jamie Bell, playing the lead. The leads are younger this time, as the film is inspired by the Ultimate storyline! But the movie failed to win any plaudits even with the change in the vision, the third time around! Also Read - Sidharth Malhotra REVEALS his birthday plans; talks about Mission Majnu and Indian Police Force

So if Bollywood ever gets a stab at remaking Fantastic Four Rohit Shetty style, this would be our wishlist for the superhero team! Also Read - Kiara Advani makes Sidharth Malhotra's birthday every bit special; here's how 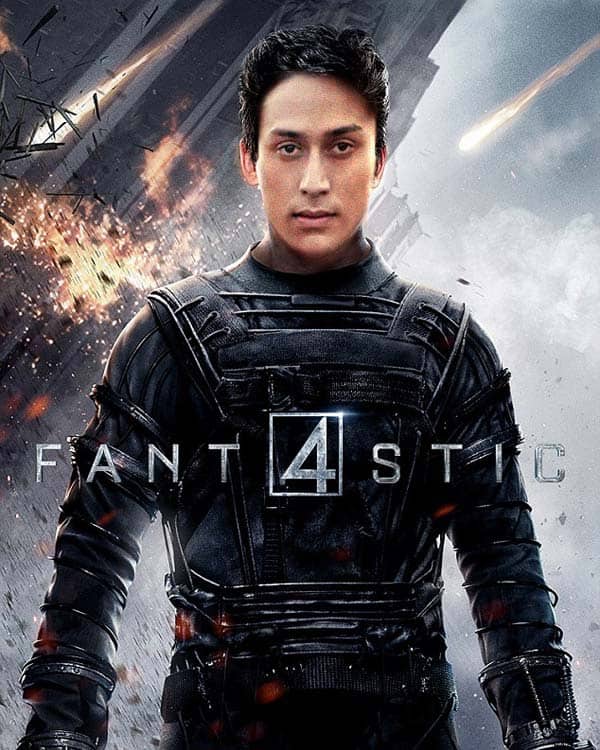 Who's Mr Fantastic: The leader of the group as well as a brilliant, but nerdy scientist. His powers is that he has the ability to stretch any part of his body as much as he wants (okay...no sniggers please!)!

Why Tiger: Though Tiger Shroff has played a macho role in this debut film, Heropanti, we believe he has in it to play geeky roles as well. It will be a kind of different role for him, after all even geeks can be hero, like Peter Parker! Above all he almost has a rubber-stastic body, which is evident in his dance and stunts! It means a lot less work for the VFX team! 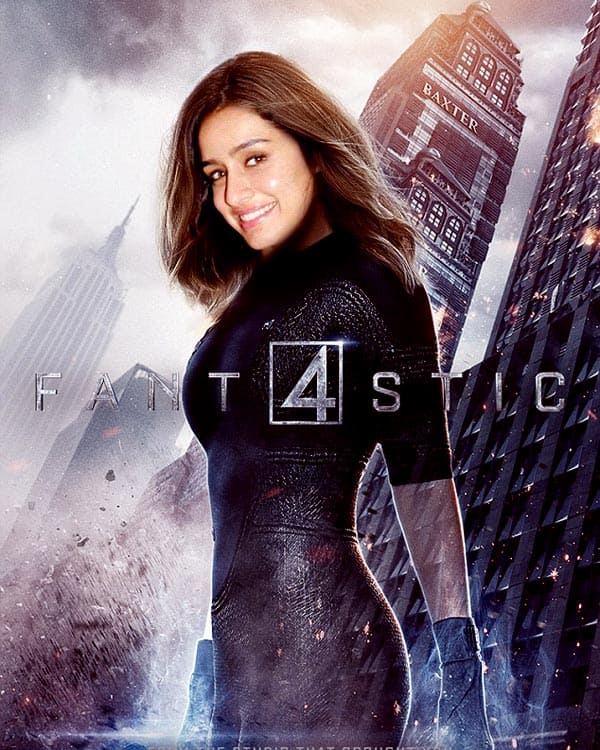 Who's The Invisible Woman: She is the second-in-command of the team, and also happens to be Richard Reed's love interest/wife. Her powers are, as her name suggests, going invisible and emitting powerful force shields.

Why Shraddha Kapoor: She is beautiful and she has done strong women-centric roles before, but not an action-oriented one. Sue Storm is a kind of an uptight, strict lady, so Shraddha with her effusive smile can add a cheery twist to the character. And if there is any one who doesn't like Shraddha in the role, be content with the fact that she will stay invisible! 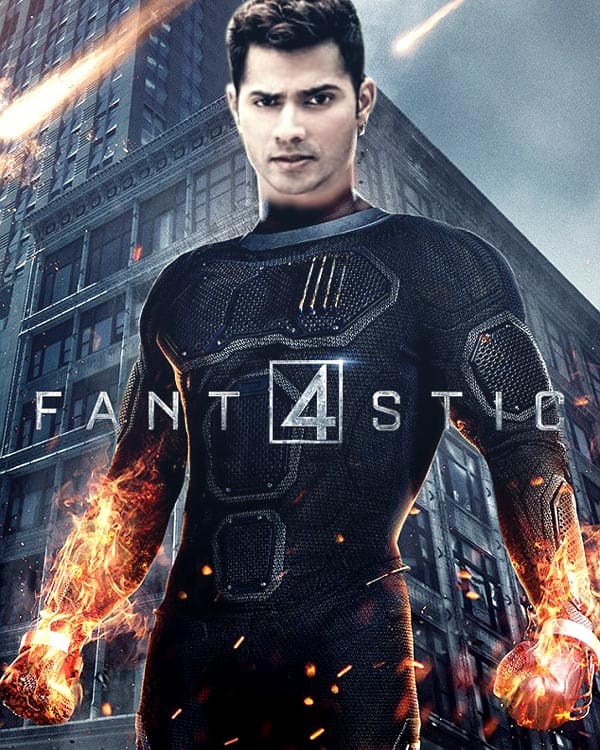 Who's the Human Torch: He is the hot-headed and charming brother of Sue Storm, who often puts the team in trouble with his impulsive ways. He can become a flaming figure, as much as the temperature of Sun if he wants, and can also throw fireballs!

Why Varun Dhawan: Varun has the charming, impish quality in him, that's perfect for the role. His image as a ladies' man fits Johnny Storm like a T! And it won't hurt the BO prospects when you have one of the hottest actors around in your film! 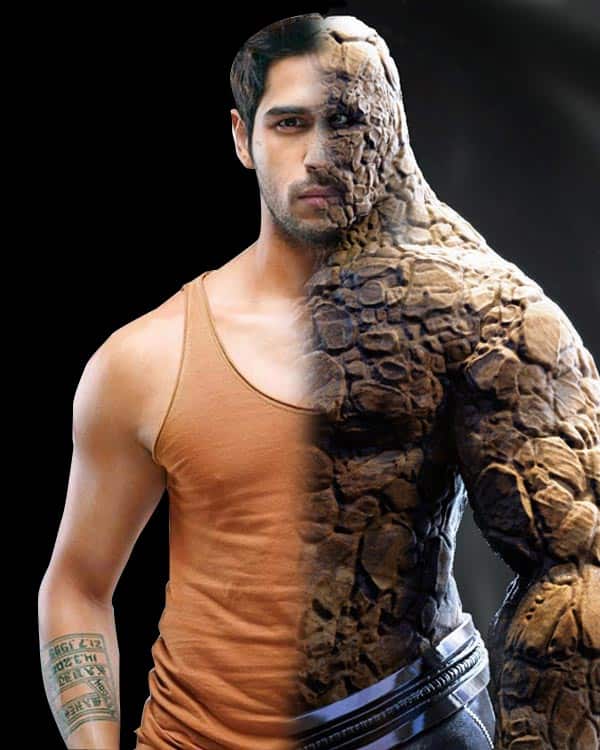 Who's the Thing: He is Richard Reed's best friend, who gets a rock-like appearance following cosmic accident that gave the team super-powers. He is very strong and can even give Hulk a run for his money! His playful banter with Johnny Storm also provided some light moments in both comics and films.

Why Sidharth: Following Brothers, Sidharth has already made a hulk of himself with his ruff-tuff physique. His brooding appearance suits the character well. Also his love hate relationship with Varun could work great on screen for the Ben Grimm-Johnny Storm equation, as seen in Student of The Year! The only downer is 80% of his screen-time would be motion capture, so his female fans won't get to see his natural rugged form much!

So what do you think about our desi roster for Fantastic Four?