Varun Dhawan, who is busy with the filming of Remo D'Souza's Street Dancer 3D, turns 32 on April 24

Meanwhile, Varun has also been busy with the filming of Remo D'Souza's Street Dancer 3D. The film will see Varun reuniting with Shraddha Kapoor and will also star Nora Fatehi. The team has been shooting the film in London and BTS pictures and videos from the sets are already making our wait for the trailer of the film harder. But as you know, Varun is very particular about his 'Me' time as well as 'Family' time. When it comes to either, there are no compromises for him and so, Varun, who celebrates his 32nd birthday on April 24, decided to gift himself a mini break to Thailand on the occasion. He was seen at the airport last night, on his way to the Asian country. Dressed up in track pants, a printed ganji and a bright yellow jacket, the Kalank actor already looked relaxed and in the vacay-mode. He completed the look with sporty sneakers, specs and a Bowler hat. Also Read - Trending entertainment photo gallery: Aly Goni, Jasmin Bhasin, Sonakshi Sinha, Varun Dhawan and more unmissable celeb pictures of the day

Have a look at the picture for yourself: Also Read - Varun Dhawan seeks help from fans for his 'fatherhood' – watch video 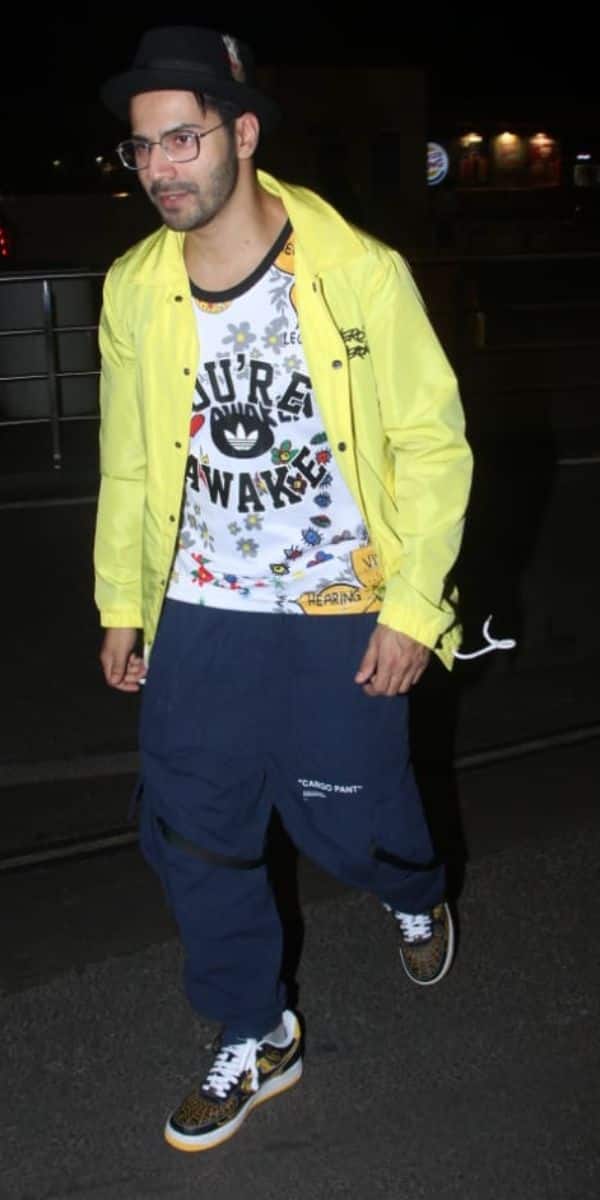 However, we did not spot his girlfriend Natasha Dalal anywhere and wonder if the actor has taken off for a solo trip. Or is he going to be joined by his boy gang or his lady love in Thailand. Well, we must wait and watch out for more pictures from Thailand to find that out. Meanwhile, fans can go and catch up on his Zafar in Kalank if they have still not watched the movie.