Varun Dhawan supports outcry over #CecilTheLion's death, demands hanging of the dentist who killed the animal

The world is enraged over the killing of Zimbabwe's lion Cecil and Varun has supported the outcry on Twitter. Read on!

American dentist Walter Palmer has taken humanity to a new low by hunting down Zimbabwe's most celebrated Lion, Cecil.The dentist who enjoys merciless killing of animals as a hobby, has come under scrutiny for carrying out an illegal hunt and killing Cecil, who was prized cat and a tourist attraction. Reports suggest that Palmer, was accompanied by a professional hunter and the land owner, while carrying out the hunt and is now facing the wrath of the nation for killing Cecil.

Recently, Varun Dhawan took to Twitter in order to support the outcry against Cecil's death and tweeted writing," #CecilTheLion will be remembered forever. He has sparked a fire. The world should hang the man who killed him" Check out this beautiful picture which the ABCD 2 actor put up along with the post: 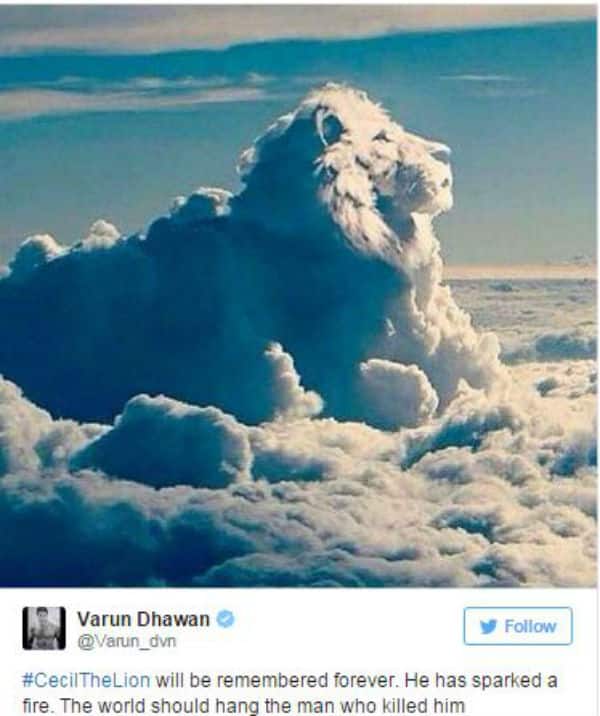 The actor demanded the killing of the "sick dentist" who hunted Cecil. Check out rest of his tweets: 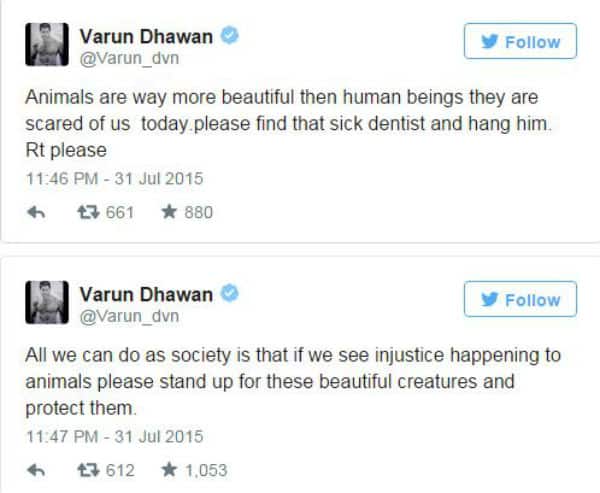 As we all know, Varun is an animal lover and it's essential that influential celebrities like him take to social media platforms in order to raise awareness regarding such issues. Actresses like Sonakshi Sinha, Alia Bhatt and Anushka Sharma too have taken to Twitter earlier to express their anger against animal cruelty.