Varun Dhawan to mark his TV debut alongside Hrithik Roshan as a dance reality show judge!

Varun Dhawan had replaced Hrithik Roshan as the hero of Shhuddhi. But looks like the duo is all set to come together on the small screen. 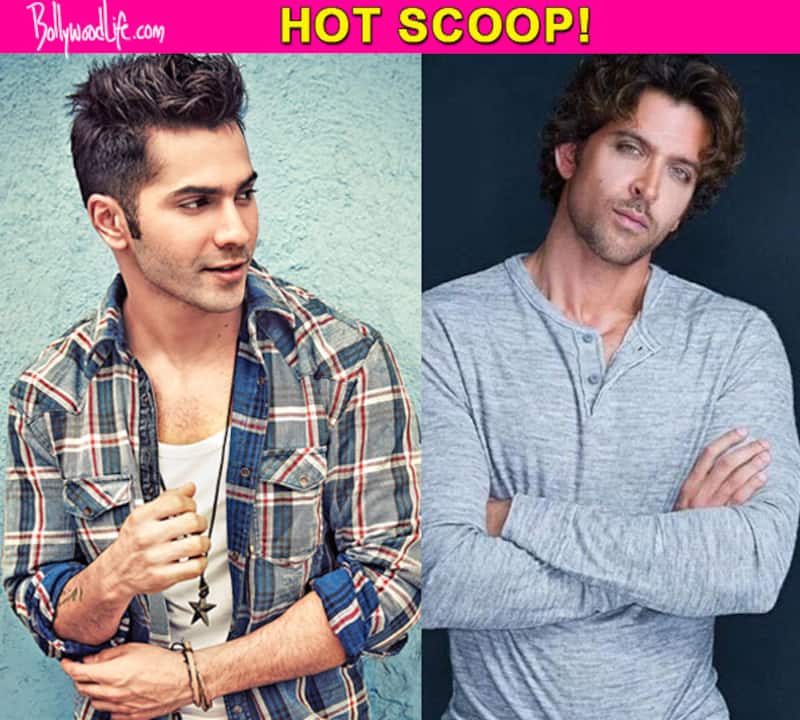 Well, what's common between the ABCD 2 hero and the Agneepath star you ask? We have a handful of them and we are glad that the two might just be coming together on small screen...

Varun Dhawan and Hrithik Roshan will soon be seen as the judges of a dance reality show. Well, going by a report in Filmfare magazine the two are being considered by a network for the Indian version of So You Think You Can Dance. While both Hrithik and Varun are yet to give their nod and sign the dotted line, they are definitely the front runners. The glossy also gave details of how the channel is prepping up for this show and has an interesting line up of choreographers and stars. If Hrithik and Varun both agree to come on board, this will mark the Badlapur actor's debut on TV. As for the Mohenjo Daro actor, this will be his second inning on small screen as he has been a judge on Just Dance before this. Also Read - Sussanne Khan and Arslan Goni BRUTALLY trolled as they arrive for Arjun Kanungo-Carla Dennis wedding; netizens say, 'Iss namune se Hrithik millions time better tha'

Considering that both Varun and Hrithik are fabulous dancers, if the channel does indeed manage to rope the two they will have a sure shot hit television product in hand. Both these men dance like a dream and have huge fan following the makers can be assured of great TRPs. Also a dance face-off between Hrithik and Varun would be an absolute delight for the channel's publicity of this show. Also Read - Arjun Kanungo wedding reception: Hrithik Roshan's ex-wife Sussanne Khan with boyfriend Arslan Goni, Bobby Deol and others make a splashing entry

The report also suggested that the team is will start shortlisting the talent, which is a mix of professionally trained and amateurs in the coming month. However, the show is expected to go on floors with these stars in the month of May or June. Both Varun and Hrithik are currently busy with their respective films Dishoom and Mohenjo Daro. Also Read - Laal Singh Chaddha leaked online on Tamilrockers, Filmyzilla, Telegram and more; Aamir Khan, Kareena Kapoor Khan film latest victim of piracy