Sony will roll out the carpet for Spider-Man fans this weekend with the release of Venom. The movie will unravel the back story of the anti-hero, with Tom Hardy as the lead. While we’re excited to see what the movie has in store for fans, international critics warn us not to have high hopes from the movie. The Venom reviews are out in the West and they do not have great things to say. Most Venom reviews tilt towards the negative than the positive and it is not a good sign for the production house.

Tom Hardy's new Venom trailer is edgier than the previous ones; watch video

The Hollywood Reporter’s Todd McCarthy says Venom is a “strong candidate for the least marvelous Marvel film.” He writes, “The pervasive lack imagination of this film under the auspices of director Ruben Fleischer, in his first feature outing since the dreadful Gangster Squad in 2013, makes one appreciate the thought and care that Marvel has lavished not only on the likes of Black Panther and Captain America but even on more minor-league entries such as the amusing Ant-Man titles.” Also Read - WHOA! Are ex-Spideys Tobey Maguire and Andrew Garfield joining Tom Holland in MCU's Spider-Man 3? Latter responds

Entertainment Weekly’s Chris Nashawaty says, “Venom isn’t quite bad, but it’s not exactly good either. It’s noncommittally mediocre and, as a result, forgettable. It just sort of sits there, beating you numb, unsure of whether it wants to be a comic-book movie or put the whole idea of comic-book movies in its crosshairs. It never rises above bombastic and busy.” Also Read - Cherry trailer: Tom Holland sheds the Spider-Man costume to play a soldier/bank robber

Collider’s Perri Nemiroff writes, “Venom almost gets away with its nonsensical plot in the end thanks to that Eddie and Venom bromance, but then you’re reminded of the major missed opportunity here – more than once, actually. Venom should have been a quality start to Sony’s own Marvel franchise.”

Robbie Collin from The Telegraph gives the movie a one-star rating and writes, “Venom can be quite a lively watch, both as a reminder of why Hollywood stopped making superhero films like this, and also for the occasional glimpse of the off-the-wall, star-driven freak-out that might have been.” He adds, “But in terms of basic entertainment, let alone as the foundation of a franchise, it is miserably shaky stuff.”

Bryan Bishop from The Verge calls the movie “bizarre and baffling mess.” But he gives Hardy the thumbs up. “The most important thing about Venom is that Tom Hardy does an incredible job. His character doesn’t necessarily work or even make sense within the context of the film, but he undeniably gives a capital-P performance,” he writes. 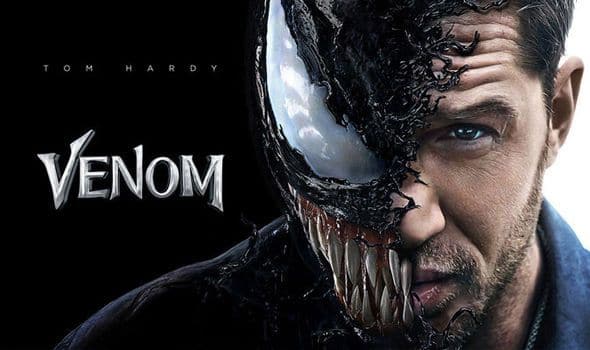 IGN’s Laura Prudom says the movie is a frustrating viewing experience. “In this Ruben Fleischer-directed monstrosity that rewrites the character’s origin to omit its foundational relationship to Spider-Man (who Sony has rented out to Marvel for the moment) slimy alien Symbiotes are brought to Earth and must merge with a perfectly matched human host in order to survive, otherwise the body rejects them, killing the host and potentially the Symbiote as well. Sadly, Venom suffers from the same lack of cohesion and rejects everything that might’ve turned it into a badass joyride in the vein of Deadpool or Guardians of the Galaxy. The result is a muddled hodgepodge that isn’t sure whether it wants to be comedic or take its troubled antihero way too seriously,” he writes.

Katie Walsh from Chicago Tribune accepts that the movie is a mess, but she deems it as a fun mess. “It's a mess, but wow, is it ever a fun, fascinating mess. Those are always so much more thrilling than any of the formulaic superhero movies that parade through multiplexes all year,” she writes.

Are you planning on watching Venom this weekend? Tweet to @bollywood_life and let us know!