Verdict Out! Fans want THIS Bollywood actor to step into Suriya’s shoes in the Bollywood remake of Soorarai Pottru – view POLL RESULT

Taking Ajay Devgn, Hrithik Roshan and Ranveer Singh as the leading contenders, we asked fans which of these talented stars best fit the bill for the remake of Suriya's Soorarai Pottru. The results are out and we've got a clear verdict from our users. 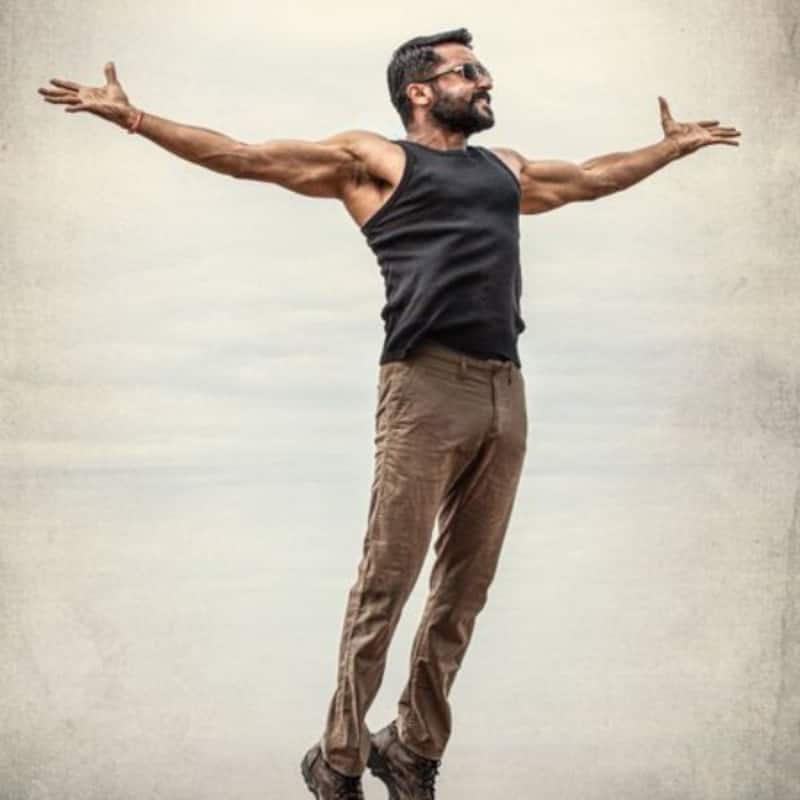 A week ago, we saw Suriya and the makers of Soorarai Pottru announcing the remake of the superstar's last release, Soorarai Pottru, which skipped its theatrical release and premiered on Amazon Prime Video due to the COVID-19 pandemic crisis. As fans are quite kicked about this remake, we conducted a poll to see which Bollywood actor can play the lead role in this venture and recreate the same kind of impact and intensity, which Suriya had aced it in the original film. Also Read - Ranveer Singh shows off his chivalrous side as he walks hand-in-hand with Deepika Padukone; fans say, 'Both are looking normal today' [VIEW PICS] 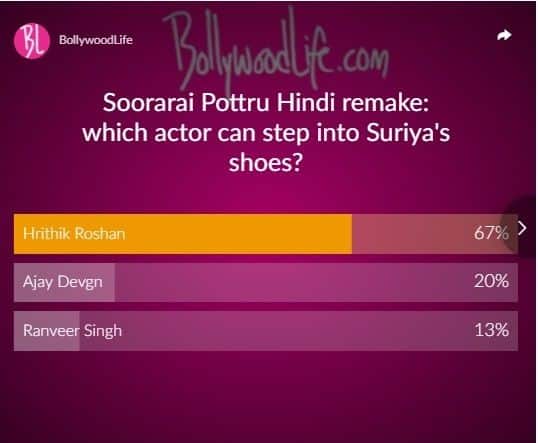 Taking Ajay Devgn, Hrithik Roshan and Ranveer Singh as the leading contenders, we asked fans which of these talented stars best fit the bill for the remake. The results are out and we’ve got a clear verdict from our users as the 'Greek God' of Bollywood, Hrithik Roshan, won the poll by a resounding margin, garnering 67% of the votes. Talking about the other two contenders, Ajay Devgn and Ranveer Singh received 20 and 13% votes respectively. Also Read - From Salman Khan-Katrina Kaif to Sushmita Sen-Rohman Shawl: Exes who remain good friends even post break up

Well, we can already imagine HR in the remake of Soorarai Pottru and honestly, if it happens, and is made well, it could definitely shatter several records at the box office. Coming to the Hindi remake, it will be bankrolled by Vikram Malhotra's Abundantia Entertainment and 2D Entertainment, led by Suriya, Jyotika Sadanah and Rajsekar Pandian. Sudha Kongara, who also helmed the original, will again take on directorial duties.

While announcing the remake, Suriya expressed his excitement and said in a statement, “The love and appreciation that was showered on Soorarai Pottru was unprecedented! From the minute I first heard this story I felt this had to be a pan India film, because the soul of it was such. It gives me immense pleasure to partner with Abundantia Entertainment, who have always made quality content, to tell the inspiring story of Captain Gopinath in Hindi.”

Meanwhile, Hrithik Roshan has a trio of biggies under his belt like Fighter, the Vikram Vedha remake and Krrish 4.