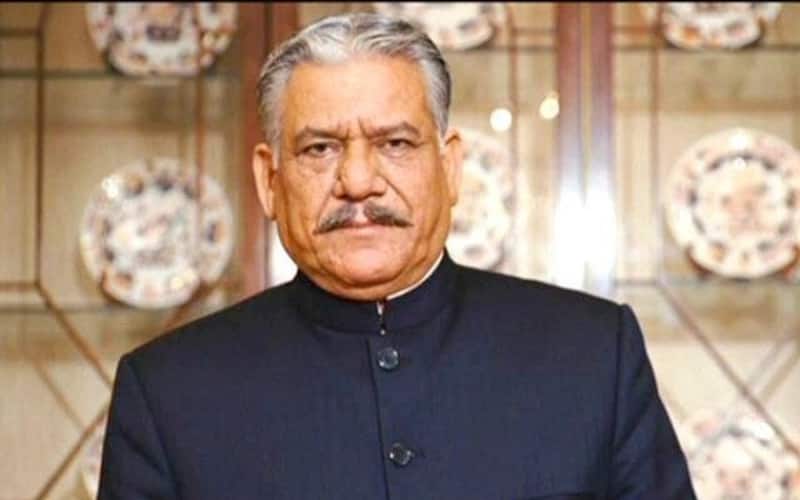 One of the finest actors of the industry, Om Puri has passed away at the age of 66 due to heart attack. The veteran actor passed away on January 5, 2016, at his residence. Close friend Ashok Pandit confirmed the report on the same via Twitter. He tweeted, "Sad & shocked to know that versatile actor Om Puri jee has expired due to heart attack early morning today. #RIP." He was one of the best and most versatile actors in the industry. Not to forget, from trying different roles to working in different industries (Bollywood as well as Hollywood) the actor has left a huge impact in the fraternity. Bollywood mourns the death of the actor. Also Read - Sidharth Malhotra-Kiara Advani wedding guest list: Shershaah couple to tie the knot in Chandigarh; Katrina Kaif-Vicky Kaushal, Varun Dhawan, more to attend

According to reports, the actor returned last evening after a shoot. Today morning when the driver reached his residence to pick him up, the door bell went unanswered, post which an alarm was raised. Many from the industry have reacted to this news that broke minuets ago and are deeply saddened by such a huge loss. Anupam Kher tweeted, "I have known #OmPuri for d last 43yrs. For me he’ll always b a great actor, a kind & generous man. And that is how world shud remember him." Filmmaker Karan Johar too has reacted tweeting, "Solid actor....Solid filmography....immense talent.... #RIPOmPuri ....cinema has truly lost a brilliant artist...." (ALSO READ - Om Puri passes away at 66 following a cardiac arrest) Also Read - Rhea Chakraborty has found love again post Sushant Singh Rajput and is in a relationship with Bunty Sajdeh [Reports]

RIP Om Puri.
We have lost one of our finest.
A talent, A Voice, A Spirit.
Will miss you Puri Saab.

Shocked to know that the immensely talented actor #OmPuri passed away. Big loss to our film industry. RIP

Seeing him lying on his bed looking so calm can’t believe that one of our greatest actors #OmPuri is no more. Deeply saddened & shocked.

RIP Om puri .. interactions with you were always full of life.. you were one of the finest artist we are proud of..

Shocked beyond words to learn that #OmPuri ji is no more. Will miss you sir. Condolences to the family. RIP #HugeLoss pic.twitter.com/REq9vDrtkk

My last memory of him a couple of months back was him dancing in front of the screen as the end credits rolled out #ActorInLaw #RIPOMPURI pic.twitter.com/EfNqtYDC4J

The Prime Minister condoles the passing away of actor Om Puri & recalls his long career in theatre & films.

completely shocked to hear that om puri ji is no more.may his soul be blessed with peace!it will take long to come to terms with his demise!

Om ji,u were the finest. Will miss u always.Thank u so much for giving me n the entire world such fond memories..love u sir. #RipOmpuri sir pic.twitter.com/pXwicOqs3H

So many unforgettable performances, that will outlive all of us. What a legend!

Condolences on the passing away of one of our finest ever actors #OmPuri pic.twitter.com/gBCK6mWwLF

Sad to hear about the passing of the massively talented Om Puri. May god give peace to his soul & strength to his family #RIPOmPuri

Woke up to this sad news #RIPOmPuri
What an artist he was!! pic.twitter.com/vcACPbTWiS

Omji... u were laughing with us on set jst a few days ago! We have lost one of the greatest actor & the warmest person in the film industry

It is true indeed. The industry has lost a renowned actor. The 66-year-old Om Puri is survived by his ex wife Nandita Puri and son Ishaan. He was last seen in Sunny Deol’s Ghayal Returns and also featured in one of the biggest hits of 2016 The Jungle Book. Puri voiced the famous panther Bagheera, in the film. The actor also marked his Pakistani film debut last year with Actor In Law and was also filming for Gurinder Chadha’s Viceroy’s House that featured Gillian Anderson. His sudden death has indeed come as a shocker to the film industry and the actor’s fans. Also Read - Kartik Aaryan on why Love Aaj Kal 2 flopped; says audiences came to theatres for him and Sara Ali Khan