Vicky Kaushal and Katrina Kaif wedding: Mika Singh invited but SKIPS the shaadi of the year! Here’s Why [EXCLUSIVE]

Vicky Kaushal and Katrina Kaif wedding guest list: Mika exclusively reveals to BollywoodLife the REAL reason why he will not attend the shaadi.

Right now everyone wants to be a part of this lavish wedding. But there’s one person who chose to skip despite being invited. Well yes! BollywoodLife exclusively got in touch with Bollywood’s popular singer Mika Singh to know whether he will be performing on the sangeet or wedding night of Vicky Kaushal and Katrina Kaif. However, the ace singer left us surprised with his reply that he has been invited but he has some shows to do and so he won’t be able to make it. Also Read - Priyanka Chopra to be replaced in Alia Bhatt-Katrina Kaif starrer Jee Le Zara after embracing motherhood?

And looks like Mika who openly admits Bhai ka Dushman Mera Dushman, Bhi K dost Mera dost has applied the same theory on the same. Remember his open fight with Kamaal R Khan after Salman Khan declared taking legal action against the former actor for his derogatory remarks against the superstar on social media.
Mika was a special guest at Salman Khan’s younger sister Arpita Khan Sharma’s wedding where he bought the night down with his unmatchable talent. The wedding was even attended by Ms. Kaif in 2014. Also Read - Katrina Kaif shares latest pictures from Maldives; calls it her happy place and we couldn't agree more 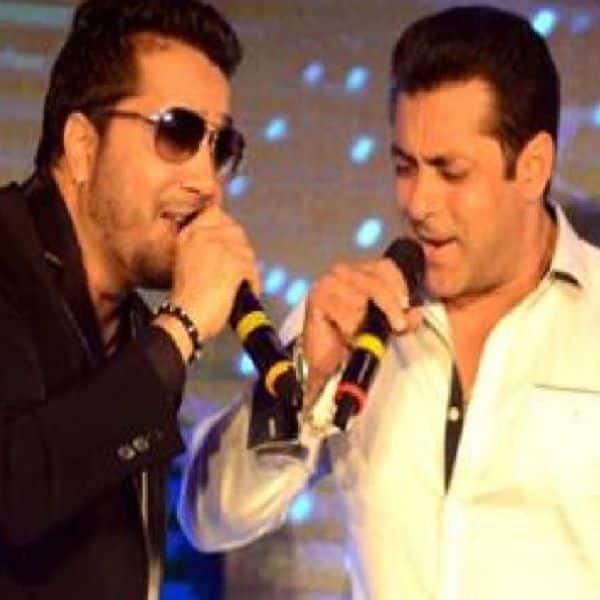 The singer though revealed to BollywoodLife that he has some other professional commitments and that’s the reason he won’t be attending the wedding.

While singers like Gurdaas Mann, Simran Mundi, Shankar Mahadevan have already reached the venue and created quite a stir at the sangeet night of the beloved couple.

Last night Katrina Kaif and Vicky Kaushal had their sangeet ceremony and it is said to be one of the helluva nights. Today is the D Day when the couple will become man and wife and we cannot contain our excitement to see them finally as Mr and Mrs.