Vicky Kaushal, who has been busy shooting for the biopic on freedom fighter Udham Singh in St Petersburg, Russia, is back in Mumbai. The Shoojit Sircar directorial is scheduled for a 2020 release

Vicky Kaushal's first look from the much-talked-about biopic of the freedom fighter Sardar Udham Singh dropped just day before yesterday and we were bowled over by Vicky's sauve look. Dressed in well-cut suit and a long overcoat along with a hat in his hand, the Uri actor looked dapper. Meanwhile, the mark on his right cheek, which he got a few days ago after an injury on the sets of Bhanu Pratap Singh's next horror film, was quite prominent.

After shooting for Shoojit Sircar's directorial, the biopic of Sardar Udham Singh, in St. Petersburg, Russia, Vicky is now back in the bay. Based on the life of freedom fighter who assassinated Michael O’Dwyer, former Lieutenant Governor of Punjab of British India to avenge the horrors of the Jallianwala Bagh massacre, the film will have Vicky playing the titular role. Meanwhile, as he landed in Mumbai, the actor carried forward his sauve appearance with a plain white tee and distressed denims. He covered up his injury mark in a smart and simple way with his shades. 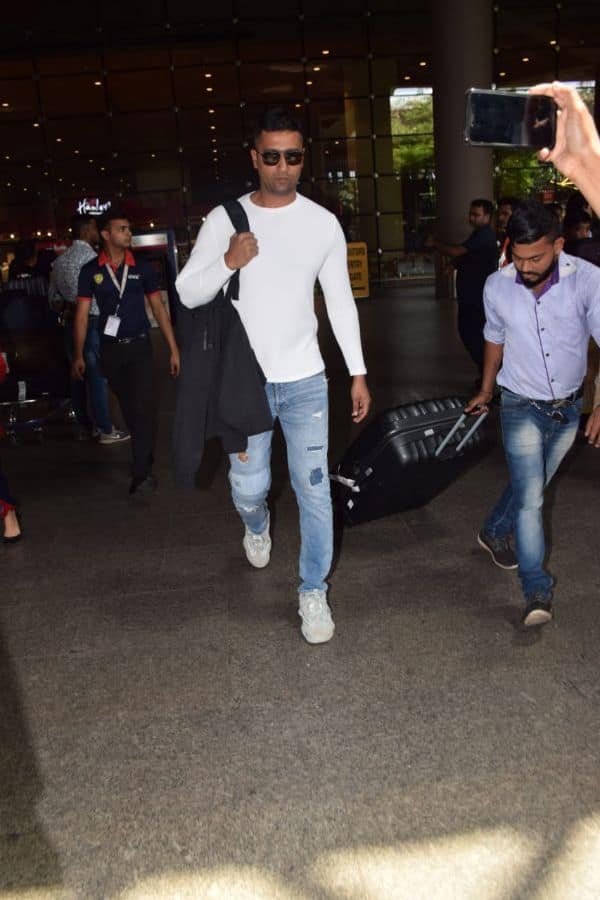 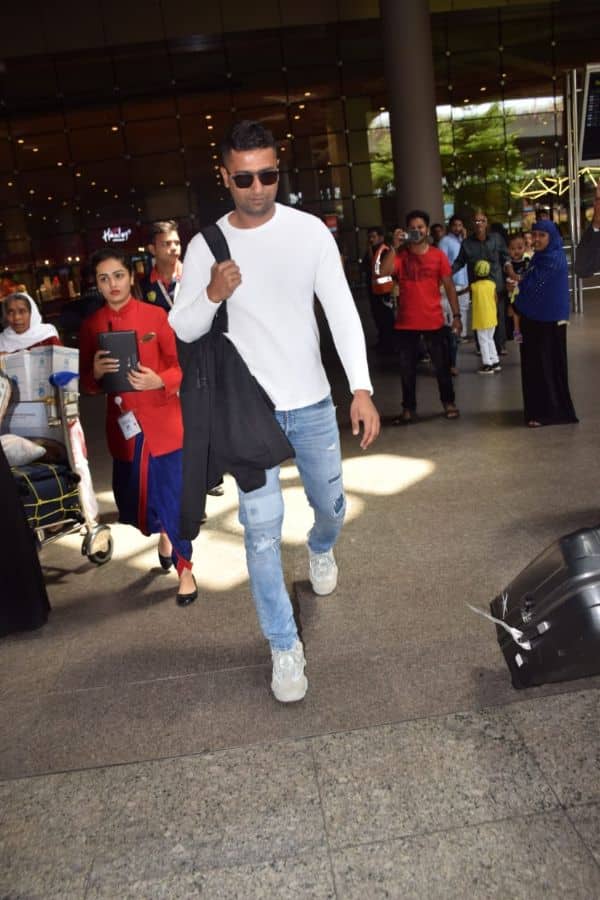 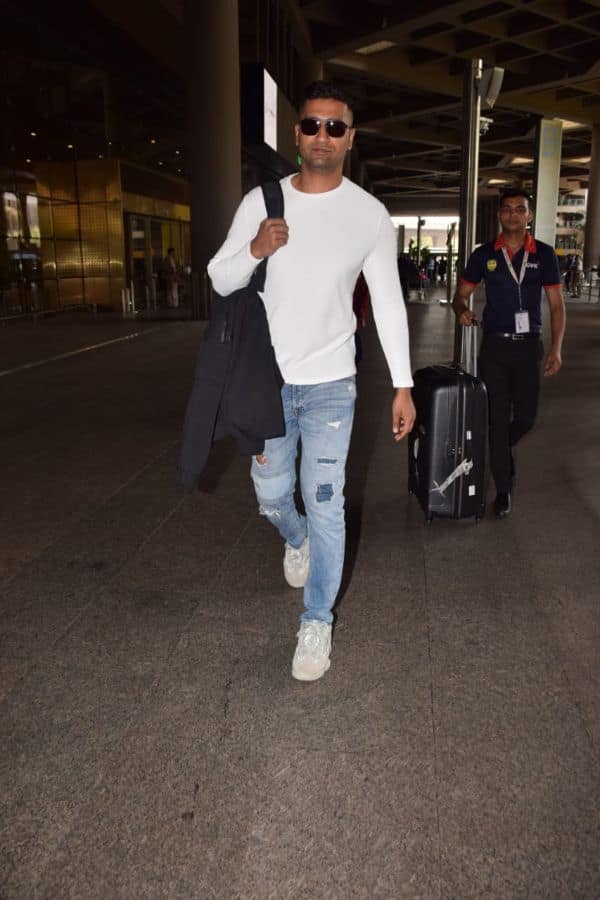 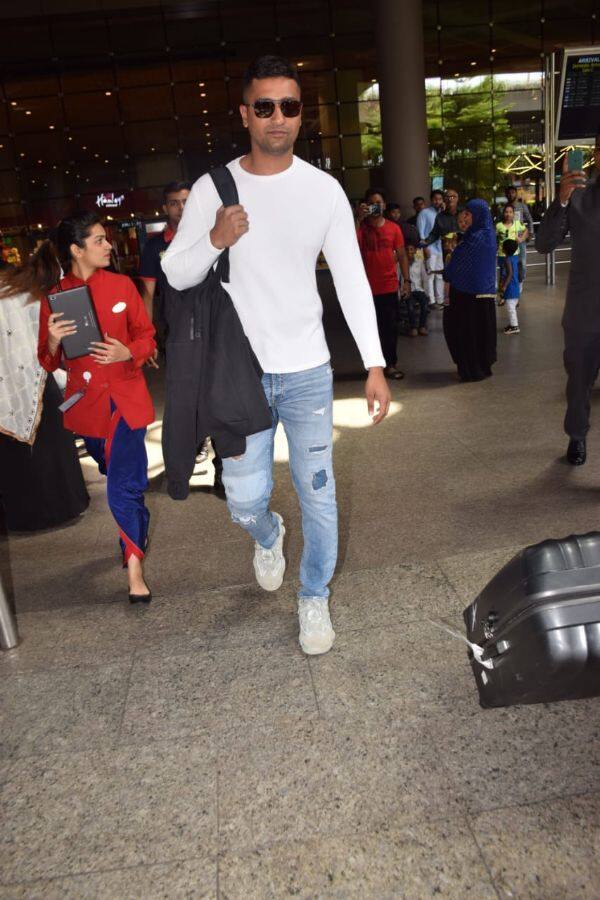 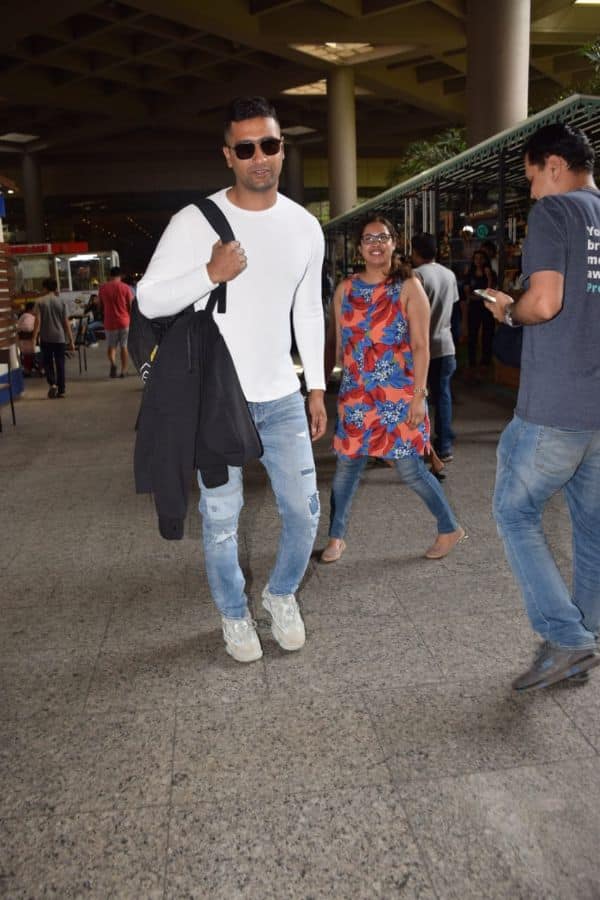 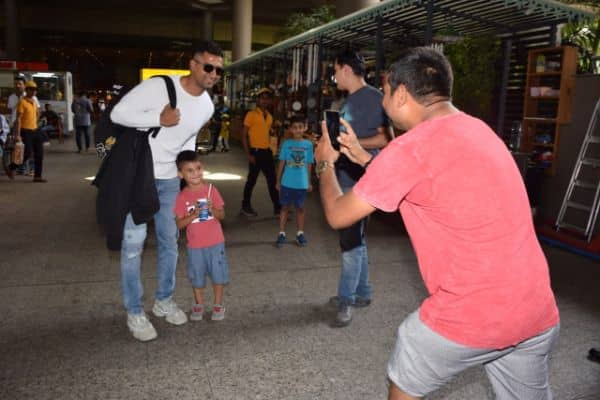 And what we couldn't help noticing was how down-to-earth Vicky is despite being into the limelight after Uri: The Surgical Strike. As the actor arrived at the airport, fans immediately started clicking away and a little fan demanded a picture with him. While Vicky was on a tight schedule, he took time out to pose for the picture before dashing away to his car. Sweet, right?

Earlier, the Uri star seemed all kicked about working with Shoojit Sircar who has been on his checklist of dream directors to work with. He had said, "It's a surreal feeling because it's like a dream come true as I am finally getting to work with him. I have always been a big admirer of how Shoojit sir looks at his stories. The way he is looking at the character (Udham Singh) and the world is extraordinary as well as beautiful. Plus, it's also a big honour for me that finally, I am going to be directed by him. Honestly, that's something that will take time to sink in."

Apart from this, Vicky is also shooting for Bhanu Pratap Singh's horror film which features Bhumi Pednekar and is being directed by Bhanu who has been an Assistant Director for Shashank Khaitan. The crew has already shot a part of the film in Mumbai in a month-long schedule in January this year. Apart from that, Vicky and Bhumi will also share screen space in Karan Johar's next multi-star directorial Takht alongside Kareena Kapoor Khan, Ranveer Singh, Alia Bhatt, Anil Kapoor and Janhvi Kapoor.