Vicky Kaushal's father Sham Kaushal REVEALS he was diagnosed with stomach cancer; had suicidal thoughts, 'Wanted to end my life'

Vicky Kaushal's father Sham Kaushal recalled how he was was diagnosed with cancer in September 2003. He even revealed how there was no chance of him surviving and he even decided that he would end his life my jumping off the third floor. 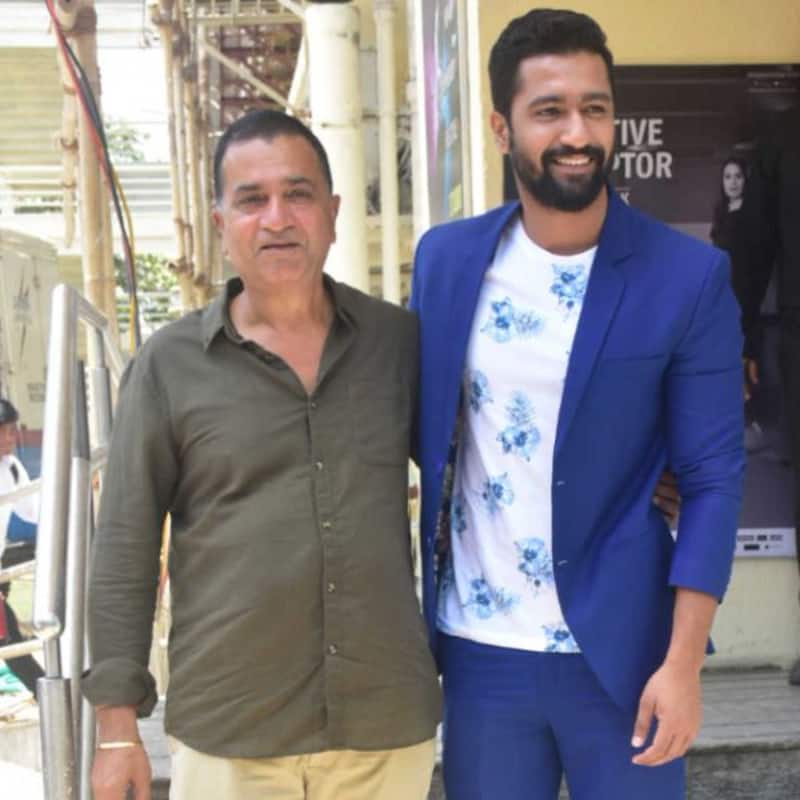 Bollywood actor Vicky Kaushal's father and stunt director Sham Kaushal had been diagnosed with cancer in September 2003. In an interview with a media portal, Sham recalled how after returning from Ladakh shooting Lakshya, he started experiencing pain in his stomach. Sham visited the Nanavati Hospital, he underwent an operation and had several complications. Sham had visited the hospital earlier for his appendix problem with Bollywood actor Nana Patekar. The doctors called Nana who left his shoot in Pune to visit Sham in the hospital. Also Read - Trending Entertainment News Today: Salman Khan's body double Sagar Pandey passes away; Ranbir Kapoor becomes protective husband to preggers Alia Bhatt and more

In an interview with the Times of India, Sham recalled that he was unconscious and there was an infection in his stomach. Doctors had cut out a piece of the stomach and sent it for tests. The piece diagnosed cancer and he was not sure whether would survive or not. He further revealed that he was in the hospital for 50 days and the doctors kept testing him for a year. But cancer did not spread and it has been 19 years since the unfortunate incident. Also Read - The Immortal Ashwatthama: Vicky Kaushal and Samantha Ruth Prabhu's film back on track after the actor manifested it on KWK7 couch

Sham even spoke his heart out about the people who stood beside him when he was hospitalized in October when his film was scheduled to go on floors in November. Sham said that there was no chance of him surviving and he even decided that he would end his life my jumping off the third floor. Sham said, 'I told God, 'Please end this. I don’t have any regrets. I came from a small village and by your grace, I lived a good life. If you want to save me, don’t make me weak.'' Also Read - Ranbir Kapoor, Ranveer Singh, Tiger Shroff and more gen-Z Bollywood stars poised to be the next superstars after the Khans – here's how they rank

Sham revealed how Anurag Kashyap had messaged him saying that only he will do Black Friday and they will wait for him. Vicky's father Sham returned from the hospital in December, after 50 days, and started shooting for Black Friday.