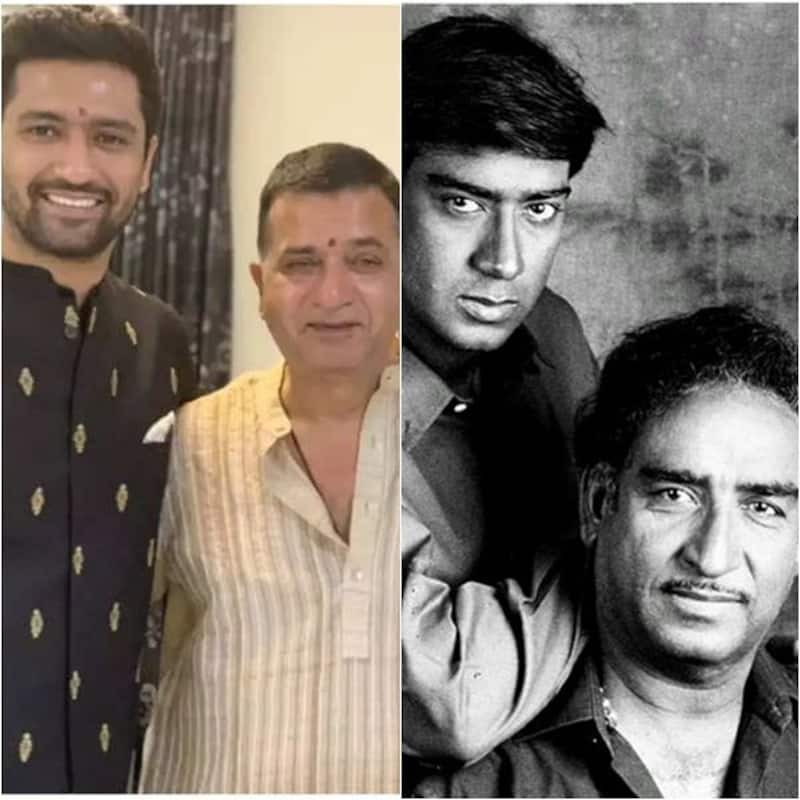 Vicky Kaushal's father Sham Kaushal is one of the most celebrated stunt choreographers in Bollywood right now. He has done some notable work by directing action sequences in films such as Dangal, Padmaavat, Dhoom 3 and Bajirao Mastaani. While reacting to his son Vicky's work and action scenes, Sham Kaushal went on to talk about his long association with Ajay Devgn's father, action-choreographer and stunt director Veeru Devgn who was known as Bollywood's action master. Also Read - Katrina Kaif wants Vicky Kaushal to have a beard like Hrithik Roshan; he replies, 'We need to talk'

Speaking to TOI, Sham shared that he started his career as an assistant to Veeru Devgn when ‘Ajay must have been in 4-5th standard’. He didn't know anything about the stunt work and learnt everything from Veeru Devgn. Sham also talked about his special bond with Ajay Devgn. When he became an action director, Sham worke with Ajay in Dhanwaan (1993). Also Read - Ajay Devgn to Shilpa Shetty: Bollywood celebs who became victims of robbery

"We share a respectable bond. Kuchh log ek doosre se milte kam hain lekin dil se jude hote hain (Some people have a special bond, they don’t need to meet to keep affection alive). It’s not necessary that we work together all the time, but even if you meet such people after years, you feel affection for them. Ek doosre ko Punjabi jhappi daal de toh wohi apnapan lagta hai (A tight Punjabi hug is all it takes to stir up emotions). And Ajay is such a warm person like his father," Sham told the daily. Also Read - Alia Bhatt-Ranbir Kapoor announce pregnancy; these memes on Deepika Padukone-Ranveer Singh, Katrina Kaif-Vicky Kaushal will make you ROFL

He added, "When Veeru ji passed away, I was shooting in Kochi. I remembered all our days together, especially when I was walking the streets hungry, he took me to his home and fed me."

Veeru Devgan passed away in Mumbai on May 27 in 2019 at the age of 85. He has choreographed action sequences in over 80 Bollywood movies. He was known for his action choreography in films such as Mr Natwarlal, Phool Aur Kante and Shahenshah among many others.