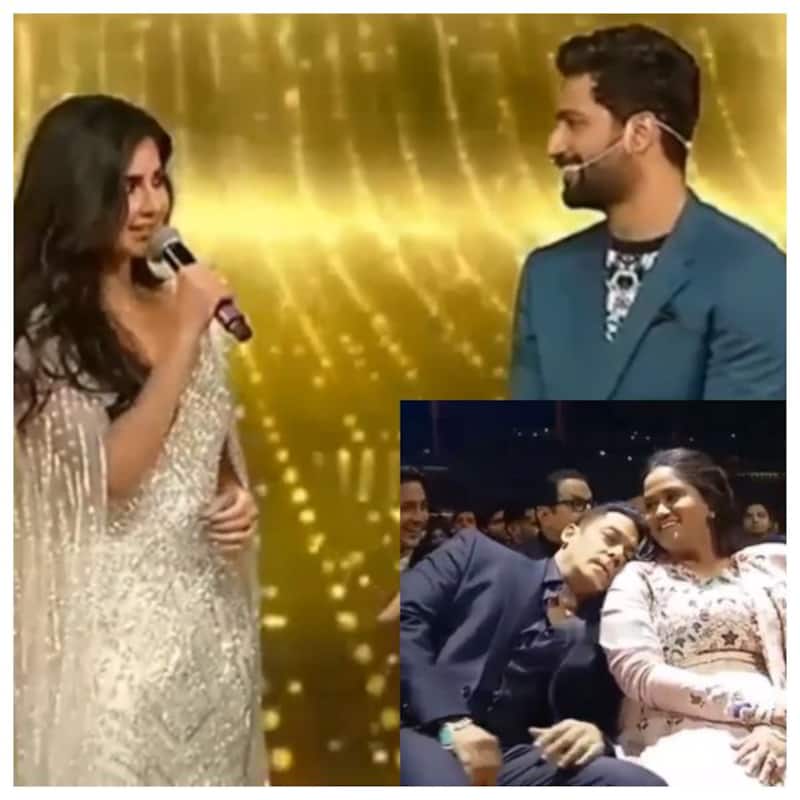 What happens when you propose Katrina Kaif for marriage in front of Salman Khan? If you’re thinking you wouldn’t even dare to imagine doing it, leave alone actually doing it, you’re in for a juicy scoop of news. At a recent award function, Vicky Kaushal got up on the stage and popped the question in front of the national television. The URI actor, who was one of the co-hosts of the show, was sharing the stage with Katrina for a few minutes and took the chance of proposing the Zero actress and yes, Salman was right there. Also Read - Happy Birthday Sara Ali Khan: From Luka Chuppi 2 to Gaslight —Here's an interesting lineup of her films

Vicky referred to the recent wedding season that took over Bollywood and asked Katrina why doesn’t she find a nice “Vicky Kaushal” and get married. Kat went speechless for a few seconds while Vicky went on to ask her, “Mujhse Shaadi Karogi.” It wasn’t long before the cameras turned towards Salman and we were treated to an adorable reaction. Also Read - Katrina Kaif, Priyanka Chopra, Ranveer Singh and more Bollywood actors who got accused of throwing tantrums while on flight

While Katrina blushed at Vicky’s proposal, Salman faked a faint while he was seated next to his sister Aprita Khan. The moment was so precious we couldn’t stop rewatching it. But hold on, there was more. Katrina managed to bring Salman back to his sense when she says that she can’t dare to marry him. Also Read - Bigg Boss 16: Faisal Shaikh and Kanika Mann the first two confirmed contestants for Salman Khan's show?

Check out the adorable video here:

We couldn’t stop laughing every time we watched it. Isn’t Vicky the cutest!

The actor is shedding away his cute image for a serious role in Uri. The actor will be seen playing an army officer in the movie based on surgical strikes. Uri will be 2019’s first Bollywood release and it has generated a good buzz around it.

As for Katrina and Salman, the actors will be seen together in Bharat, releasing on the occasion of Eid this year.