The remake also features top Tamil star STR aka Simbu in a cameo. 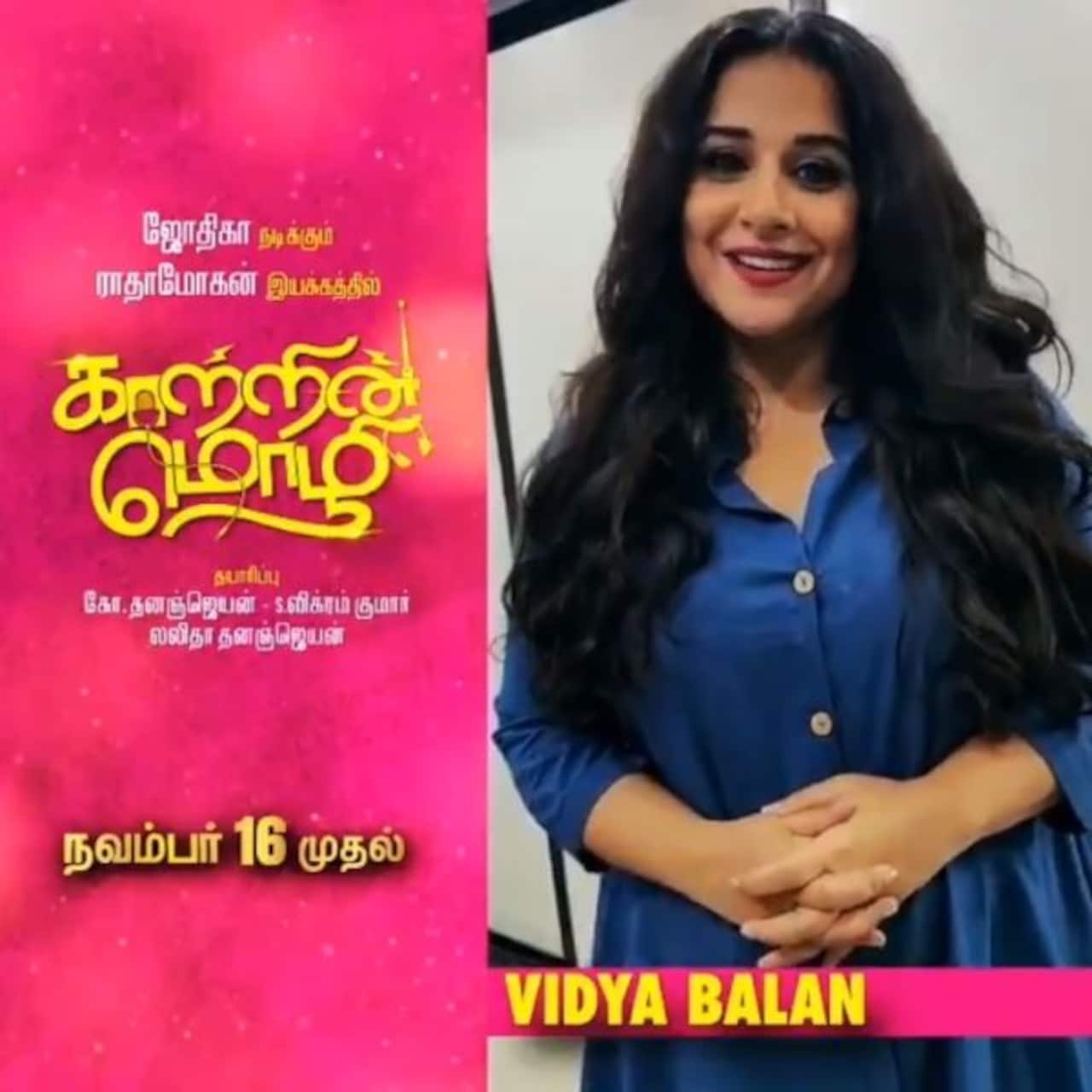 2016 Bollywood release Tumhari Sulu starring Vidya Balan is being remade in Tamil with Jyothika in the lead role. The remake is gearing up for release tomorrow, November 16, 2018 worldwide and buzz around the film is quite high. Ahead of the release, Vidya has sent her best wishes in this video message, and guess what? The actress has extended her wishes to the Kaatrin Mozhi lead actress in Tamil. Vidya, who has her roots in Kerala, wishes to Jyothika and the makers of the film good luck for the release. The video has gone viral on social media fans of the Hindi version of the movie are eagerly waiting for the Tamil remake. Also Read - Worst dressed celebs of the week: Priyanka Chopra, Malaika Arora, Rakul Preet Singh's curated looks miss the mark

Lovely gesture. The real Sulu #VidyaBalan extends her wishes to the team of #KaatrinMozhi, which hits the screens on Friday. #KaatrinMozhifromNov16th #Jyotika pic.twitter.com/KB4pXgzubX

Directed by Radha Mohan, Kaatrin Mozhi stars actor Vidarth in the lead role opposite Jyothika. The remake also features top Tamil star STR aka Simbu in a cameo and the actor will be seen sharing screen space with Jyothika after a long time. The two had acted in films like Manmadhan and Saravana many years ago and recently in Mani Ratnam-directed Chekka Chivantha Vaanam.

On the other hand, Vidya will soon be making her debut in Telugu cinema with the prestigious biopic on legendary actor N. T. Rama Rao. The biopic will be released in two parts – NTR Kathanayakudu and NTR Mahanayakudu – and Vidya will be seen playing Basavatarakam, wife of N. T. Rama Rao. NTR biopic features Nandamuri Balakrishna in the titular role and is directed by Krish Jagarlamudi.