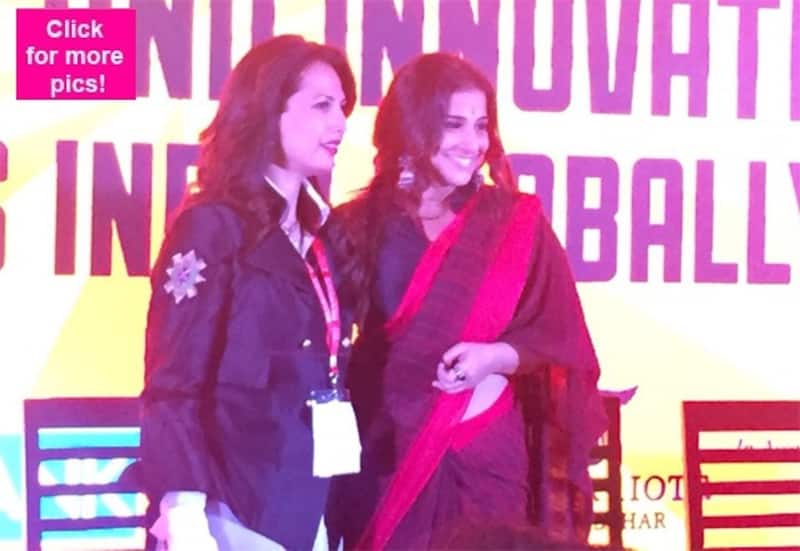 Vidya Balan is someone who can be called as pride of the film industry. She has been a part of the cinema fraternity for the longest time and career now spans almost 15 years. Also Read - Kartik Aaryan gaining 14 kgs for Freddy to Salman Khan piling 100 kgs for Sultan: Check how Bollywood stars gained weight for famous roles

She has given us many memorable movies like Parineeta, Paa, Ishqiya, No One Killed Jessica, Dirty Picture and Kahaani. But she is a great actress not only because of her films, but also because of her work off screen. Today was one such day. Also Read - Sonakshi Sinha, Aishwarya Rai Bachchan, Kareena Kapoor Khan and more Bollywood actresses who shut trolls for body shaming them for being 'big'

Coming out in support of the government's Make In India initiative, actress Vidya Balan was a guest of honour at the The Global Design and Innovation Session of the drive which was held in MMRDA ground in Mumbai. The event was based on creating India as a global brand to be proud of. The Kahaani star was looking really beautiful and graceful adorned in a traditional pink bordered saree. This social event was attended by a large number of people from the press and common public too. For an actress of her stature, she was looking very humble and happy to do her bit for her country. Also Read - From Double XL to Dum Laga Ke Haisha: Movies that showcase body positivity and school body shamers in the classiest manner

It was the second day of the Make In India campaign. The inauguration day of the event ended in a disaster as the entire stage caught fire and all the celebrities and general public had to be rushed out of the venue. With Vidya Balan carrying the torch on the second day, we really hope that this initiative is a success.