"Who needs credit when your director gifts you this card ?", posted Vidya Balan...

Vidya Balan is one of the best actresses of our times. In fact it won't be wrong to call her one of the best of all times. She was last seen in last month's Begum Jaan and will next be seen in Tumhari Sulu, where she plays the role of a radio jockey. On the other side there is Kangana Ranaut, another great actress. Who is in the midst of two controversies, for each of her films, Simran and Manikarnika. Also Read - National-award winning writer Apurva Asrani of Simran and Aligarh fame announces separation from partner Siddhant after 14 years

It so happened that Vidya Balan, who is busy with the shoot of her new film, posted a pic of her on her Instagram account where she was seen holding a customised fake credit card. Now what was interesting in that credit card was the content. It stated Vidya Balan's name with 'Additional credit card'. Also it mentioned 'Valid In All Suresh Triveni Films', Suresh Triveni being the director of the film. Also Read - Simran writer Apurva Asrani makes a snide comment after Hansal Mehta said directing the Kangana Ranaut starrer was a mistake

She captioned it, "Who needs credit when your director gifts you this card ?!! # Thankoo Suresh Triveni " Also Read - Simran writer Apurva Asrani opens up about battling Bells Palsy following a stressful fight with Kangana Ranaut 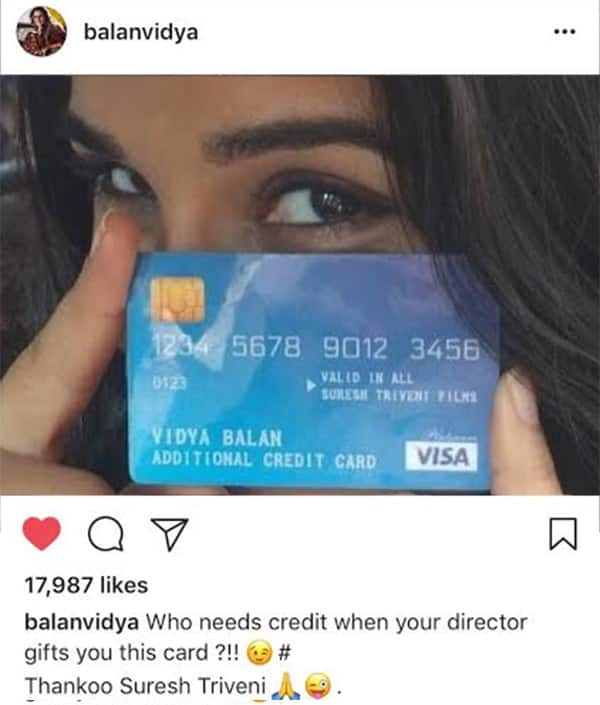 Her director reposted it with caption, "Jokes apart but no credit can ever justify anything for this genius called @balanvidya #rockstar#tumharisulu " Also read: Vidya Balan, Milind Soman, Nana Patekar and Rajshri Deshpande - Indian celebrities who have stood up for bringing a change in the society

Now, when we first saw the post we thought it to be a random joke she cracked (she has a quirky sense of humour and we can vouch for it) but it was later when, first Tanuj Garg, ex-ceo of Balaji films, posted the same image and he elaborated the joke with caption, "Picture 3 on 28.05.17.: What director saab #sureshtriveni did, before Sulu asked him for extra credits (He gave her a credit card!!)" 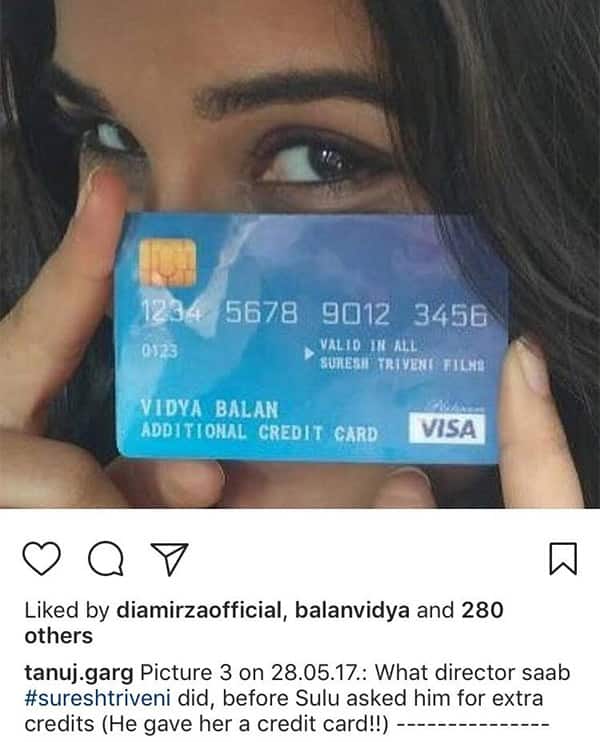 Actress Dia Mirza too joined in to have her doze of laughter. 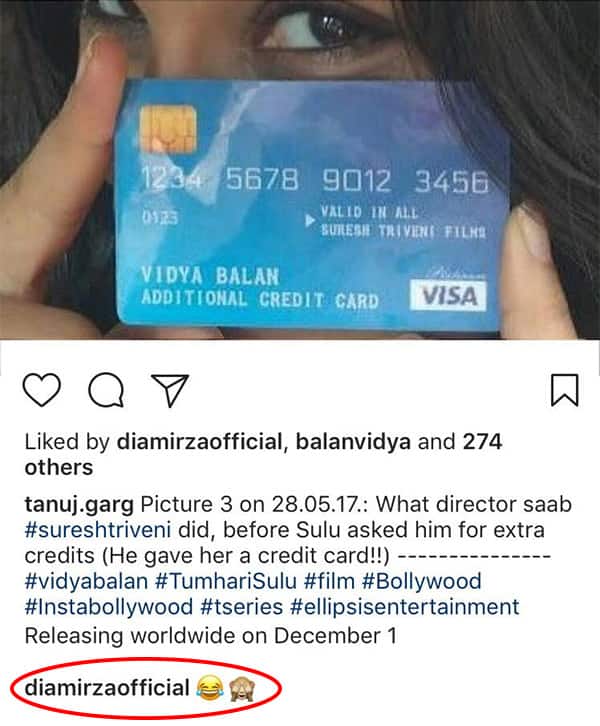 And finally it was writer and editor Apurva Asrani who shared the same image and wrote a caption which made it all clear. He wrote, rehashing Tanuj Garg's caption, "Before Vidya Balan could demand an 'additional credit' on her new film, her producer gave her this...Hilarious #TumhariSulu" 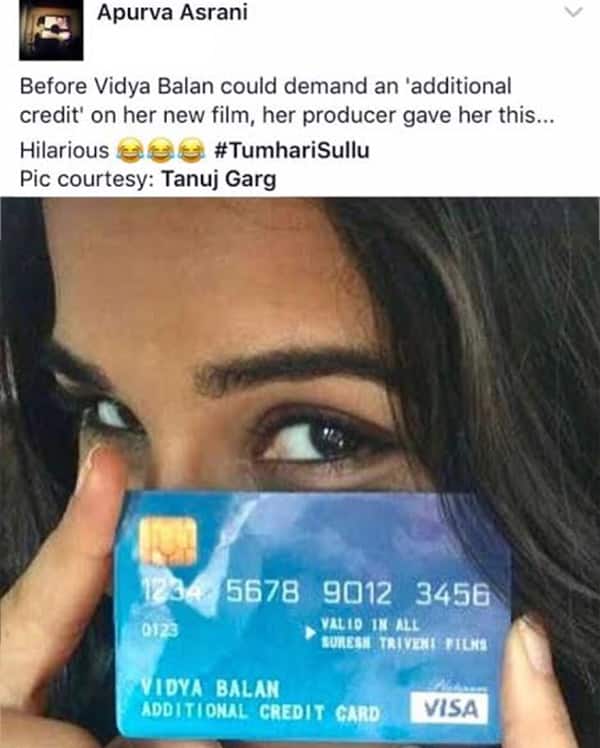 With the involvement of Apurva Asrani, this indeed seemed like a clear cut dig at Kangana Ranaut.

For the uninitiated, Apurva Asrani is the dialogue writer of Kangana Ranaut's upcoming Simran. Few days ago he had taken to social media after the first look poster of the film was launched, where he called out Kangana Ranaut, director Hansal Mehta and film producer Shailesh Singh for giving Kangana Ranaut the additional credit over himself. Check out the whole matter here, here, here and here. Also read: Simran teaser: Kangana Ranaut is quirky, cute and very notorious in Hansal Mehta's next

Interestingly, Vidya Balan had spoken in support of Kangana Ranaut during the whole Hrithik Roshan fiasco. She had then stated, "I appreciate the fact that she is standing for herself. And I think that is very creditable because as women, we find it very easy to stand up for other people for our family members, for our people or husbands or parents. But we rarely stand up for ourselves. She is standing up for herself; so kudos to her. More power to her for that."