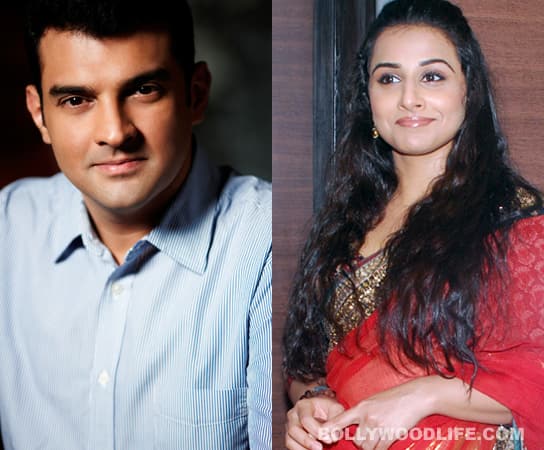 A little birdie chirped that the Ishqiya gal has gotten hitched to her UTV head honcho beau. True? We wish we knew!

If we had a rupee for every rumour that we heard about B-town stars, we would be living in Ibiza partying it up every day on the profits. But if we listened to only the true stories that float our way, we wouldn’t even be able to take a bus to the next stop! Here is a new one that we heard just today: Vidya Balan, the woman who is reportedly flaunting every curve she has and then some in her new film, Dirty Picture, has done the dirty with her reported beau. We are not talking about anything seamy or sleazy here, or anything a respectable family-oriented lady like Vidya (ahem ahem) would do, but the M word itself – marriage. Yes, according to one little birdie, the Ishqiya star has married her tall, wide and handsome man-friend, Siddhartha Roy Kapur, the man she was photographed holidaying in Goa with, the man we think she coyly refers to as “SRK” when she is asked about her personal life. And now the happy twosome is said to be honeymooning somewhere or the other. If this is really true, we wish Vid and Sid all joy. If this is another story, we wish we knew what the truth really is. But considering that we hear so many rumours which eventually turn out to be honest fact, we wonder what we should be thinking right now. After all, remember some of the other rumours we heard recently: Aishwarya Rai Bachchan is pregnant; Lara Dutta is pregnant; Bipasha Basu and John Abraham are no longer a couple; Katrina Kaif and Ranbir Kapoor are a couple...but wait, all those actually are true, aren’t they? Also Read - Deepika Padukone, Alia Bhatt, Kareena Kapoor Khan and 7 more Bollywood beauties who left their education mid-way for a career in Bollywood

Who is Aditya Roy Kapur? Also Read - Tuesday Trivia: Did you know Aishwarya Rai’s daughter Aaradhya Bachchan once thought Ranbir Kapoor was her father and also had a huge crush on him?

Can Vidya up her oomph factor in ‘Dirty Picture’?