After Sumona Chakravarti, Vidya Balan has also come out in support of Ranveer Singh's nude photoshoot saying let women also see and enjoy a Bollywood actor stripping down to his skin. 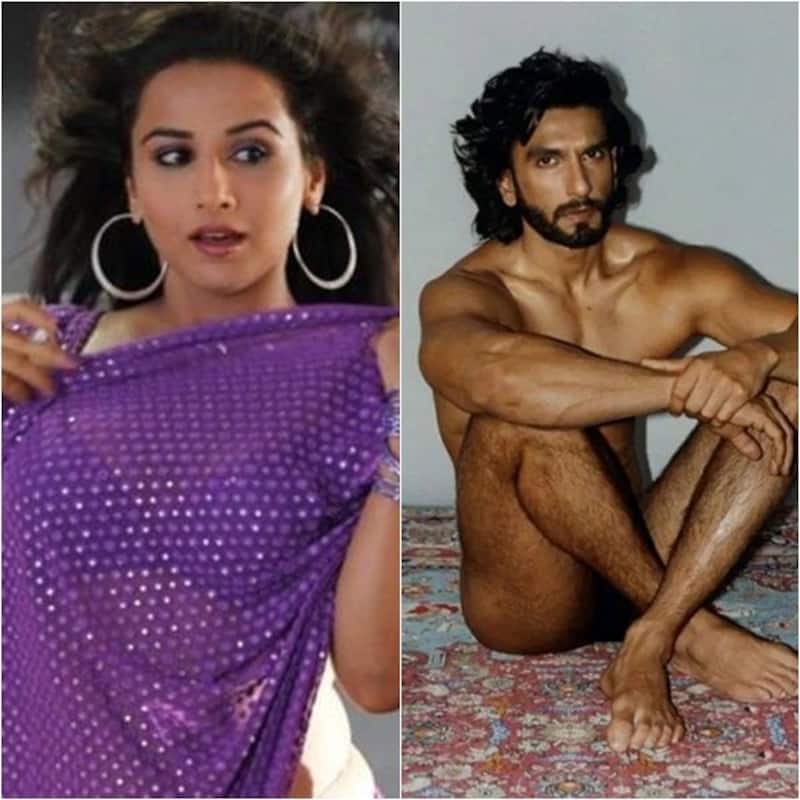 Ranveer Singh's nude photoshoot has become the talk of the town. The actor bared it all for the Paper magazine and broke the internet with his Greek God like physique. While people were going gaga over his naked pictures, a couple went on to file an FIR against Ranveer for obscenity, hurting sentiments of women in general and insulting their modesty. After Sumona Chakravarti, Vidya Balan has also come out in support of Ranveer's nude photoshoot saying let women also see and enjoy a Bollywood actor stripping down to his skin. Also Read - Laal Singh Chaddha vs Raksha Bandhan box office collection: Aamir Khan and Akshay Kumar starrers must beat THESE 2022 releases to avoid being the worst flops

When Vidya was asked about the FIR against Ranveer, she said, "Maybe they (people who filed the FIR) don’t have much work to do, hence they are wasting their time on these things. If you don’t like it, then close the paper or throw it, do what you wish to. Why get into an FIR?” Also Read - Katrina Kaif, Priyanka Chopra, Ranveer Singh and more Bollywood actors who got accused of throwing tantrums while on flight

A couple of days ago, The Kapil Sharma Show fame Sumona Chakravarti had reacted on the FIR saying, "I am a woman. Neither is my modesty insulted not my sentiments hurt.” She also shared a screenshot of the chat with her mother who shared her views on Ranveer's nude photoshoot by replying to her previous Instagram stories. "Pics were great. God knows which sentiments got hurt. Maybe they wanted to see more,” her mother wrote. To which, Sumona shared, "This is what my mother, also a woman had to say.”

The complaint was filed by a lawyer Vedika Chaubey and her husband Abhishek Chaubey who runs an NGO. The Mumbai Police booked Ranveer under sections 292 (sale of obscene books), 293 (sale of obscene objects to young people), 509 (word, gesture or act intended to insult the modesty of a woman) of the Indian Penal Code and provisions of the Information Technology Act.