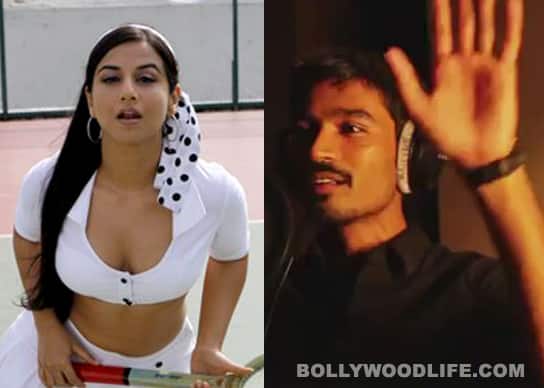 There is no doubt that Kolaveri di is the sensation of the year, but Vidya Balan’s oomph, chutzpah and dirty moves have scored over Dhanush’s unique musical creation. Ooh La La has become the most watched mobile clip of 2011

This a classic example of what a woman can do with her sensuality and boldness. When it comes to entertainment, women power seems to rule on the big screen and even on the small mobile screen! Vidya Balan has proved this point unabashedly not just with her sizzling moves but also with her unapologetic and bold acting in the film The Dirty Picture. A recent survey conducted by a mobile company has thrown up some interesting data. Giving tough fight to the talk of the town Kolaveri di, Vidya's belly jiggling, bosom heaving and booty shaking moves in Ooh la la have made it the most watched video on mobile. More than 13 lakh people viewed vidya’s Ooh la la song on their cellphones this year compared to lowly 56,000 people who watched Kolaveri di. But here’s an interesting prophecy which can turn the table in singer Dhanush’s favour. Given the fact that Kolaveri is slowly gaining the much coveted International appeal, the song is slated to have more takers in the new year. For now though it’s Vidya’s Ooh la la all the way! Also Read - These Bollywood movies STREAMING on ZEE5, Jio Cinema, Netflix and more OTT platforms were banned in Pakistan for bizarre reasons