Amidst all the break ups and divorces we hear day to day in celebrity world, this couple has been going strong for 16 years

Behind every successful man, there is a woman. This phrase does hold true in Illayathalapathy Vijay's life. Before marrying Sangeetha, he was an actor. But only after meeting his better half, Vijay became a superstar and is now a force to reckon with in Tamil cinema. Also Read - Here's what Ilayathalapathy Vijay has to say about Modi's demonetisation act

On August 25,1999, Vijay tied a knot with Sangeetha. Now it has been 16 years since their marriage and their bond seems to be stronger than ever. Never have we ever heard rumours of affairs or link ups with Vijay, neither have we ever heard of any problem in Vijay and Sangeetha's marriage life. They are the perfect example of a happy married couple in real life. Just like her humble husband, Sangeetha never demands attention and quietly acknowledges Vijay's success by being by his side. Celebrating their 16 years of togetherness, I bring you some pics of Vijay and Sangeetha in marital bliss: Also Read - What is common between Vijay's Theri and Rajinikanth's Kabali? 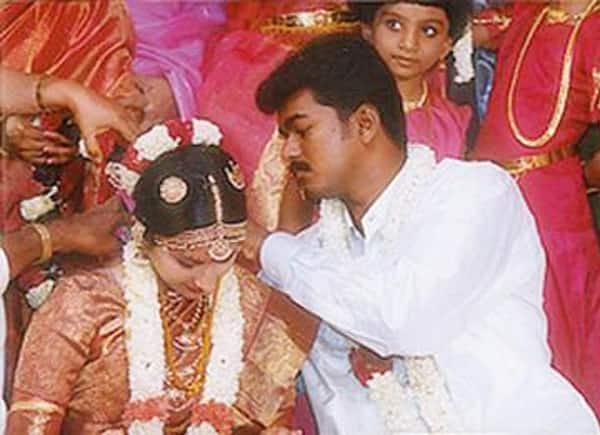 Vijay and Sangeetha on their marriage day on August 25,1999 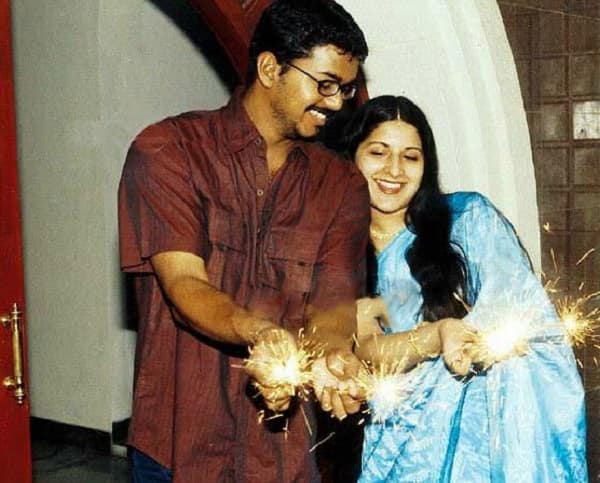 Vijay and Sangeetha celebrating Diwali together 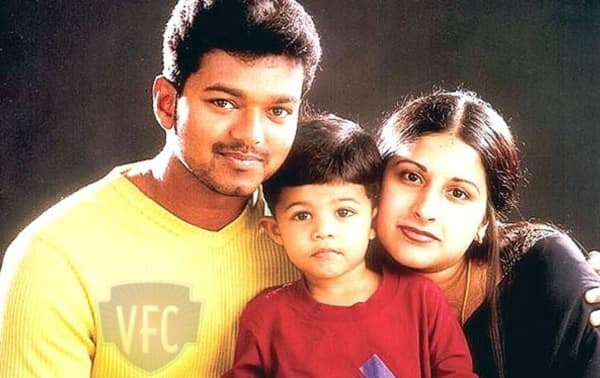 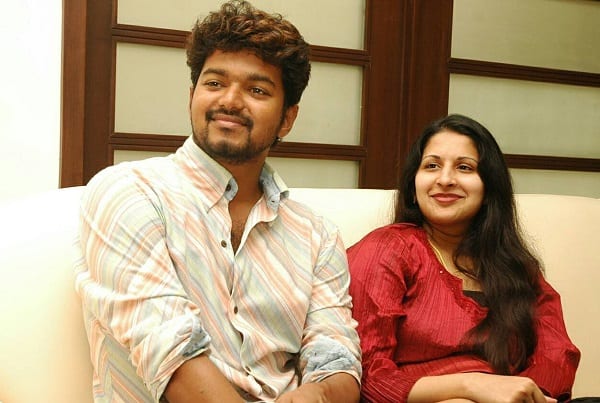 Vijay and Sangeetha beaming together at an interview 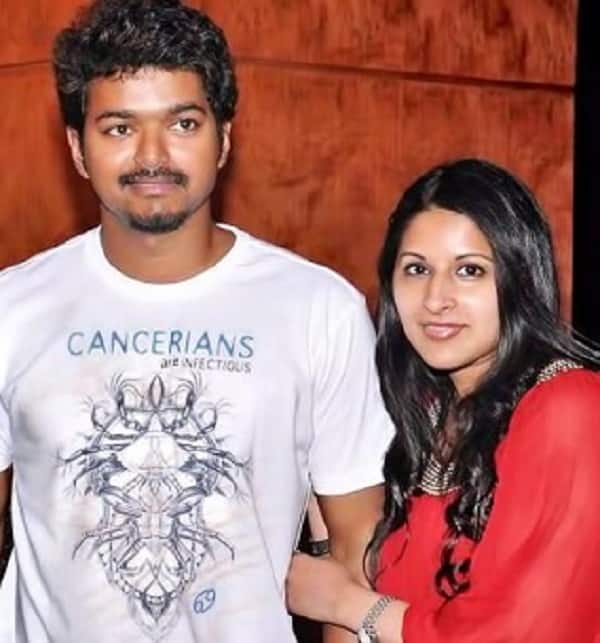 Even after so many years of marriage, this couple doesn't seem to be growing old 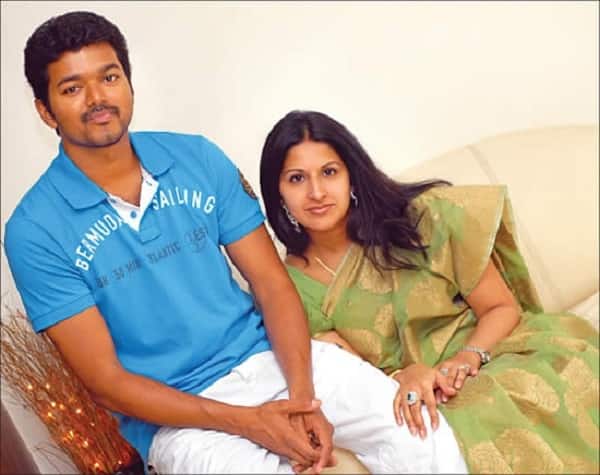 We wish a very happy wedding anniversary to superstar Vijay and his wife Sangeetha.