Vikram Vedha: Hrithik Roshan and Saif Ali Khan not promoting the film together for THIS reason? [Exclusive]

Vikram Vedha is all set to release on 30th September 2022, but Hrithik Roshan and Saif Ali Khan are not promoting the film together. Read on to know more... 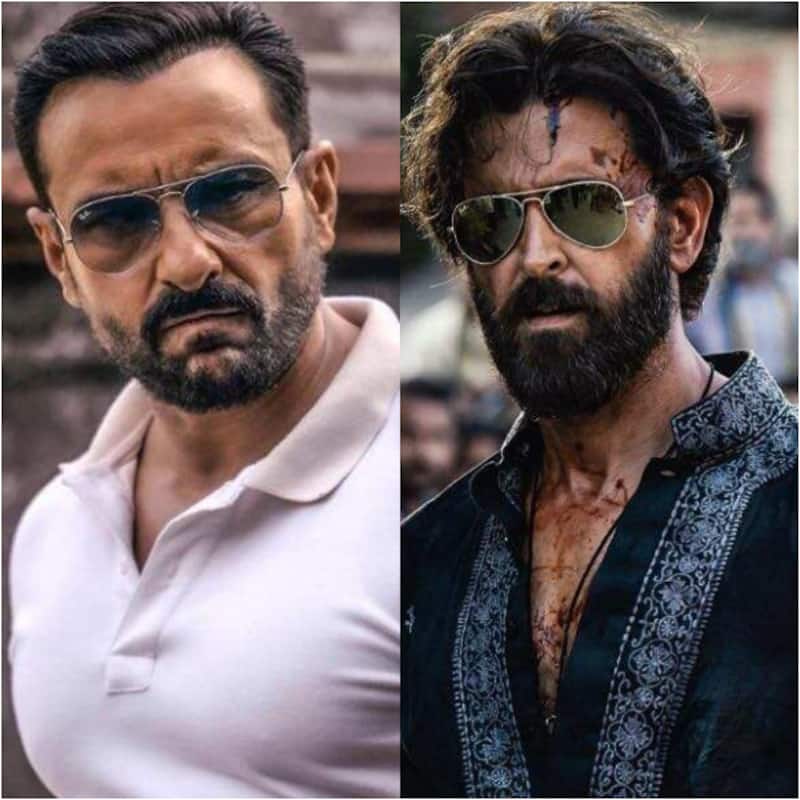 Vikram Vedha starring Hrithik Roshan and Saif Ali Khan is all set to release on 30th September 2022. The promotions of the film have been minimal, but thanks to the trailer and songs, the movie has created a great pre-release buzz. We have always seen that when a two-hero film is slated to release, both actors come together and promote it. However, that’s not happening with Vikram Vedha. We haven’t seen Hrithik and Saif together at the promotions. If Hrithik is promoting the movie at an event, Saif is not there, and when Saif is at the promotions, Hrithik is missing. So, does this mean that all is not well between the two actors? Well, the answer is ‘no’. Also Read - Hrithik Roshan and Saba Azad to move in together: Vikram Vedha actor REACTS

Everything is well between Hrithik and Saif, but BollywoodLife has learnt that this is just a marketing strategy. Hrithik and Saif are pitted against each other in the movie, and that’s why the makers don’t want to show their off-screen camaraderie during the promotions. So, this is said to be the reason behind them not promoting the film together. Well, we have to say that this is surely an interesting strategy. Also Read - Radhika Apte expresses unhappiness with her small role in Vikram Vedha: I did the film as I wanted to work with...

Something similar was done during the promotions of War and it had also made it to the entertainment news. Hrithik Roshan and Tiger Shroff had not promoted the film together, but after the film’s release, a success event was organised and both the actors had come together for it. Also Read - Hrithik Roshan's post on brain focusing on 'NEGATIVE' after Vikram Vedha box office failure leaves fans wondering and worried

Let’s hope that after Vikram Vedha releases and becomes a success, the makers of the film also plan an event where we get to see Hrithik and Saif together.

Vikram Vedha is expected to do well at the box office. The advance booking reports have been good, recently Rakesh Roshan and Kareena Kapoor Khan watched the film, and shared their reviews on social media. While Senior Roshan called it ‘terrific’, Kareena posted that it’s a ‘blockbuster’.