Hrithik Roshan and Saif Ali Khan's transformation into a dreaded gangster and tough cop in the Pushkar-Gayatri directorial Vikram Vedha has managed to strike the right chord with the audience. 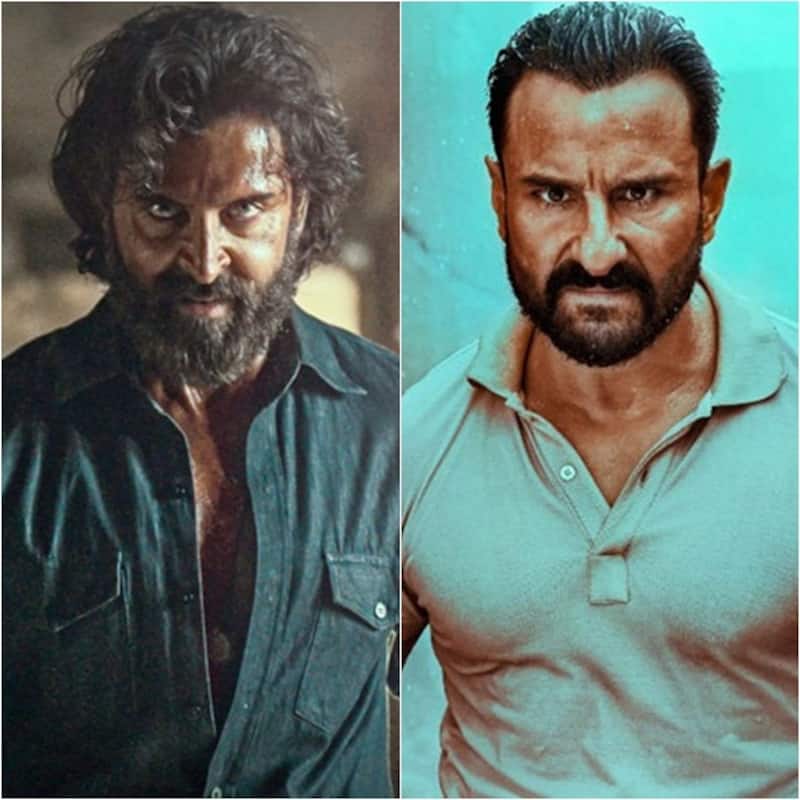 Hrithik Roshan and Saif Ali Khan have left everyone jaw-dropped with the gritty trailer of their upcoming action thriller Vikram Vedha. The two handsome hunks have been pitted against each other in this gore cat-and-mouse chase which has managed to strike the right chord with the audience. As the makers are gearing up for the film's release, we take a look at the transformation of Hrithik and Saif into a dreaded gangster and tough cop in the Pushkar-Gayatri directorial. Also Read - Vikram Vedha: Saif Ali Khan says he is 'left wing' and a 'liberal' then adds, 'I probably shouldn't say these things anymore today'

A few days ago, the makers had given a glimpse into what went in the making of the two strong characters of Vikram Vedha. The BTS videos showcase how Hrithik and Saif immersed themselves into their characters Vikram and Vedha to bring them to life for the big screen. Also Read - Vikram Vedha star Hrithik Roshan opens up about his sons Hridaan and Hrehaan's opinion about his films

In the first BTS video, Saif is seen preparing for his Vikram character. It gives a glimpse of all the action, team work and fun that everyone had while shooting for different sequences. Saif can be seen bringing out the best of him as Vikram who is seen in action on the hunt for Vedha. He can also be seen goofing around and immersed in discussions between takes. Also Read - Vikram Vedha-Ponniyin Selvan, Thank God-Ram Setu and more; biggies that are all set to clash at the box office

In the second BTS video, Hrithik can be seen showcasing the different shades and quirks of Vedha. This is seen in his never seen before avatar. Hrithik will be seen sporting 3 different looks in the film, which also marks his 25th film of his career. He looks dedicated and true to his character of Vedha.

Vikram Vedha has been written and directed by Tamil director duo Pushkar-Gayatri, who have also directed the original film featuring R Madhavan and Vijay Sethupathi. The film will revolve around the two characters of Vikram and Vedha with loads of twists and turns that will keep unfolding throughout the film. The movie will hit big screens globally on September 30, 2022.