Vikram Vedha: Hrithik Roshan does 'a little excited-nervous dance' as he wraps up the film with Saif Ali Khan

Hrithik Roshan and Saif Ali Khan wrap up the shooting of Vikram Vedha. The former took to Twitter to inform his fans about it. Read on to know more... 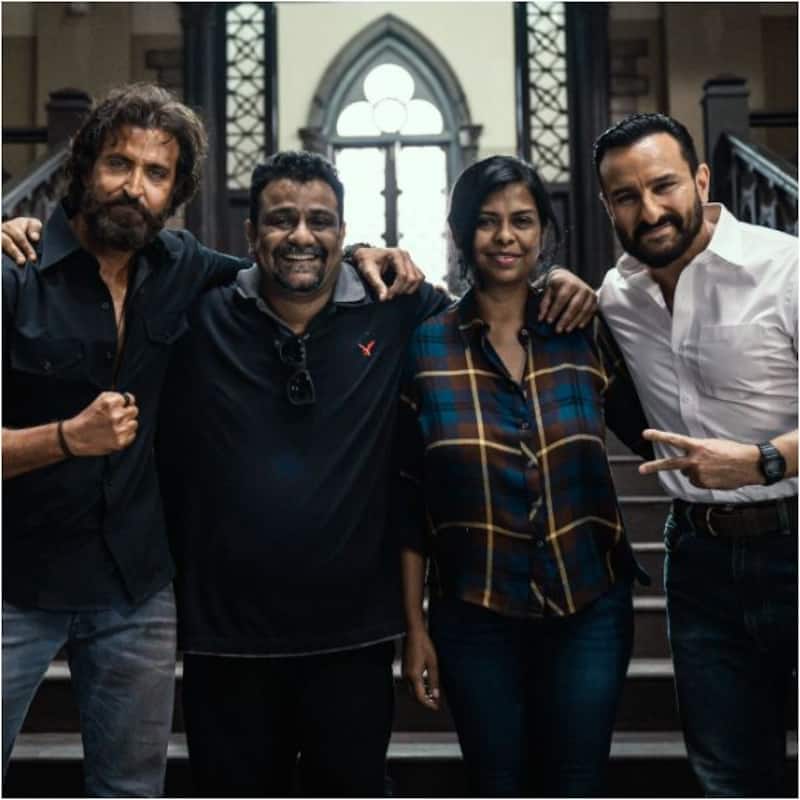 Vikram Vedha starring Hrithik Roshan and Saif Ali Khan is one of the most awaited films of the year. Fans of Hrithik will get to watch him on the big screen after a gap of nearly three years, and the actor’s look as Vedha has impressed one and all. Even Saif is looking quite promising as Vikram in the film. Recently, the shooting of the film was wrapped up and Hrithik took to Twitter to share a few pictures from the sets. Also Read - Trending Hollywood News Today: Lindsay Lohan sparks marriage rumours; Jungkook and Charlie Puth in a BL relationship and more

It's a wrap for Vikram Vedha

Hrithik Roshan posted, “As we called it a wrap on set, my mind is flooded with all the happy memories, testing times, action, thrill and hardwork we all have put into #VikramVedha. Doing a little excited-nervous dance in my head today.. as we inch closer to our release date. See you at the cinemas.” Also Read - Trending Entertainment News Today: Kaali's poster with a Goddess smoking draws flak, Top Bollywood actress having trouble adjusting with in-laws and more

Vikram Vedha is a remake of a Tamil film of the same name. The original movie starred Vijay Sethupathi and R Madhavan in the lead roles. Pushkar–Gayathri, who had directed the original film, also helmed the remake. Also Read - Bigg Boss OTT 2: Ranveer Singh will NOT replace Karan Johar as the host of the web series of controversial reality show

While Hrithik and Saif’s fans are excited for the film, a few netizens are not keen on the movie as it’s a remake. A netizen wrote, “Hindi Remake of a popular movie which is available on YouTube in Hindi. Kyun koi theatre jaaega?”

Hindi Remake of a popular movie which is available on YouTube in Hindi.
Kyun koi theatre jaaega? ?

Vikram Vedha is slated to release on 30th September 2022. The first looks of Hrithik and Saif were unveiled a few months ago. The movie will be clashing with Mani Ratnam’s pan-India film Ponniyin Selvan – Part 1. The teaser of the Vikram-Aishwarya Rai Bachchan starrer will be out in the first week of July.