Vikram Vedha: Hrithik Roshan-Saif Ali Khan starrer makers open up on the remake; reveal it is not 'Bollywoodised' 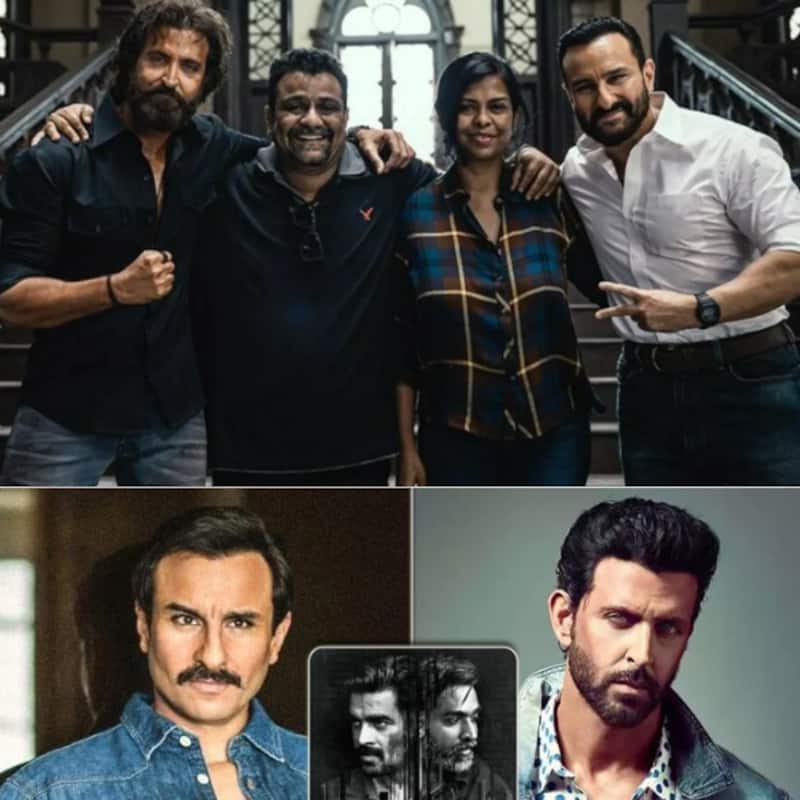 In an interaction with Hindustan Times, Pushkar and Gayatri share that they have an idea of how to make films in a certain and that they are going to stick to the same. Pushkar shared that he hopes people won't think kg it as Bollywoodised or anything. He adds that there had been no pressure on them both to make the film in a certain way from anyone. "There has been no pressure from the producers or distributors saying films here have to be made a certain way," he says before adding that the producers had approached them after watching Vikram Vedha and liking it. They expressed the desire to remake the film in Hindi with them serving as the directors. Also Read - Saif Ali Khan Birthday Special: The net worth of Vikram Vedha actor will leave you stunned [video]

The major difference between Vikram Vedha Tamil and Hindi remake

If reports are anything to go by, Hrithik Roshan and Saif Ali Khan's Vikram Vedha is being made on a budget of whopping Rs 175+ crores. The Tamil original's budget was about Rs 11 crore. Pushkar reacted to the Hindi remake and shared that the scale of Hrithik and Saif's film is much bigger and it has only given them scope to explore and do more things in the film. Also Read - Saif Ali Khan birthday special: Palace in Bhopal to a chalet in Switzerland; a look at the most expensive properties owned by Vikram Vedha actor

Apart from Hrithik Roshan and Saif Ali Khan, Vikram Vedha also stars Rohit Saraf, Radhika Apte, Sharib Hashmi and others. In Vikram Vedha, Saif plays Vikram while Hrithik plays Vedha, which were played by R Madhavan and Vijay Sethupathi in the original. Vikram Vedha is scheduled for a September 30, 2022 release.