Instead of Hrithik Roshan, R Madhavan, who played the role of Vikram in the original Tamil blockbuster, wants to see if Saif Ali Khan can beat his performance since he is playing his role in the Hindi remake. 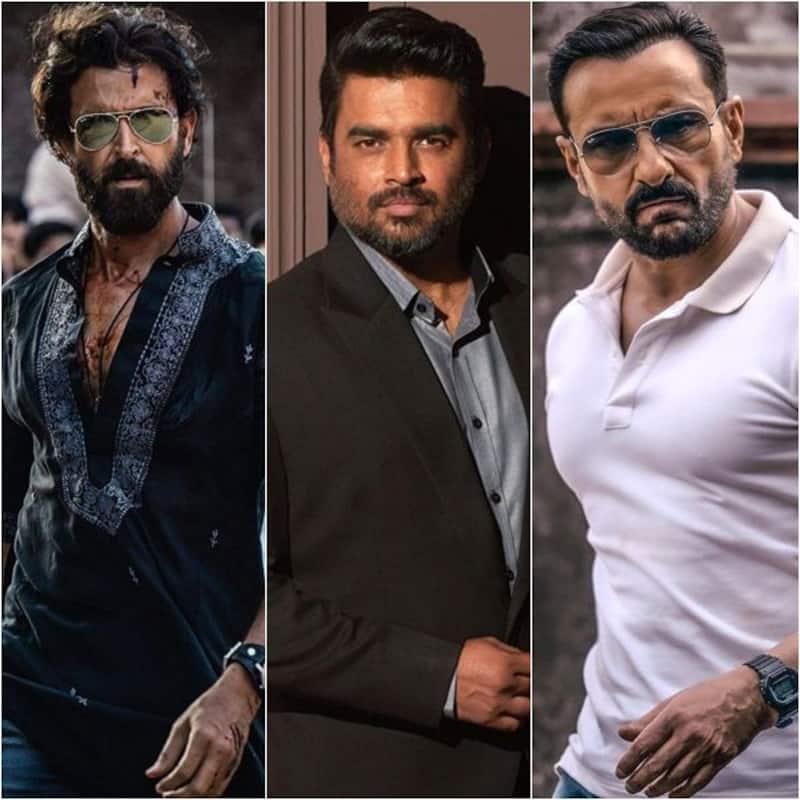 R Madhavan speaks his mind and doesn't want to sound diplomatic while answering questions. We all know that Hrithik Roshan and Saif Ali Khan are acting together in the Hindi remake of Vikram Vedha after 20 years. This original Tamil blockbuster starred R Madhavan as Vikram and Vijay Sethupathi as Vedha. While Madhavan is quite excited for the remake, he wants to see if Saif can beat his performance since he is playing his role in the remake. Also Read - Independence Day 2022: Shah Rukh Khan, Aamir Khan, Akshay Kumar and more Bollywood actors who highlighted 'Best of Bharat' by playing lesser-known real-life heroes

"I do not want to give you a very diplomatic answer. Hrithik Roshan is awesome looking, but I am really looking forward to Saif’s performance because he is playing me. I want to know whether he will beat me, and make it more convincing because I have a feeling he will,” Madhavan told Bollywood Hungama. Also Read - Laal Singh Chaddha actress Kareena Kapoor Khan detaches herself from the film's 'boycott' trend; falls back on her two pillars Saif Ali Khan and Taimur [View Pics]

Talking about the filming experience with Hrithik and Saif, the directors Pushkar and Gayatri said in a joint statement, "It's been an exhilarating experience shooting with the leading superstars of our country Hrithik and Saif. With our super talented and amazing crew, we've been able to achieve what we had envisioned at a script level. We can't wait to show our film to the audiences."

The film is based on the Indian folktale Vikram Aur Betal, and is an edge-of-the-seat action crime thriller which tells the story of a tough police officer who sets out to track down and hunt a menacing gangster. The film is undoubtedly one of the most anticipated movies as it marks the return of two superstars collaborating in a high-octane action film after two decades.