Hrithik Roshan's girlfriend Saba Azad and ex-wife Sussanne Khan have given a shout-out to his upcoming mass entertainer Vikram Vedha on social media. 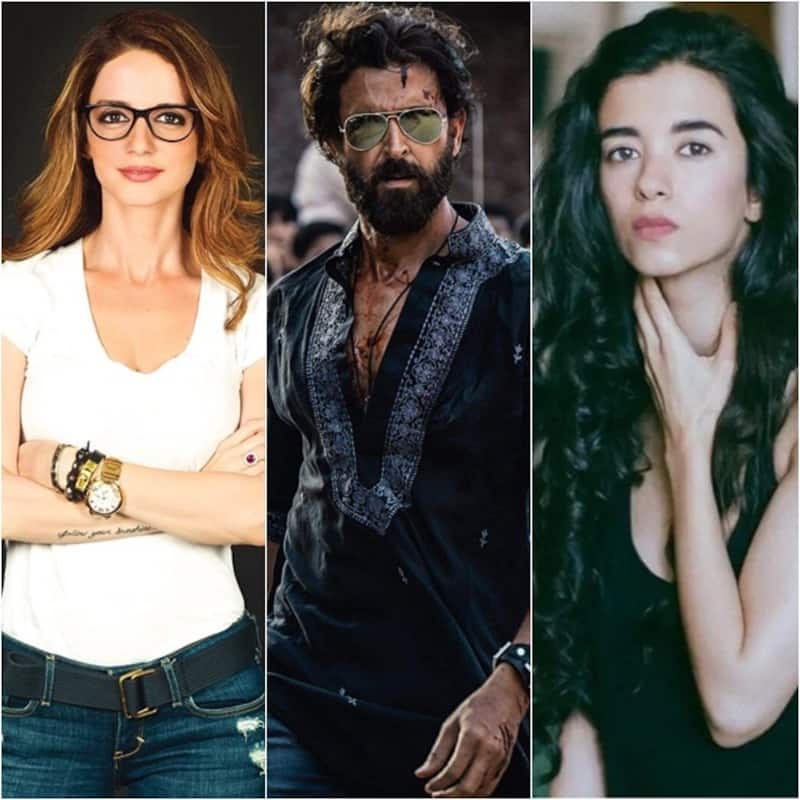 Hrithik Roshan and Saif Ali Khan are all set to take over the big screen with their upcoming cop-gangster drama Vikram Vedha. A day before its release, Sussanne Khan has given a shout-out to her ex husband's film by calling it a huge blockbuster. Also Read - Ranveer Singh-Deepika Padukone, Shah Rukh Khan and more celebs who own the MOST expensive homes; check insane costs

She took to Instagram to pen appreciation note for Hrithik and Saif saying, "RA RA RA RA…Rooooom this is by far one of my favourite movies ever!!! Superrrrbly gripping and full of Thrillssss!! Congratulations @hrithikroshan @saifalikhan_online and the entire team… for this tremendous entertainer!!! this one is going to be a huggge BLOCKBUSTER." Also Read - IMDb Most Popular Indian Stars of 2022: Dhanush tops the list, followed by Alia Bhatt, Aishwarya Rai Bachchan and Samantha Ruth Prabhu

Hrithik's girlfriend Saba Azad also posted the film's teaser on Instagram and urged her fans to book their tickets to watch the film in theatres. Saba has been supporting Hrithik ever since they began dating and their bond looks great. Also Read - Malaika Arora-Arbaaz Khan, Hrithik Roshan-Sussanne Khan and more Bollywood couples who remained good friends even after divorce 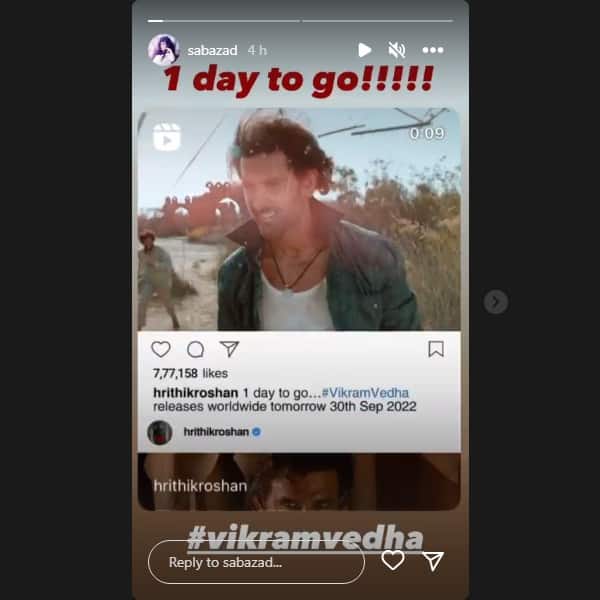 Recently, Hrithik had said that India has a treasure of folk tales and mythology that can act as a fodder to tell stories on the celluloid. The basic idea of Vikram Vedha is based on the Indian mythological story of Vikram and Betaal. "We have so many of such stories in our mythology and folklore. I think we need to re-look at this treasure, there's so much fodder in there from a storytelling point of view," he had told the media.

Movie reviews for Vikram Vedha have started pouring in and film critics are going gaga over this mass entertainer. In the film, Saif plays an encounter specialist Vikram while Hrithik Roshan is Vedha, a gangster. It is a Hindi remake of the 2017 Tamil movie of the same name, starring R Madhavan and Vijay Sethupathi. It also stars Radhika Apte and is directed by Pushkar-Gayatri who also helmed the original Tamil film.