Vikram Vedha: Teaser of Hrithik Roshan and Saif Ali Khan starrer to be out on THIS date; fans can't keep calm [View Tweets]

Hrithik Roshan and Saif Ali Khan starrer Vikram Vedha is slated to release on 30th September 2022, and it has been revealed that the teaser of the movie will be out soon. Read on to know more... 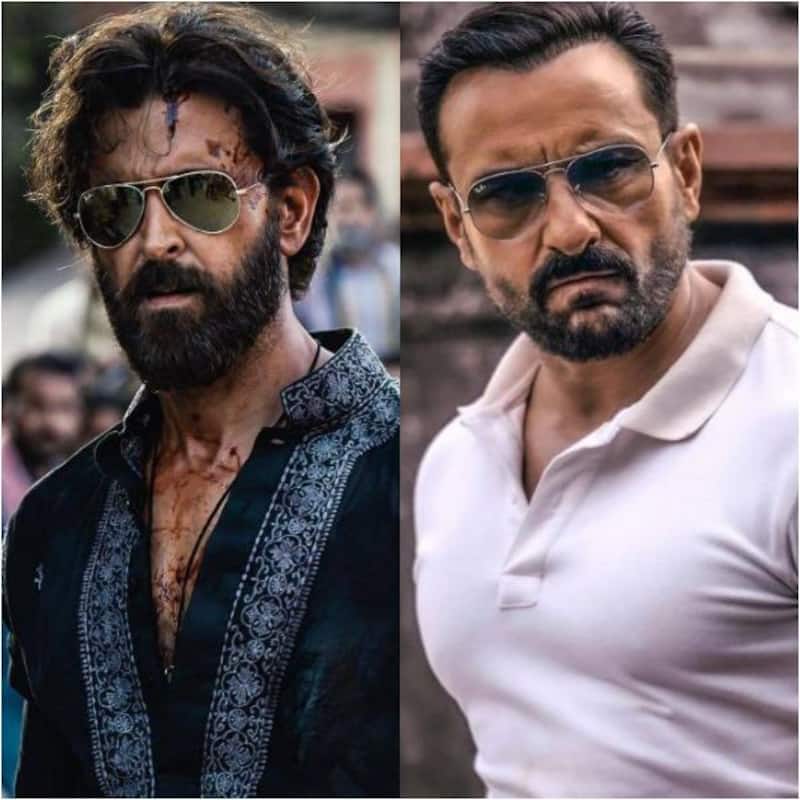 Vikram Vedha is one of the most awaited films of the year. It stars Hrithik Roshan and Saif Ali Khan in the lead role, and it is slated to release on 30th September 2022. While the makers have released the first looks of Hrithik and Saif, everyone has been eagerly waiting for the teaser or the trailer of the movie. Finally, the wait will be over soon as the teaser of Vikram Vedha will be shown in theatres along with Laal Singh Chaddha and Raksha Bandhan. Also Read - Rocketry The Nambi Effect success party: THIS Vikram Vedha actor makes a surprise entry at R Madhavan's bash

A source told Bollywood Hungama that the teaser won’t be attached to the prints of Aamir Khan and Akshay Kumar starrers, but the theatres have been asked to show the teaser to the audience when they come to watch these biggies. The source said, “As expected, exhibitors are more than happy to accept this request as Vikram Vedha is one of the most anticipated films of 2022.” The source also told the portal that before the teaser hits the big screens, it will be released online on 9th or 10th August. Also Read - Hrithik Roshan-Saba Azad walk hand-in-hand at airport; netizens age-shame them, 'I thought she was his daughter'

So, now all the Hrithik Roshan and Saif Ali Khan fans will be excited to watch Laal Singh Chaddha and Raksha Bandhan in theatres as they will get to watch the teaser of Vikram Vedha with it on the big screens. Also Read - Hrithik Roshan to marry Saba Azad? Here's what a celebrity astrologer had predicted about Vikram Vedha actor's second marriage

Fans are already excited for the Vikram Vedha teaser. A fan tweeted, “So Finally The much Awaited #VikramVedha teaser will be out on 11th August!! aap Maza ayega Bhidu.” Check out the tweets below…

So Finally The much Awaited #VikramVedha teaser will be out on 11th August ?!! aap Maza ayega Bhidu

Tbh,if the news is true,I am happy that they waited for the biggies to attach the teaser. If trailer gets attached to brahmastra then it will have momentum going into release week. Its better than loosing hype by releasing everything way before.#VikramVedha

Some reports on Twitter also suggest that as the teaser will be released with Laal Singh Chaddha and Raksha Bandhan, the trailer will be out with Brahmastra. However, there’s no confirmation on it.

Vikram Vedha is a remake of the Tamil film of the same name. It is directed by Pushkar–Gayathri who had also helmed the original movie.