Virasat, Pardes, DDLJ - 8 films where Amrish Puri was more than just a Mogambo! 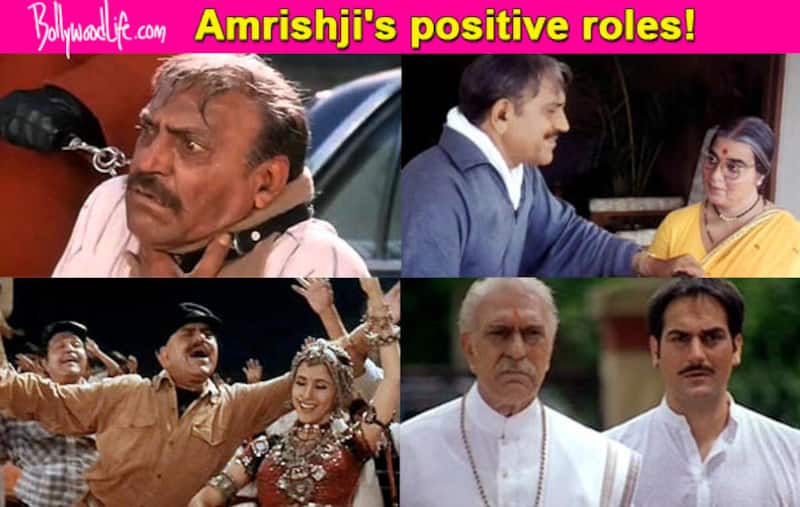 Looking at such roles where Amrish Puri loved the heroes and not beat them to a pulp!

Yesterday was the late and great Amrish Puri’s 83rd birth anniversary. If there was ever a list of Bollywood acting legends who people would remember for generations to come, Amrish Puri would surely and definitely be there on that list! After all, who, just who can forget Mogambo from Mr India? Or the scary looking Bhairav from Nagina? The greatest villain of all times even frightened the West with his terrifying portrayal of Mola Ram in Indiana Jones and The Temple of Doom. Also Read - Ranveer Singh-Deepika Padukone, Aamir Khan-Karisma Kapoor and more Bollywood stars who shared the hottest lip-lock scenes [View Pics]

But we are not going to look at all such roles in this feature. We want to remind you, the readers, that Amrish Puri was also an excellent character actor whose positive roles too made a huge impact on the audience. Let's go through eight such films where Amrish Puri was as a loveable as a teddy bear! Also Read - R Madhavan's Rocketry: The Nambi Effect to become a success like The Kashmir Files? Vivek Agnihotri reacts

Okay, he may not exactly be a teddy bear here, at least for Raj and Simran. He may look scary as the strict and traditionalist Bauji on the outside, but inside, he is soft as a marshmallow. That' why we rooted for him when he crooned O Meri Zohrajabeen to his wife, or when he finally let go off Simran's hand so that she could elope with her lover. Bauji, you rock! 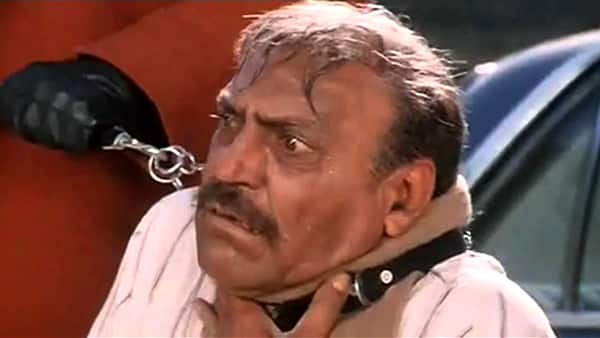 Ghatak is perhaps one of Amrishji's finest performances and he deservedly won the Filmfare award for the best supporting actor. This was a film where he could easily be the baddie, but he let Danny take that honour while he was content with playing Sunny Deol's good-hearted father. 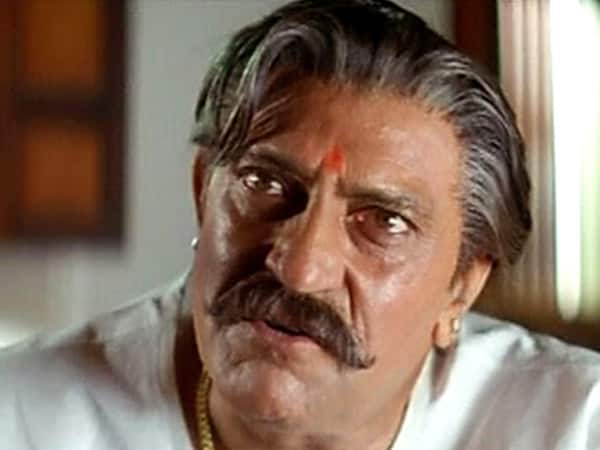 Amrish Puri reprised the role played by the legendary Sivaji Ganesan in the original, but he puts in so much commitment to the role that he owed it to the core. 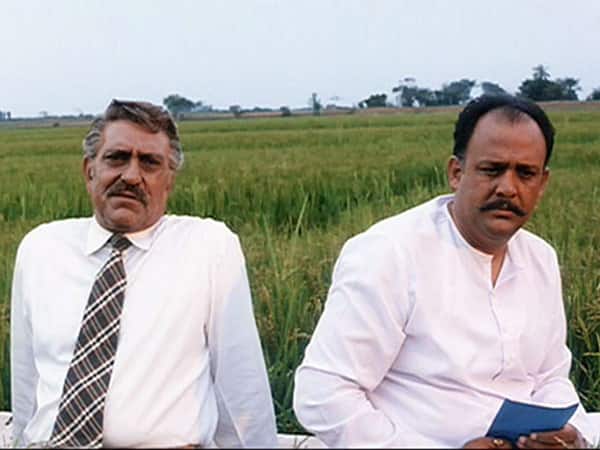 As the desi-loving, yet somewhat hypocritcal father in Pardes, Amrish Puri provided some fine moments, especially in his scenes with SRK. And you can't help but join him, when he sings Yeh mera India...I love my India! 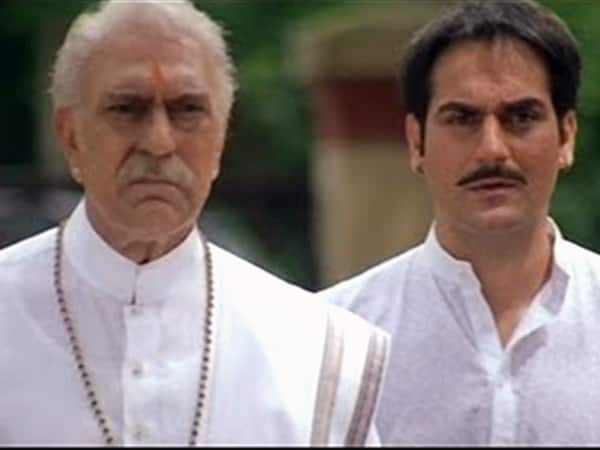 He again playing a strict disciplinarian father in this Priyadarshan comedy. Even though he plays tough with his kids, we can't help but love the guy, especially when he finally allows his errant kids back in his house! 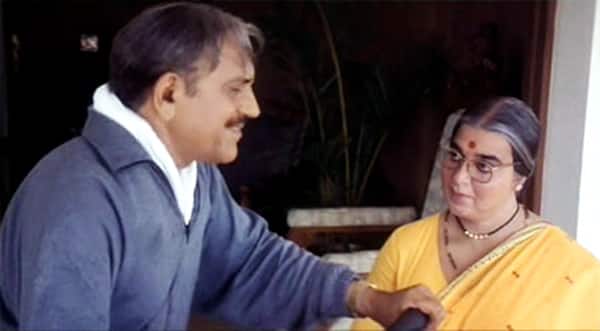 Who says Amrish Puri can't do comedy as much he loves tyranny? In this funny Kamal Haasan flick, he features in some of the best comic moments of the film. Watching him go ga-ga over Kamal Haasan in drag and later competing with Paresh Rawal over the 'woman's' affections are truly howl-arious! 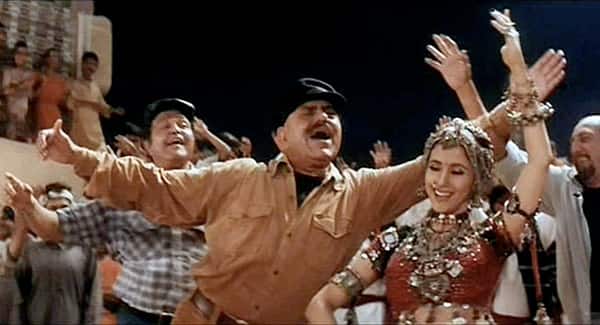 In this very under-rated Rajkumar Santoshi dacoit saga, Amrish Puri plays a racist ex-military hero, wary of Naseeruddin Shah's Muslim character, but finally becoming friends with him in their quest to catch a dreaded dacoit. He provides some of the funniest moments of the film. 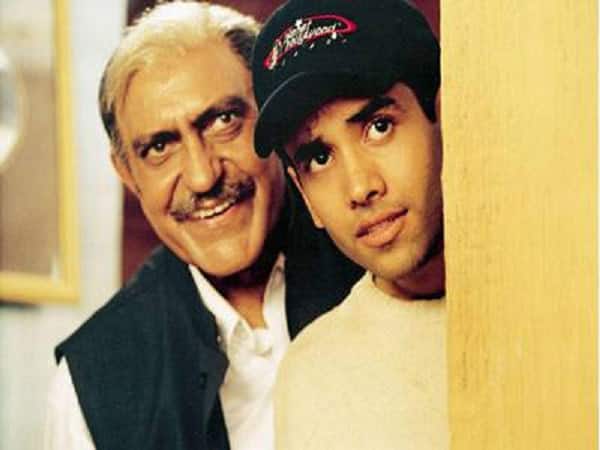 While in most of the above films, he retains some kind of tyranny, but in MKKH, he plays the whitest character of his career. His chemistry with his grandson, played by Tusshar Kapoor, and his love tips make us wish if we were his grandchildren!

Any other movie where you loved our dear Bad Man in a very good role? Let us know..